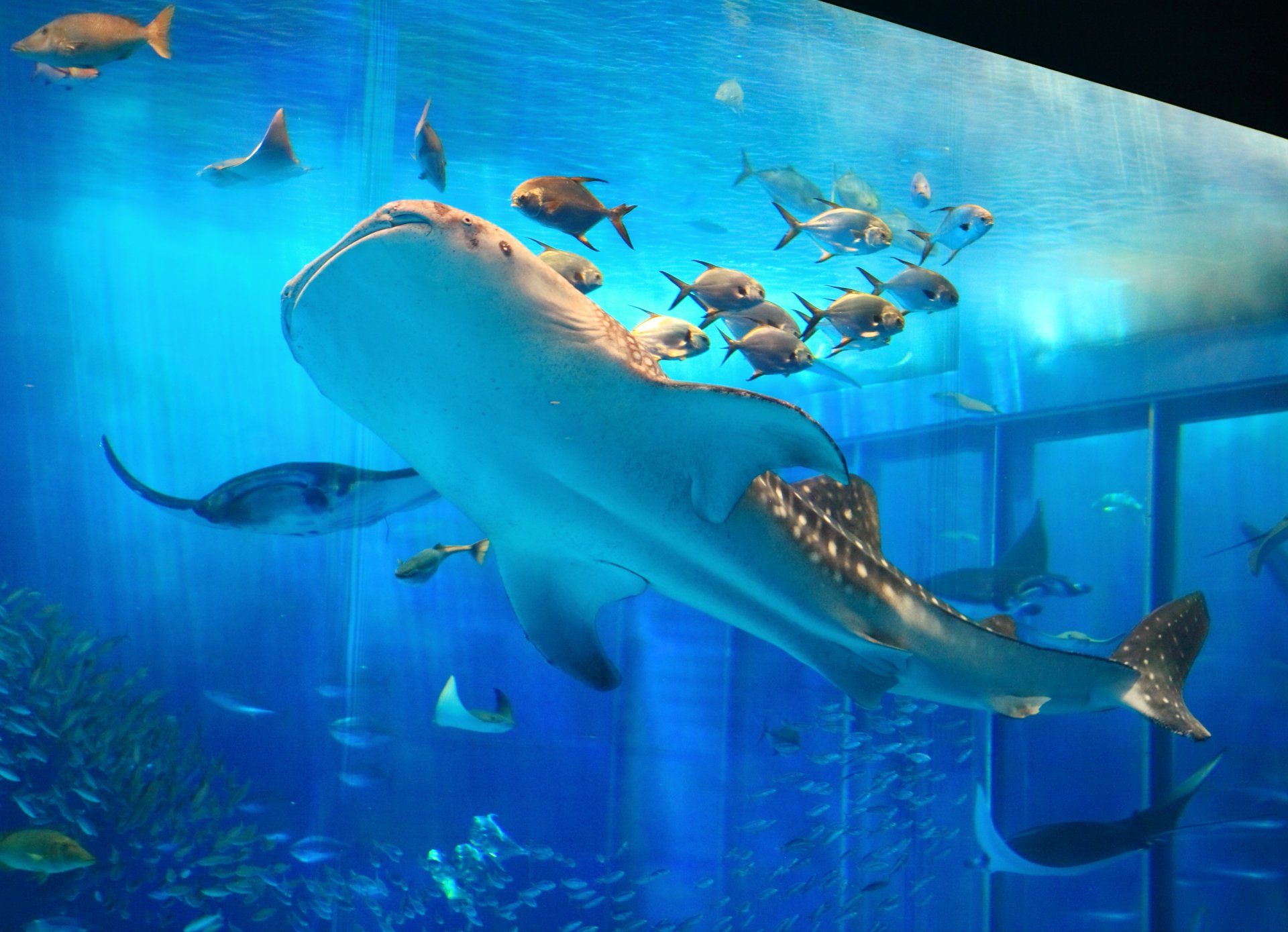 A whale shark can be seen swimming, not in the ocean, but at a surprising event in Ginza, Tokyo!

Okinawa Churaumi Aquarium in Okinawa is one of the leading tourist destinations in Japan, receiving visits from people in Japan and around the world. There visitors can see up close many of the fish and other creatures that live in the ocean, but the highlight must be the sight of an enormous whale shark swimming calmly.

For the chance to see that behemoth without going into the ocean ourselves we can thank Okinawa Churaumi Aquarium's enormous Kuroshio Sea Tank. But would you believe it if someone told you you could see a whale shark swimming in the Ginza district in the heart of Tokyo?

That unbelievable occurrence will take place in July. The 48th Sony Aquarium will be held from Friday, July 24, to Sunday, Sept. 6, in the Sony Building, a Ginza landmark, under the supervision of Okinawa Churaumi Aquarium. In OPUS, the communication zone on the eighth floor, a life-sized video of a whale shark and video taken by a video camera placed on a whale shark will be shown.

Don't make light of the fact that it is a video. The equipment used to take the video are the Sony digital single-lens camera α7S, whose technical prowess is recognized around the world, and the wearable 4K digital video recording camera, “Action Cam” FDR-X1000V. The beauty of the video exceeds the imagination as it is shown on a 7.6 meter by 2.7 meter screen (3,840 by 1,404 pixels). What's more, the sounds of nature and the undersea environment are provided by a high-resolution audio sound source (audio data that exceeds the quality of a music CD). The music is delivered through Sony's latest, vaunted sound system, providing an unrivaled feeling of being at a live performance. Some people may emerge from the show confused about whether they are in Tokyo or at Okinawa Churaumi Aquarium in Okinawa.

As you can see, OPUS is a place where visitors can enjoy high-quality video and sound via Sony's leading edge electronic technology. Fascinating events like this one are held year-round at OPUS. There is no admission charge, so why not stop by while you're in Ginza?