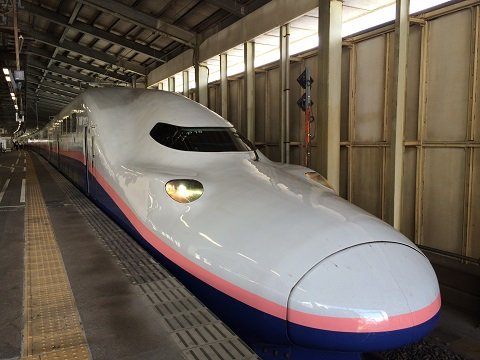 The East Japan Railway Company, which has been offering discounted train passes for visitors to Japan, has launched the new discounted JR TOKYO Wide Pass in November.

This JR TOKYO Wide Pass is an improved and even more convenient version of the currently available JR Kanto Area Pass, which offers unlimited rides using reserved seats on ordinary cars on Shinkansen, limited express and other trains during three days. Offering reasonably priced access to standard tourist destinations such as Mt. Fuji, Karuizawa and Nikko, the pass has been very popular from the start. The coverage area of the pass has been enlarged by adding Echigo-Yuzawa Station, the nearest station to Echigo Yuzawa Onsen, and GALA Yuzawa Station, which offers a direct connection to the GALA Yuzawa Snow Resort.

For GALA Yuzawa, which can now be accessed at a cheaper price, the recommended season starts exactly now. Offering not only opportunities for skiing and snowboarding, but also a snow park where beginners can have fun and a snow play corner, it is a place where both kids and adults can enjoy themselves alike. Snowboard and boots rental is available, too, so it’s no problem if you come empty- handed. By the way, the regular one-way fare for a reserved seat in the ordinary car of the Joetsu Shinkansen from Tokyo Station to GALA Yuzawa Station costs ¥7,090 per adult. A return ticket costs ¥14,180. For the JR TOKYO Wide Pass, you only pay ¥10,000 and, what’s more, it gives you three days of unlimited travel within the valid area. This pass is a great bargain!

The pass can also be used for access of the hot spring towns of Kusatsu, Izu and Kinugawa, which are particularly attractive during winter.