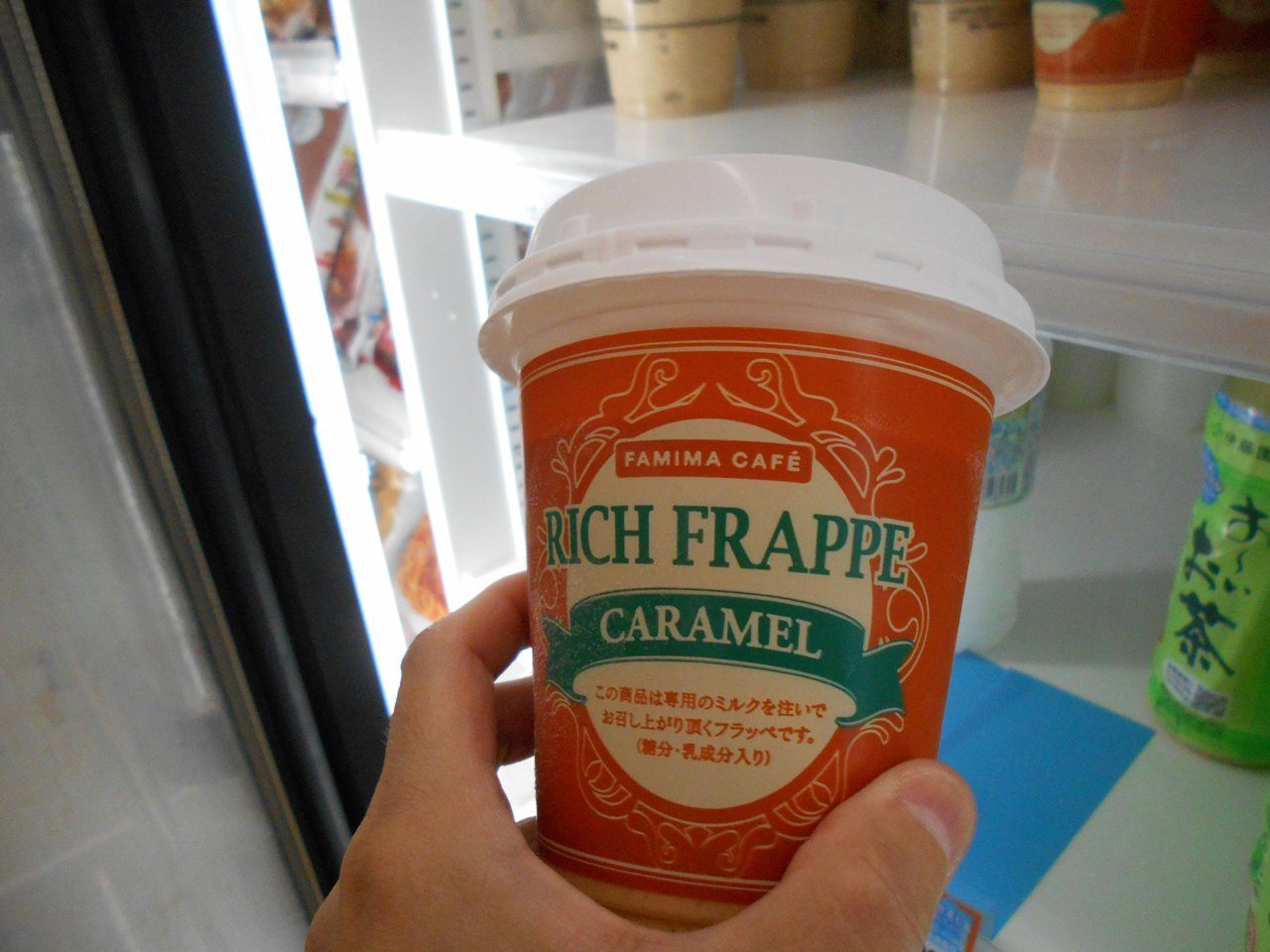 Get ready for the latest info on popular sweets available at your local conbini (the official Japanese abbreviation for convenience store)! This writer taste-tests and reports back on the new conbini sweets released every Tuesday, letting us know which ones are the most note-worthy.

This article will focus on…

Family Mart released an Autumn and Winter “Rich Frappe Caramel Flavour”!
To gain a creamier and richer taste, twice as much milk component was used. Since it was released this frappe has been a hot topic on social media.

The frappe can be found in the freezer with the ice cream.

It’s about a 270ml cup. Take the cup and pay at the register.

When I opened the lid, I could smell the toasty caramel flavour.

The Family Mart I visited had a eat-in space so I decided to enjoy my rich frappe here.

I squeezed the cup to to break it up.

At the coffee machine near the register I added the hot milk for the frappe.

I kept stirring it with the straw until it had the texture of a sorbet then I put the lid on.

Oh my goodness! This is richer and creamier than a usual frappe! The secret to the flavour is the rock salt from France. It totally enhanced the caramel flavour. There were white chocolate chips in the frappe as well. It wasn’t too sweet, just rich yet refreshing.