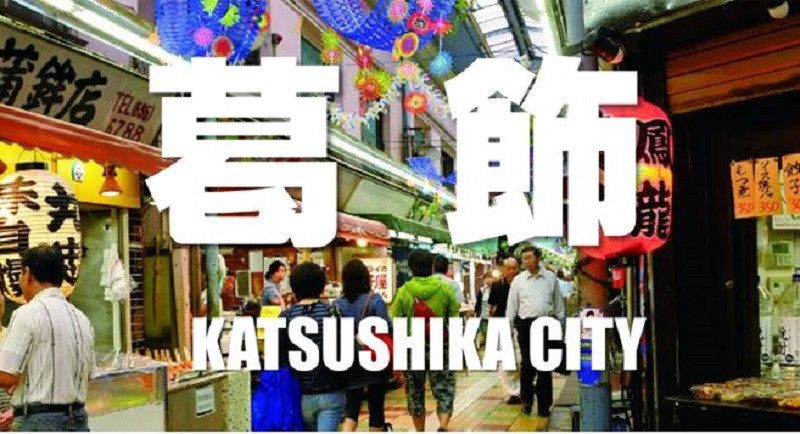 Japanese manga is not only popular in Japan, but all over the world! A new trend among fans is to travel to the areas their favourite manga took place or was based on, or to the hometown of their favourite manga artist. Many would do anything to connect to the world of manga on a deeper level! This time, we decided to go to the mecca of the manga world: Katsushika City. Here is where you’ll find the traditional Japanese townscape of Kameari, where "This Is the Police Station in Front of Kameari Park in Katsushika City" took place, as well as Yotsugi, the hometown of the manga artist responsible for "Captain TSUBASA." And as luck would have it, Katsushika is easy to get to, too! We’ve split this feature into two parts: One focusing on the Yotsugi/Tateishi areas and the other on Kameari. Enjoy!

Takahashi Yoichi, the creator of Captain TSUBASA, was born and raised in Yotsugi, Katsushika-ku. Captain TSUBASA is a world-famous soccer manga that is said to have influenced even Zidane and Messi. Many fans make the pilgrimage to Yotsugi Station, which is located only 30 mins away from Tokyo Station, to see the 8 bronze statues of Captain TSUBASA characters that stand in the area. So, naturally, we decided to follow suit!

1.) Statue of Ishizaki Ryo (Pocket park in front of Yotsugi Station)
Invigorating his team with his courageous fighting spirit, he is known for using his famous “face block” defense technique to stop his opponents’ shots.

2.) Statue of Hyuga Kojiro (Yotsugi Park)
A genius striker who is always looking to improve. He is famed for both his dynamic ability to plow through the field and his strong shooting skills. His power and determination earned him the nickname "Mohko," or fierce tiger.

3.) Statue of Ozora Tsubasa (Yotsugi Tsubasa Park)
Tsubasa, the main character of the series, is a boy who dreams of studying abroad in Brazil to develop his soccer skills and to one day win the World Cup. His philosophy is, “The ball is your friend.”

4.) Statue of Roberto Hongo & Ozora Tsubasa (Medaka no Komichi)
Roberto Hongo is a Japanese Brazilian and former Brazilian national soccer player who is also a mentor to Ozora Tsubasa. He is captivated by Tsubasa’s talent and encouragingly pushes him to his limits.

5.) Statue of Nakazawa Sanae (In front of Katsushika Post Office)
Sanae, nicknamed “Anego,” fell in love with Ozora Tsubasa at first sight. She uses her strong leadership skills to cheer him and his team on as a member of the cheerleading squad.

6.) Statue of Misaki Taro (Shibue Park)
Together Ozora Tsubasa and Misaki Taro are called “The Golden Combi.” He is as equally skilled as Tsubasa and always comes through for the team when they need him most.

7.) Statue of Wakabayashi Genzo (Tateishi Michihiroba Square)
Ozora Tsubasa’s rival turned friend who shares the same aspiration of winning the World Cup. His philosophy is, “To stop every ball struck from outside the penalty area.”

In one of our previous articles we introduced you to our favourite Tateishi restaurants. With the combined info from both articles you should be able to enjoy the area to the fullest!

We hope you have a blast exploring!