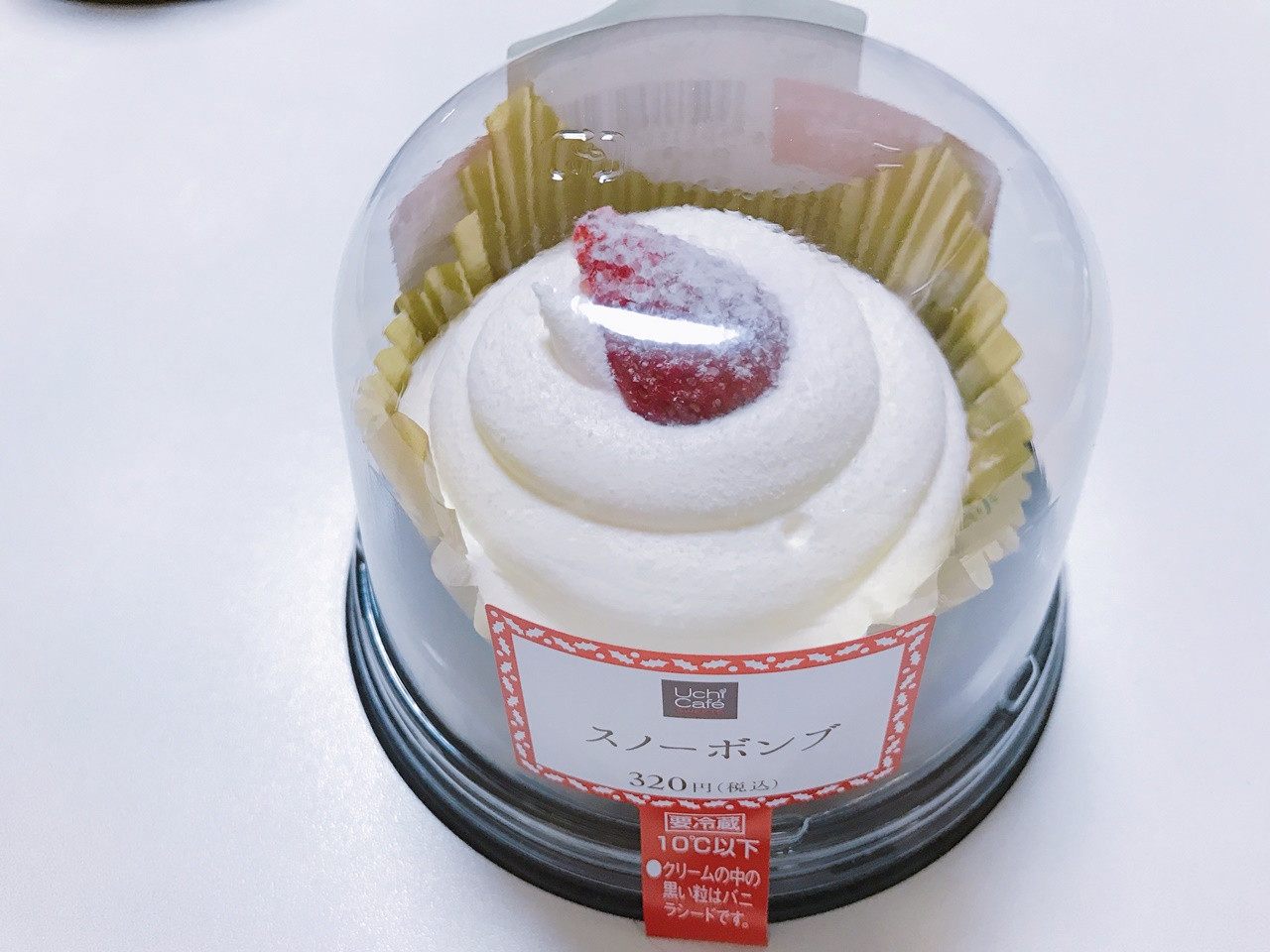 Get ready for the latest info on popular sweets available at your local conbini (the official Japanese abbreviation for convenience store)! The writer taste-tests and reviews new conbini sweets, letting us know which ones are the most note-worthy.
This time the writer reviews Lawson’s “Snow bomb”, a new dessert released on the 15th of November 2016..

Every year around Christmas, Lawson releases their popular “Snow bomb” cake. Due to its size you always need to share it with somebody. But this year a single serving size “Snow Bomb” was released!
It’s nice to be able to taste this on my own before Christmas.

So fluffy! It reminds me of a snowman.

I cut it in half. It contains more whipped cream than I thought!
Inside is the sponge cake and custard cream.

Wow! This is good!
I’m sure everybody will love the taste. The smooth whipped cream melted on my tongue. The fluffy sponge cake and flavorful custard cream with vanilla seeds were delicious. As a whole, it was mild and somewhat nostalgic.

Lawson released other popular Christmas cakes in single serving sizes at the same time. They are the “Blonde chocolate special cake” and the “Japanese chestnut special Mont Blanc”.
Even if I bought all 3 of them it would cost less than ¥1000. What a sweet deal! I’m going to try them all!!