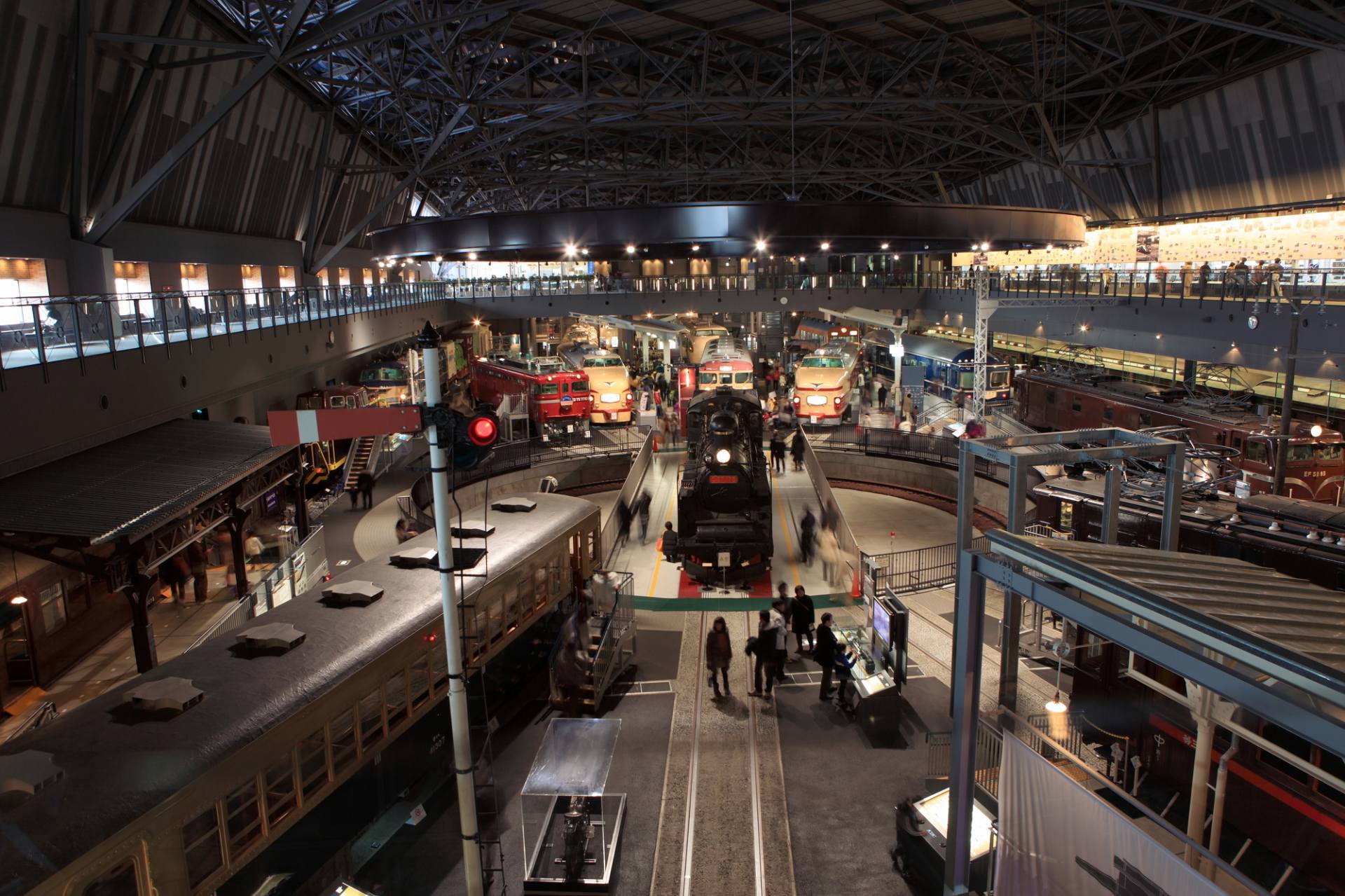 The Railway Museum was built to commemorate the 20th anniversary of JR East (East Japan Railway Company).
The Railway Museum preserves the heritage and materials of railways from both Japan and overseas. It also houses materials from the National Railway Reform and the inception of JR East. Anyone can enjoy what the Railway Museum has to offer, from people with no particular interest in trains to huge fans!

The admission tickets to the Railway Museum are IC cards like those used in Japan’s train system, giving the entry a feeling like passing through a ticket gate. It truly feels like you are boarding a train to go on an adventure, something that both children and adults alike can enjoy.
Within the museum, visitors can learn about the science, construction, and newest technologies (including technologies for future use) used in trains. Models, simulations, and games all create an interactive learning experience.
In the “Driving Simulator” corner, guests can sit in a train cab and experience a simulation of operating the train on-screen.
The museum’s most popular attractions are the sets of mini trains, which guests can operate. (Paid fee. Usable by elementary school students and up.)
Through the mini trains, guests can experience operating child-sized trains themselves! Along the mini trains’ tracks are four stations, and you can stop the mini trains by engaging the brakes. Despite being a mini train and not full sized, its steering and control operations are authentic! Moreover, real full-sized trains run alongside the mini train tracks, giving the attraction an exciting and fun atmosphere!

Events such as railway turntable rotation demonstrations and steam whistle sound demonstrations are held every day in the museum’s History Zone.
There are also multiple children’s spaces for their enjoyment, like the playgrounds “Teppaku Hiroba” and “Kids Space.”