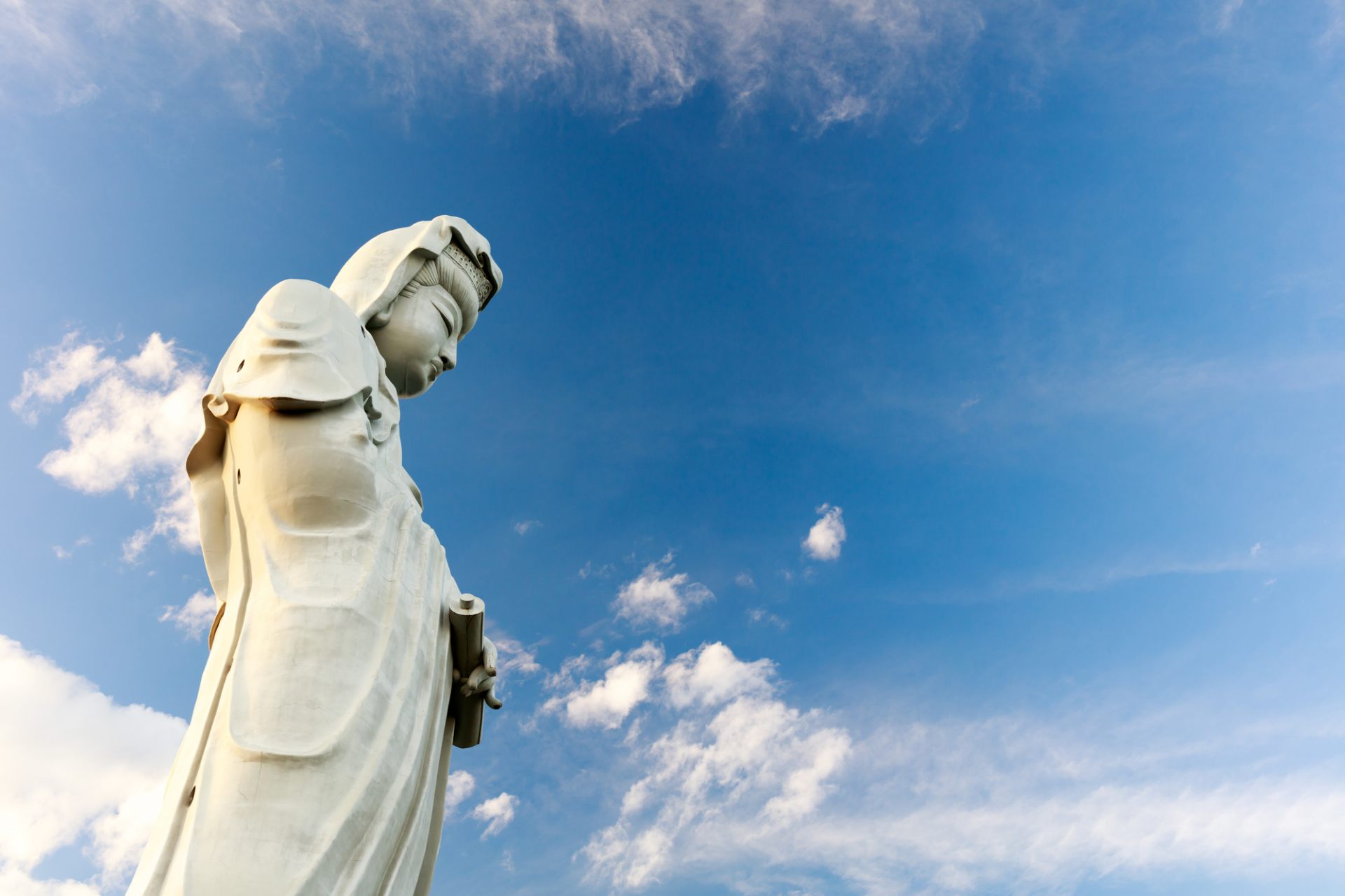 Built in 1936, the statue of Kannon is made of reinforced concrete, and at the time of its construction it was the largest statue of Kannon in the world.
The strength and presence of the Takasaki Kannon can be experienced from a distant outside view, but guests can also enter the statue and see its interior as well.

Inside the Takasaki Kannon are 20 other statues of Buddha. By climbing the 146 stairs inside of the statue, guests can go up as high as the Takasaki Kannon’s shoulder (9th floor).
Each level within the Kannon has windows, and from them you can see Takasaki City, the Joumou Sanzan (three famous mountains), the Kanto Plain, and more.