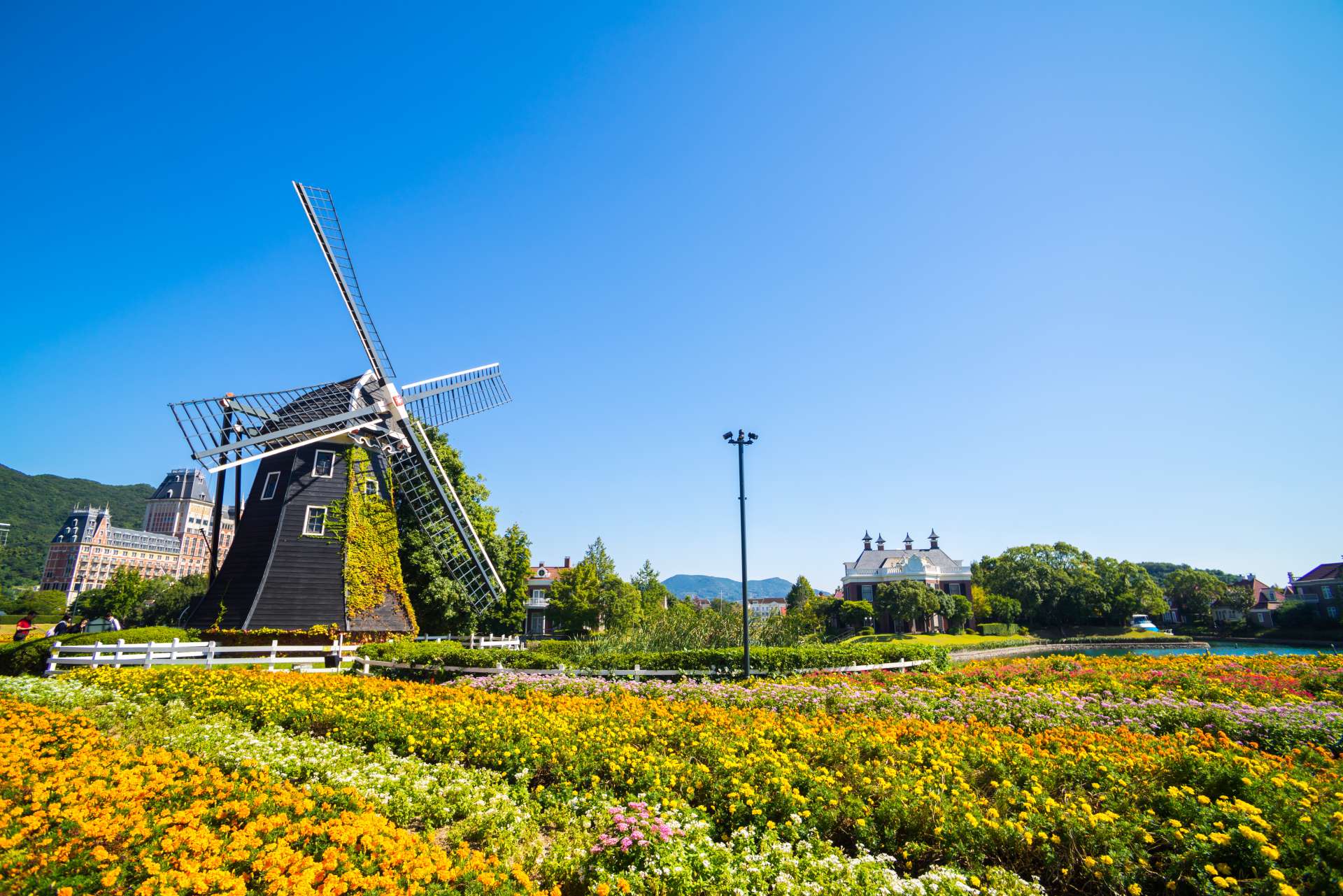 Year-round, Huis Ten Bosch offers you a view of flowers from all four seasons in their glory during the day, and a magnificent and beautiful night view in the evening. All of the castles, towers, and canals along the streets light up, transforming the theme park into a shining city at night.

The park has a variety of activities available for you to enjoy, including games, attractions, trick art, live music, and shows, making it a particularly family-friendly venue!
In addition, in 2015 Huis Ten Bosch opened its lodging “Henn-na Hotel,” a hotel staffed by robots, to visitors. This hotel has garnered attention from all over the world! In 2016, Huis Ten Bosch opened a new area called “Robot Kingdom.”
In the Robot Kingdom, guests can experience state-of-the-art robotic technology through the park’s attractions such as “Henn-na Restaurant,” a buffet-style restaurant based 200 years into the future that is staffed by robotic chefs and managers, and the “Robot Mansion.”