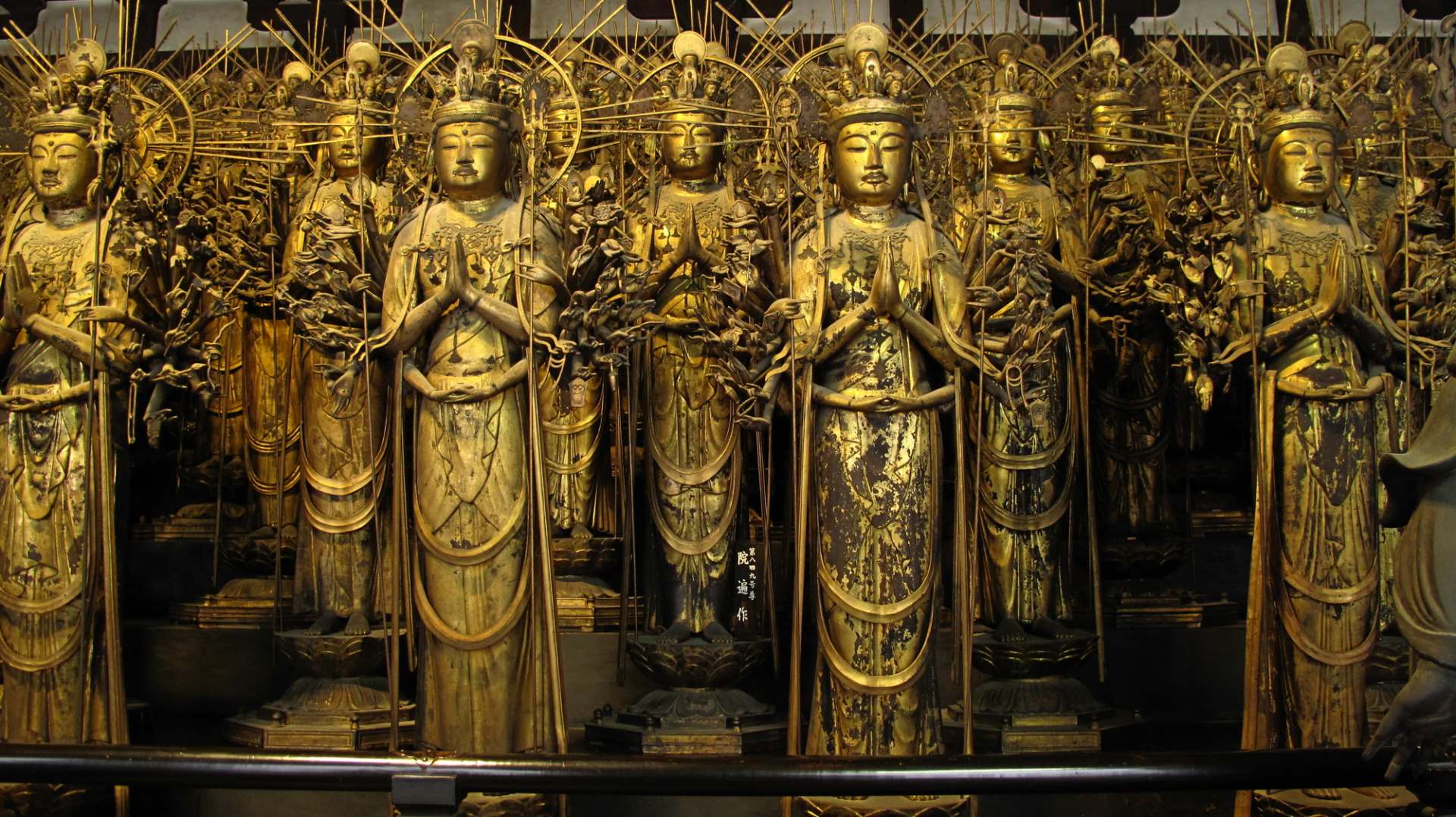 Although its official name is Rengeo-In, this temple is also known as “Sanjusangen-Do” due to the architectural feature of thirty-three (“sanjusan” in Japanese) gaps between pillars along the main hall.
The number “thirty-three” also represents the number of manifested forms of the Bodhisattva Kannon (Guanyin).
Most of the temple’s buildings have been destroyed at least once by earthquakes or fire, but they have been painstakingly rebuilt via elaborate artisan plans.

Every year in January the temple hosts an event called the Ohmato Taikai. Around 2000 participants come from around the country for an arrow-shooting competition.