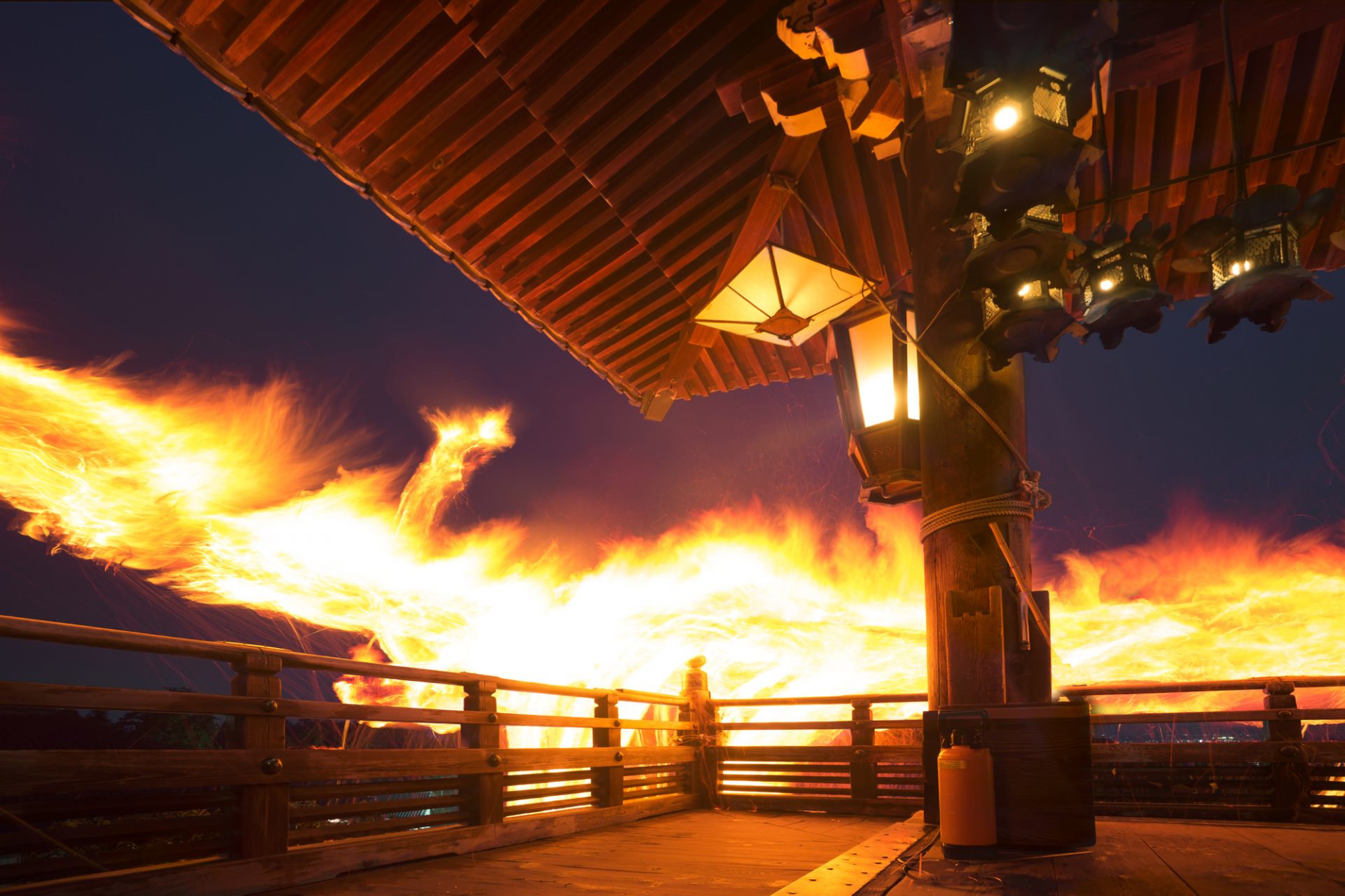 A Traditional Event Where Sparks Fly!

First held in the year 752, this event has been held every year without fail for over 1260 years!
Held by the temple’s monks in front of Nigatsu-do’s figure of the Eleven-Headed Kannon, the temple’s idol, the event exists to repent for the everyday sins of humanity and wish for everyone’s happiness.
This tradition is so old and familiar to the people of Nara that it is said that spring comes to Nara after Shuni-e ends.

The main spectacle of Shuni-e is “otaimatsu,” in which monks run through Nigatsu-do carrying large sparking torches. This ritual is held daily during the event period. It is said that the sparks that shower down on onlookers below ensure them sound health.

Omizutori, a ceremony in which water to be offered to Kannon is drawn from the temple’s well, is held late at night on March 12th (around 1:30am into the 13th).

As the area becomes very crowded during the night of the 12th and on weekends, we recommend that visitors who wish to avoid crowds visit on weekdays through the 10th of March.
The temple is typically so crowded on the 12th that police are dispatched to the area! The temple reaches capacity by 17:30 some years on the 12th, so keep this in mind if you want to visit!