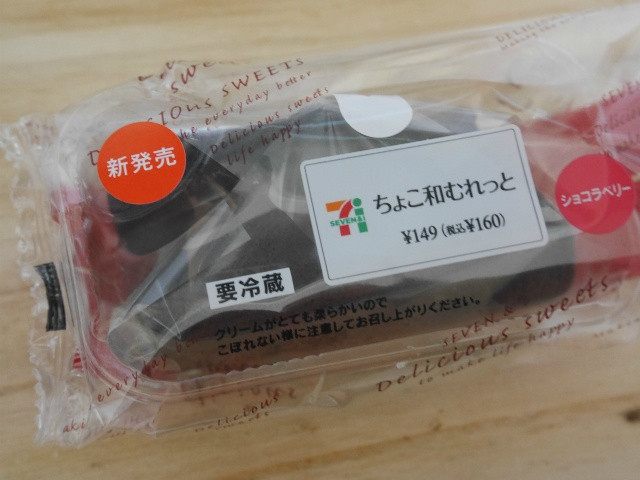 Get ready for the latest info on popular sweets available at your local conbini (the official Japanese abbreviation for convenience store)! The writer taste-tests and reviews new conbini sweets, letting us know which ones are the most note-worthy.
This time the writer reviews Seven Eleven’s “Wamlet chocolate berry flavor”, a new dessert released on the 31th of January 2017.

The dough is a mysterious dark black color from the cocoa.

This series of sweets is known for its thick dough. You will be satisfied with the generous portion and the chewy texture of the dough.
The dough was so delicious because of the strong cocoa taste and the perfect level of sweetness.
Inside there was plenty of chocolate whipped cream and a chocolate coating with berry sauce!

The bitter dough enhanced the mild chocolate whipped cream and the berry sauce wasn’t too sour, I loved it! The chocolate coating was crispy.
Overall the texture and taste were well balanced and I enjoyed it a lot.