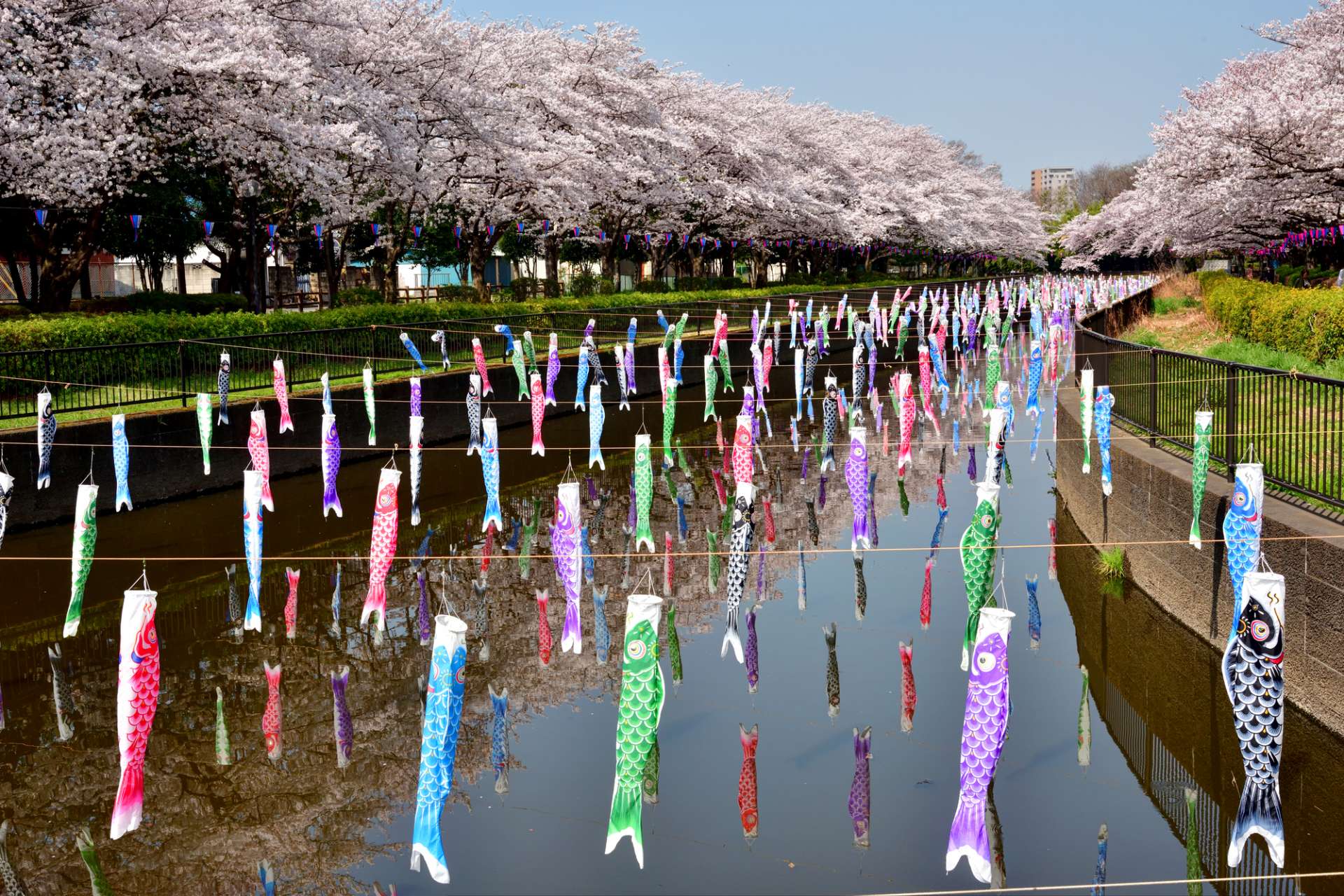 This event holds the Guinness World Record for being the largest carp streamer festival in the world!

Although May 5th is now called Children’s Day in Japan, it was traditionally a festival for boys. So in keeping with tradition, families with boys still fly large carp-shaped streamers, called koinobori, from their houses to pray for the health and happiness of their children. Tatebayashi City starts flying their impressive collection of over 5,000 streamers at the end of March, so that residents and visitors can enjoy the view of the streamers alongside the cherry blossoms.

Gunma’s Carp Streamer Village Festival has steadily increased its number of streamers every year since flying 5,283 of them in 2005, which earned it the title of the largest carp streamer festival in the world from Guinness World Records.

The Tsuruuda River is the main of four locations, and it has a total of 415 Yoshino cherry trees along its banks, which are lit up until 10 p.m. each night during the Cherry Blossom Festival. Blossoms are expected to be in full bloom around the beginning of April. We urge you to check out this magical sight if you have the chance as it’s the only place you’ll get to enjoy a sea of carp streamers and cherry blossoms in one spot!