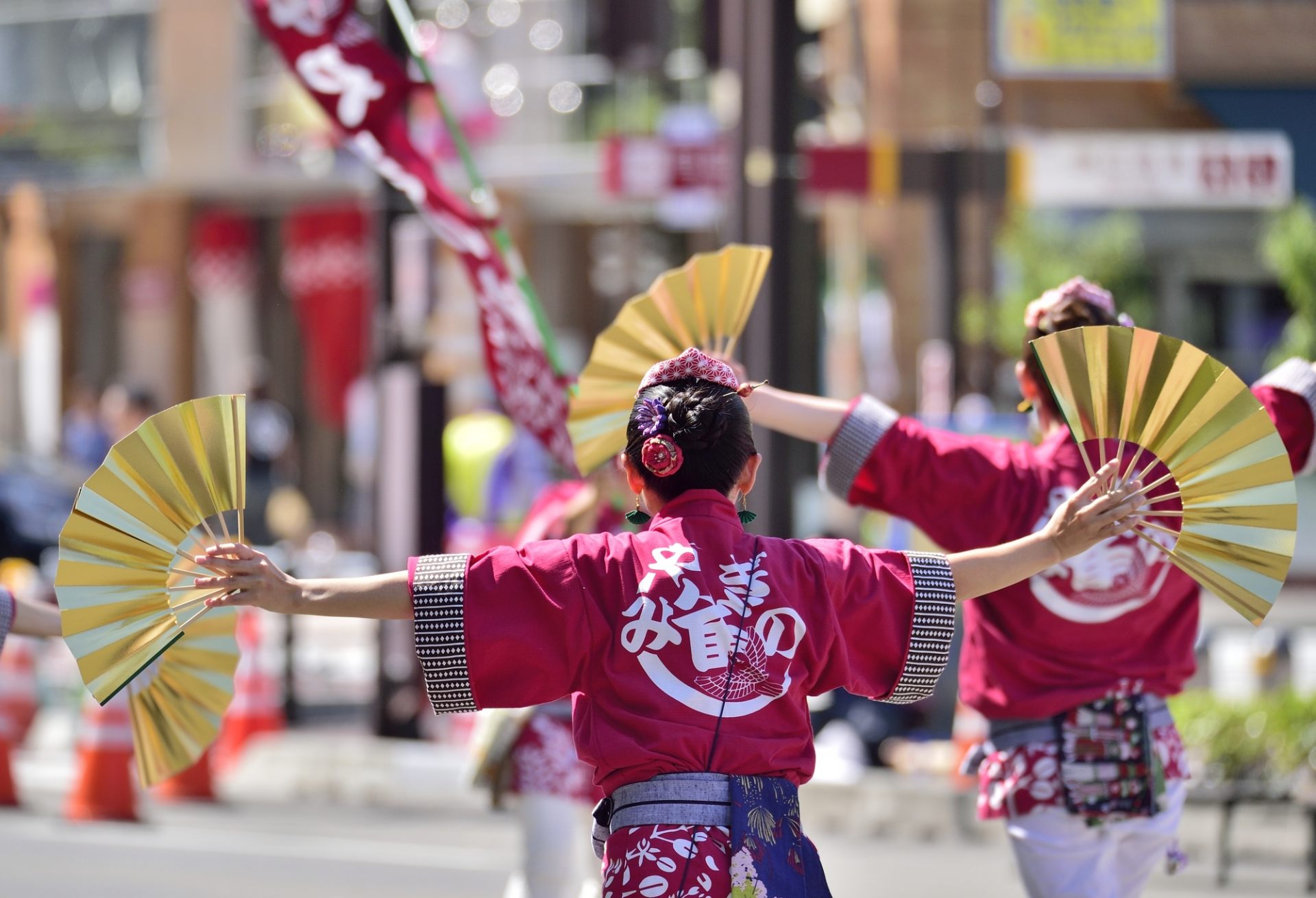 The Sendai Aoba Festival is one of Sendai’s three major festivals. It was first held in 1655, making it a festival with a long-standing history behind it.
It is an annually held festival of Aoba Shrine, which enshrines Date Masamune.
The festival is held over the course of two days every year. The first day hosts the “Evening Festival,” while the second day is the “Main Festival.”

Music reverberates throughout the town as the “Sparrow Dance” is performed. It gets its name from the sparrow-like hops and jumps that are interspersed throughout the dance. Supposedly, the dance has its origins in an impromptu performance put on at a banquet by the stonemasons who build Sendai Castle.

Various elements of Sendai’s history parade throughout the city during the main festival, including a samurai warrior procession, mikoshi from Aoba Shrine, a children procession, 11 extravagant festival cars, the Sparrow Dance, and more!

An Edo-era cityscape, as if you’ve fallen back in time, is recreated in Kotodai Park.

Shops and stalls selling local delicacies are lined up along Citizen Square, Kotodai Park, and Ichibancho Street.
Date Masamune himself was a connoisseur of good foods, so enjoying delicious food is another great thing about this festival!