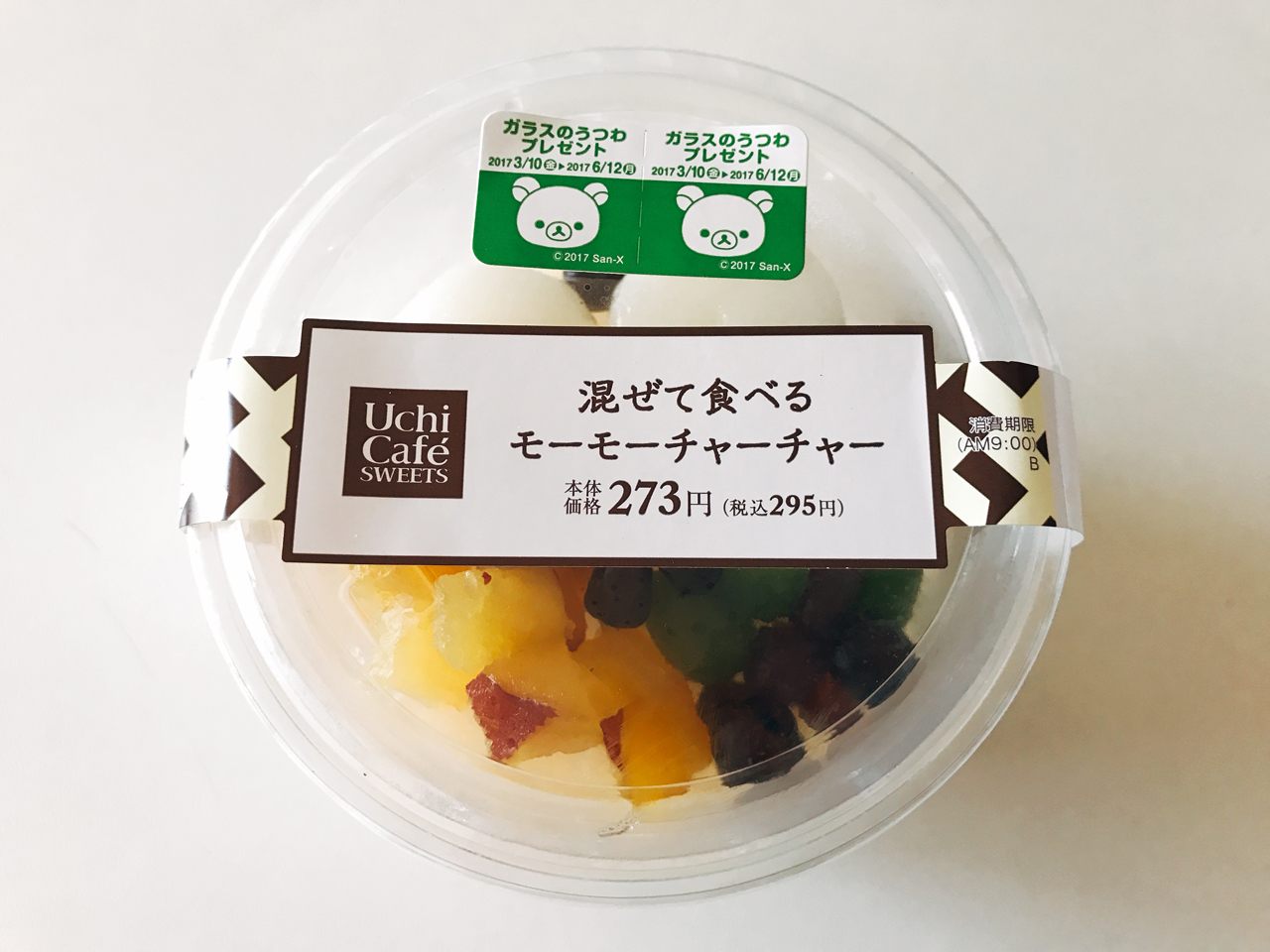 Get ready for the latest info on popular sweets available at your local conbini (the official Japanese abbreviation for convenience store)! The writer taste-tests and reviews new conbini sweets, letting us know which ones are the most note-worthy.
This time the writer reviews “Lawson’s mix & eat dessert Momo Chacha”, a new dessert released on the 2nd of May 2017.

Momo Chaha is a dessert from Malaysia.
I had never heard of it nor tasted it, so as a proud sweets geek, I was super curious about this dessert.

The cup is separated into two containers. In one you get boiled red beans, red and green peas, white kidney beans, Shiratama sticky rice balls and sweet potato chunks. In the other comes coconut pudding. Combine them in the coconut pudding.

From the side I could see there was a layer of condensed milk on top of the coconut milk pudding layer. Then the tropical aroma of coconut hit my nose and I couldn’t wait any longer.
It was taste time!
I found the dessert to be quite sweet but also fruity. The coconut flavor was not overpowering. It reminded me a bit of the taste of Annin Tofu dessert (Chinese style almond jelly dessert).

The pudding and the peas were best when eaten together.
The red peas had a salty flavor, oh man it was addictive!

Though I tried to resist mixing it all into a big mess, I had to do it because the name of this dessert is mix & eat dessert Momo Chacha.
And wow! Mixing it made it even tastier! The Shiratama sticky rice balls and the coconut pudding matched so well, it was unbelievable!
I have a feeling this will be the next big hit in Japan! Why not try it once this Summer? You can taste little bit of Malaysia while in Japan!