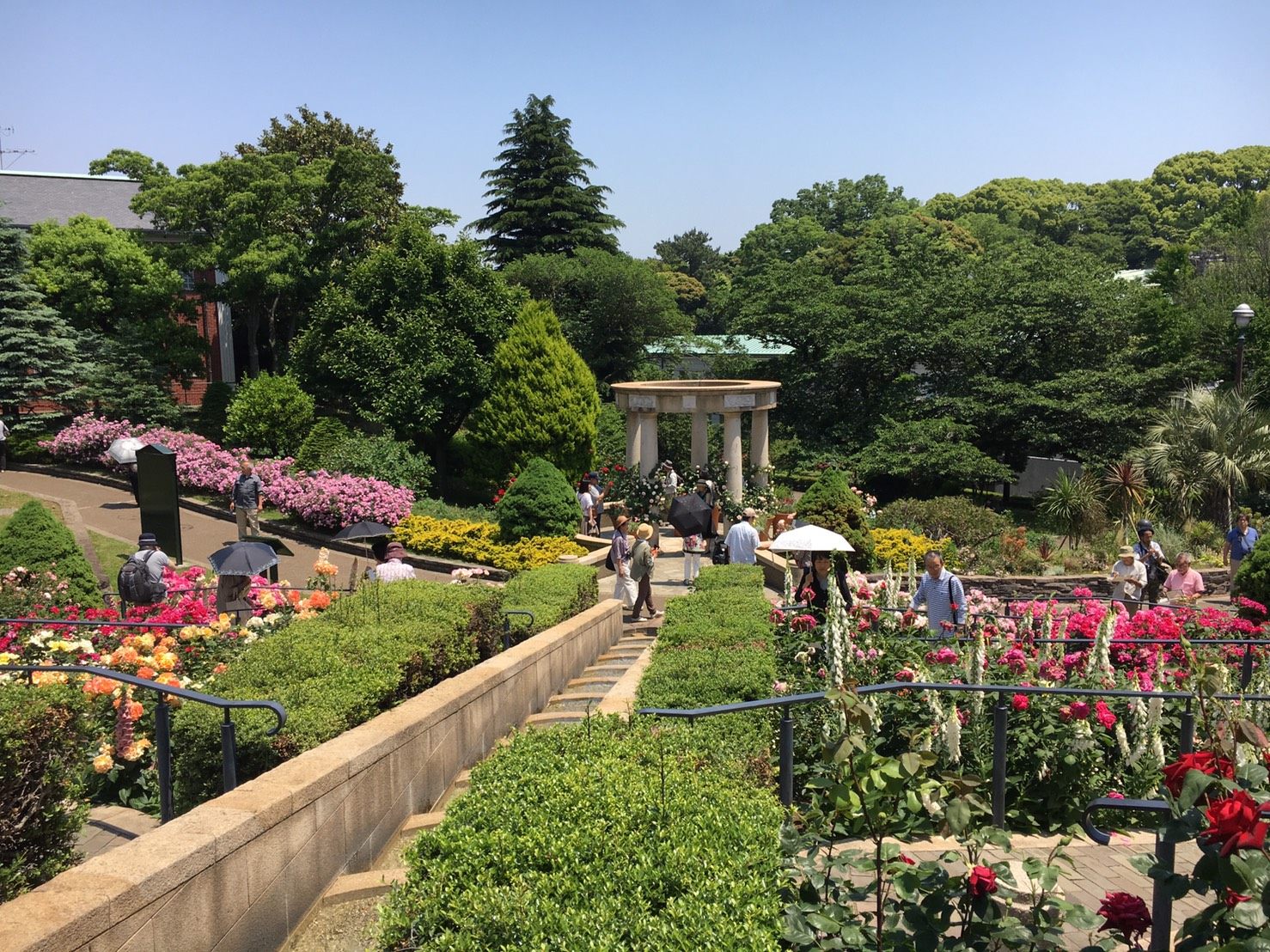 Harbor View Park (Minato-no-Mieru Oka Koen) is located on a hill to the east of Motomachi. In the Park, the lookout and the benches facing the ocean command a fine view of such famous tourist attractions as Minato Mirai 21, Yamashita Park and the Yokohama Bay Bridge, also offer a panoramic view of the Port of Yokohama. This time I come to visit the 33rd National Urban Greenery Fair Yokohama, when the whole Park is a paradise of roses!

Among the several venues of the National Urban Greenery Fair Yokohama, Harbor View Park mainly features charming roses and welcomes visitors with 1,200 plants of English roses of about 150 varieties.

The Western-style Park boasts not only classical European-style architecture, but also such cultural facilities as Osaragi Jirō Memorial Museum and Kanagawa Museum of Modern Literature.

The Western-style Park boasts not only classical European-style architecture, but also such cultural facilities as Osaragi Jirō Memorial Museum and Kanagawa Museum of Modern Literature.

At the sight of these lush vegetation with colorful flowers, I can’t help capturing them on my camera.

By the way, the rose is the floral emblem of Yokohama, so rose festivals will be held in more than one venue, among which the Future Rose Garden established in Yamashita Park will feature about 2,600 plants of rose. As darkness falls, the landscape will be lighted up to create an atmosphere different from that in daytime.

Apart from the English Rose Garden, there is a spot called the Scented Garden, which is specially established for the National Urban Greenery Fair Yokohama; 100 varieties of scented roses grow there, and visitors passing the rose arch will be greeted by the fragrance of roses.

For details on the 33rd National Urban Greenery Fair Yokohama, please refer to the following article.