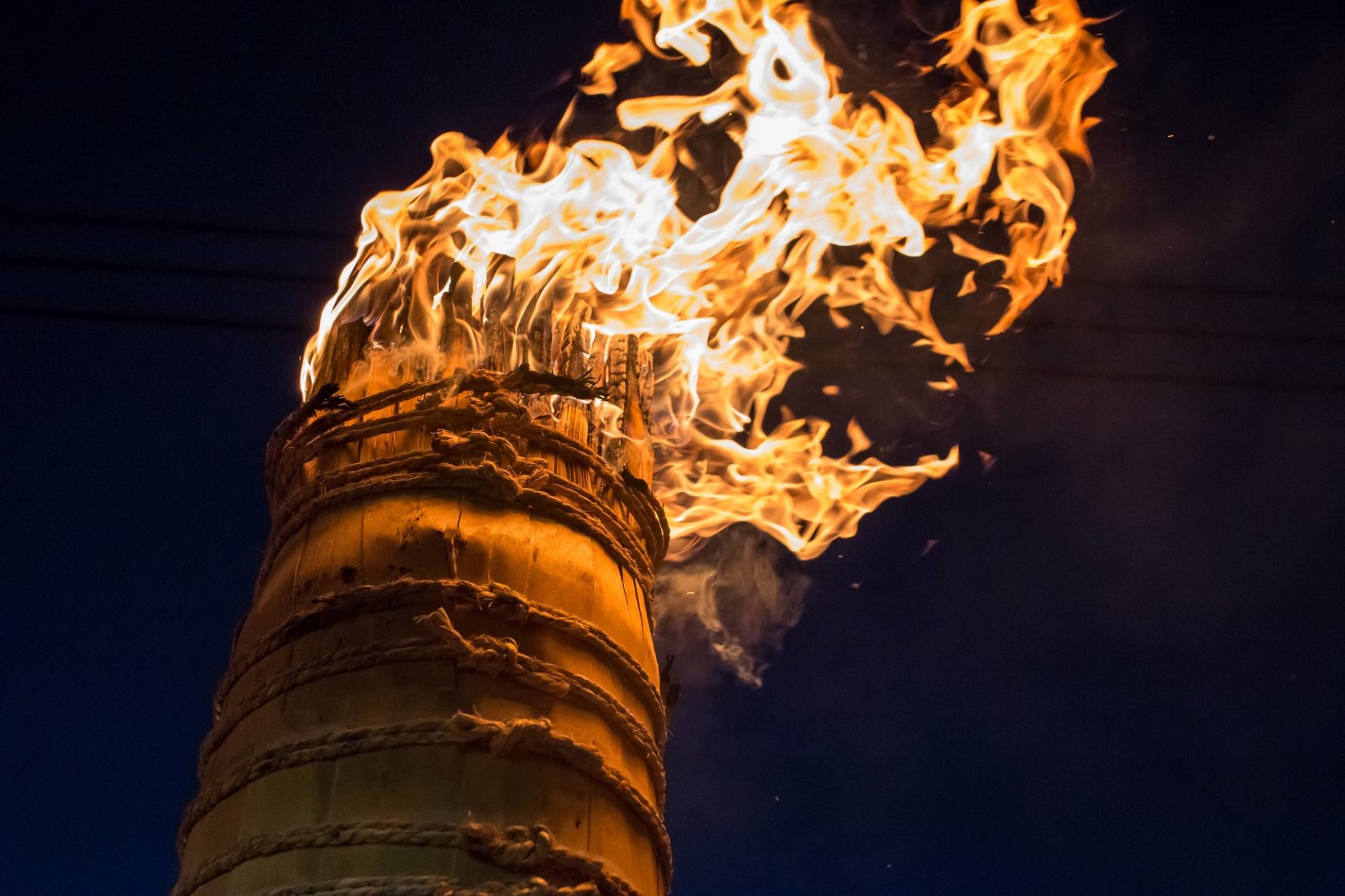 Yamanashi Prefecture – One of Japan’s 3 Most Unique Festivals, the Yoshida Fire Festival

The “Yoshida Fire Festival” is a joint festival held by both Kitaguchi Hongu Fuji Sengen Shrine and Suwa Shrine, which is located on the former’s grounds. This festival is counted as both one of Japan’s 3 most unique festivals and one of Japan’s 10 great fire festivals.
This festival takes place at the end of the climbing season for Mt. Fuji, and it is held to celebrate the gods from both shrines who gave their divine protection while the shrines were established.
The Yoshida Fire Festival is held annually over 2 days, August 26th and 27th.

※Despite being the end of the climbing season, the mountain paths still remain open after the festival.
Yoshida Route’s Founding Period: July 1st through September 10th

The Fire Festival’s main event, “chinka-sai”!
Around 80 large 3-meter-tall torches are lined along a 2-kilometer stretch of Japan’s National Route 139 in Kamiyoshida (Honcho-dori). The festival reaches its peak as the torches are lit.

The torches are lit at around 6:40pm. Many stalls also open at this point, and the celebrations last until the torches are put out at around 10:00pm.
Torches are even burned at mountain huts past the Yoshida entrance on the Mt. Fuji mountain path.

The Susuki Matsuri (Festival) is held at Kanadori Crossing (about 3 minutes on foot from Fujisan Station). (Held around 3:30 pm)
Afterwards, various other Shinto rituals are held, and at around 7:30 pm in the evening the mikoshi is returned to Suwa Shrine.

There are 2 mikoshi for this festival, but the myojin mikoshi is always in the lead.

The 2 mikoshi are permanently on display at Suwa Shrine.