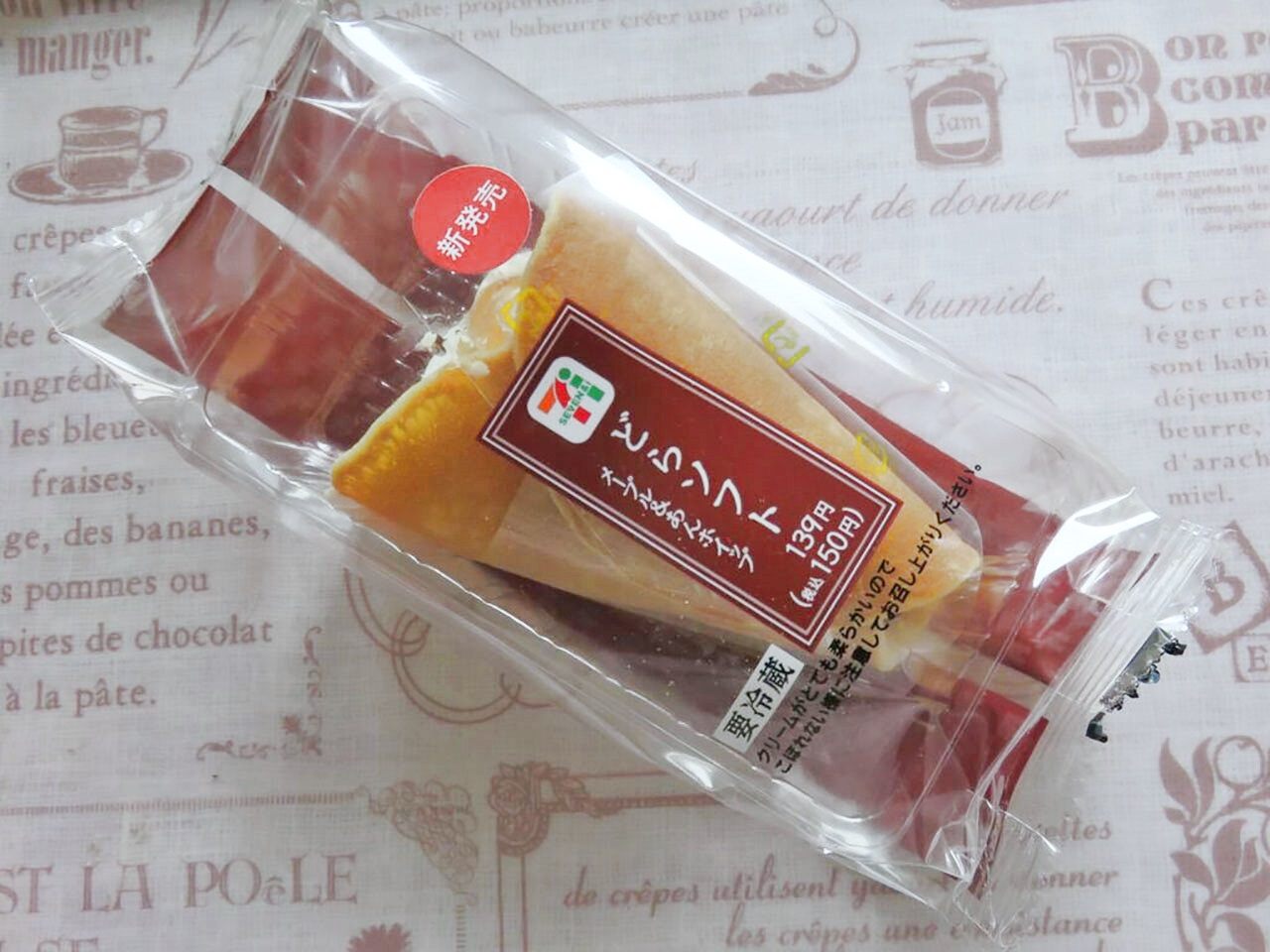 Get ready for the latest info on popular sweets available at your local conbini (the official Japanese abbreviation for convenience store)! The writer taste-tests and reviews new conbini sweets, letting us know which ones are the most note-worthy.
This time the writer reviews Seven Eleven’s “Seven Eleven’s Soft Dorayaki with Maple syrup, red bean paste, and whipped cream filling ”, a new dessert released on the 13th of June 2017.

This new product was gifted to me. It’s a soft Dorayaki from Seven Eleven!
Dorayaki is a type of traditional Japanese confection, usually formed by 2 round pancakes sandwiching red bean paste.

This one wasn’t in the traditional shape of Dorayaki, instead it was in the shape of a crepe!
I could see whipped cream and maple sauce peeking through the top.

I’ve got to tell you, this pancake dough was to die for! Seven Eleven blended rice flour and butter, so it was so fluffy and moist. It was sweet and flavorful!
The combination of the whipped cream and the maple sauce might remind you of a pancake at first, but then you bite into the red bean paste and you’re reminded you’re eating Dorayaki. It was just pure joy.

I had finished it in no time. It was smaller than a common Dorayaki, with fewer calories.
If you are craving something a little sweet, make this your first choice.
This product is sold in the Kantou region, Yamanashi prefecture, Nagano prefecture, Niigata prefecture, Shizuoka prefecture and Chyugoku region, and Kyushyu area.