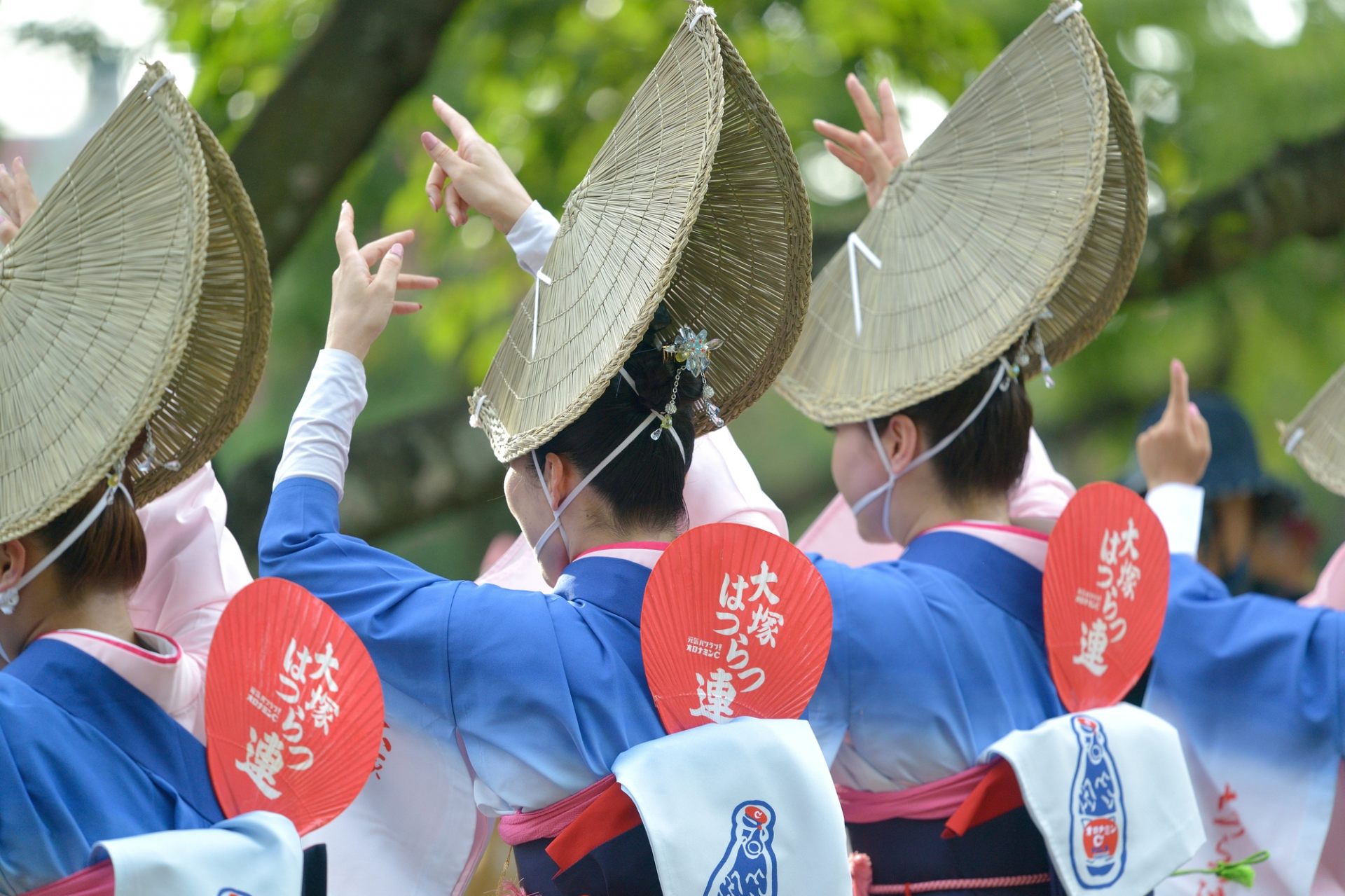 “Awa Odori,” which originated in Tokushima Prefecture, is a dance festival with around 400 years of history, and in present days it is danced all across Japan.
A famous saying in Japan goes, “The dancers are fools, the watchers are fools, both are fools alike, so why not dance?” So, as the saying says, you can enjoy watching or participating.
Awa Odori performances are held across Japan during the summertime, but the largest-scale event is Tokushima City’s Awa Odori, which is held annually August 12th through 15th. The entire town gets caught up in the dancing!
You can watch the dances throughout the city, at both paid and free venues, as well as down shopping streets. Be sure to check out wherever you hear the sound of taiko drums coming from!

Of course, participating is the most fun of all! You can join groups made up of drop-in participants, called “Niwaka Ren”! There is no participation fee or pre-registration required, and there is no dress code.
Meeting Time: 18:30-20:30 every day during the festival
Meeting Place: (1) Tokushima City Hall Citizens Square (2 Chome Saiwaicho, Tokushima City)
(2) Motomachi Odori Hiroba (2 Chome Motomachi, Tokushima City)

As booking hotels in the area during this period is difficult, we recommend staying in neighboring prefectures, such as Kagawa Prefecture, which are about 1 hour away by train.