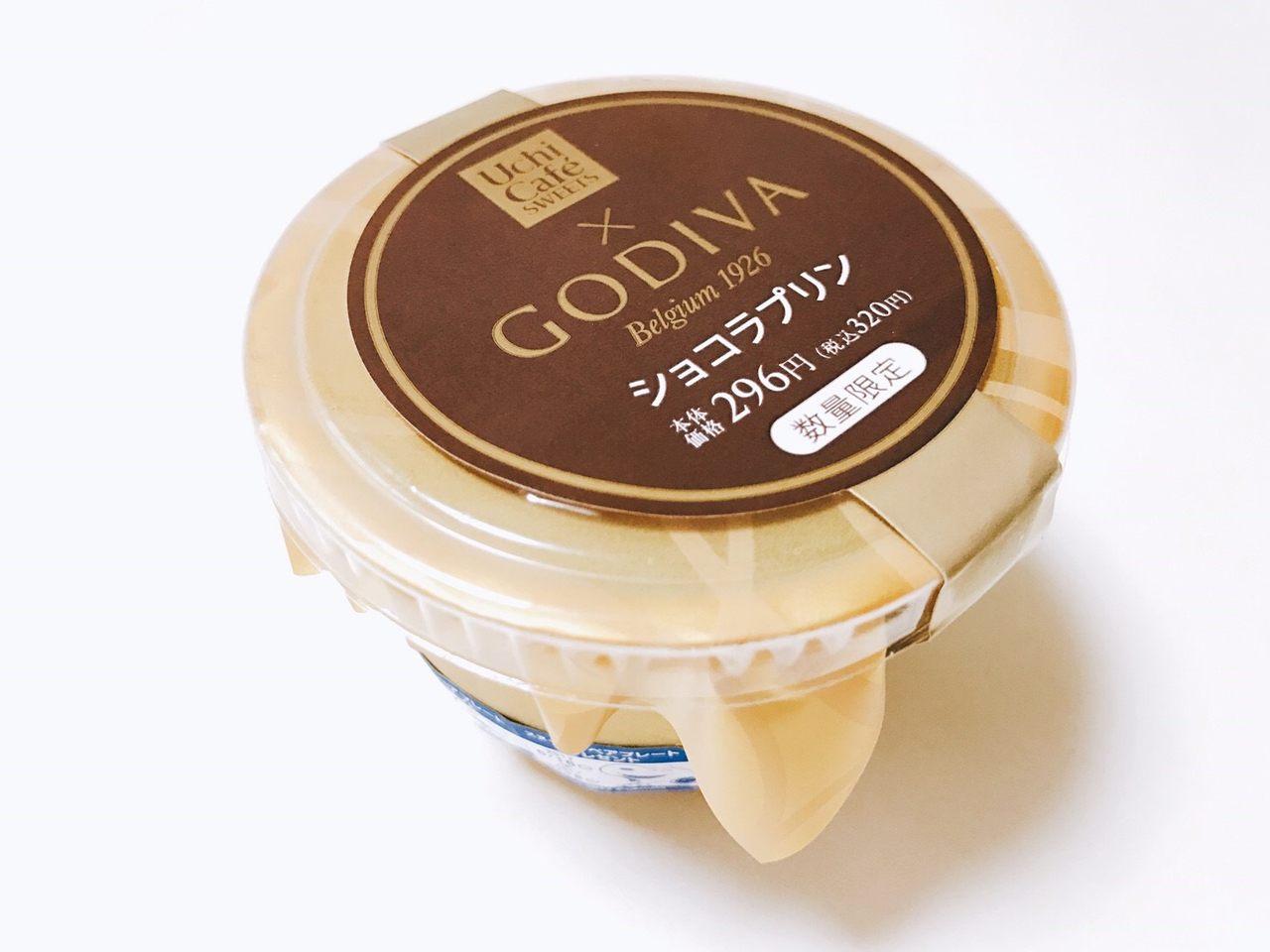 Get ready for the latest info on popular sweets available at your local conbini (the official Japanese abbreviation for convenience store)! The writer taste-tests and reviews new conbini sweets, letting us know which ones are the most note-worthy.
This time the writer reviews Lawson’s “ Uchi Cafe’ series SWEETS×GODIVA chocolate pudding”, a new dessert released on the 4th of July 2017.

Lawson has collaborated with GODIVA to produce an upscale dessert for the second time.
This time it’s a chocolate pudding everyone!
In June, they released a Chocolate roll cake which they only intended to sell for 3 weeks, but it was such a hit, they sold a record 200,000 cakes a day so it only lasted 2 weeks.
They say this pudding will be available for 3 weeks, but I have a feeling that they might sell out again. Better hurry!

It looked gorgeous in it’s gold colored cup.
At 6 cm in diameter, it is a small pudding.

Oh my goodness! This pudding is so smooth and creamy!
It tasted very elegant, combining the rich bitterness of cocoa with a mild sweetness.
Hokkaido whipped cream was used and it’s mildness was so appropriate for this kind of high end chocolate pudding!

GODIVA does not disappoint.
Even though it was rather small, it was satisfying.
I can’t believe we can buy this at the convenience store!
What a privilege! Thank you Lawson!

Don’t think, just go to Lawson and eat this before it sells out!