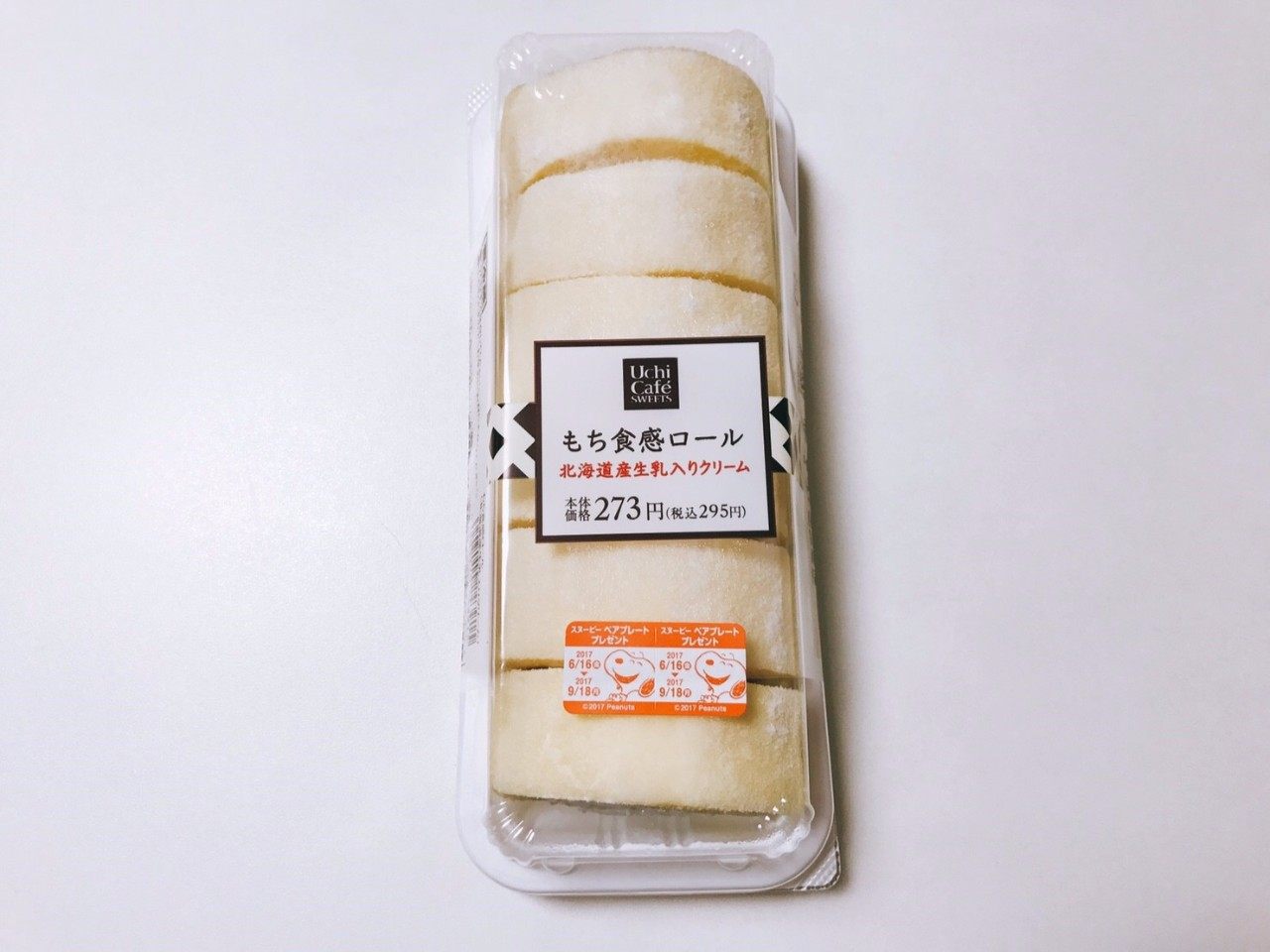 Get ready for the latest info on popular sweets available at your local conbini (the official Japanese abbreviation for convenience store)! The writer taste-tests and reviews new conbini sweets, letting us know which ones are the most note-worthy.
This time the writer reviews Lawson’s “ Mochi Shokkan roll cake (with Hokkaido unpasteurized cream)”, a new dessert released on the 12th of September 2017.

Lawson’s highly popular sweets series, Mochi shokkan roll cake.
As a faithful reader of this sweets article series you may already know that “Mochi shokkan “ means “as chewy as Mochi” in Japanese.
Lawson has released a number of flavors in this series.
This time Lawson released a simple milk flavor that uses unpasteurized milk from Hokkaido.

Inside you will find 6 bite sized pieces of roll cake, each piece is about 6 cm × 5 cm.
This dessert is also ideal for sharing.

This roll cake was not really rolled, more like wrapped.
Inside was abundance of milky whipped cream.

So good!
The roll cake was so smooth and chewy, and moist but fluffy.
The whipped cream was light and smooth.
I could taste the simple but high quality milk in the whipped cream!
It wasn’t too heavy so I could eat it all!

Mochi Shokkan roll cake (with Hokkaido unpasteurized cream) is being sold in the Hokkaido, Tohoku, Kanto and Chubu regions!
In the Kinki, Chugoku, Shikoku and Kyushu regions, Mochi Shokkan roll cake (with Aso Oguni jersey cream) is sold instead of the Hokkaido unpasteurized milk.
If possible, I’d like to get both products and compare their flavors.
Depending on where you are, try your region’s roll cake!