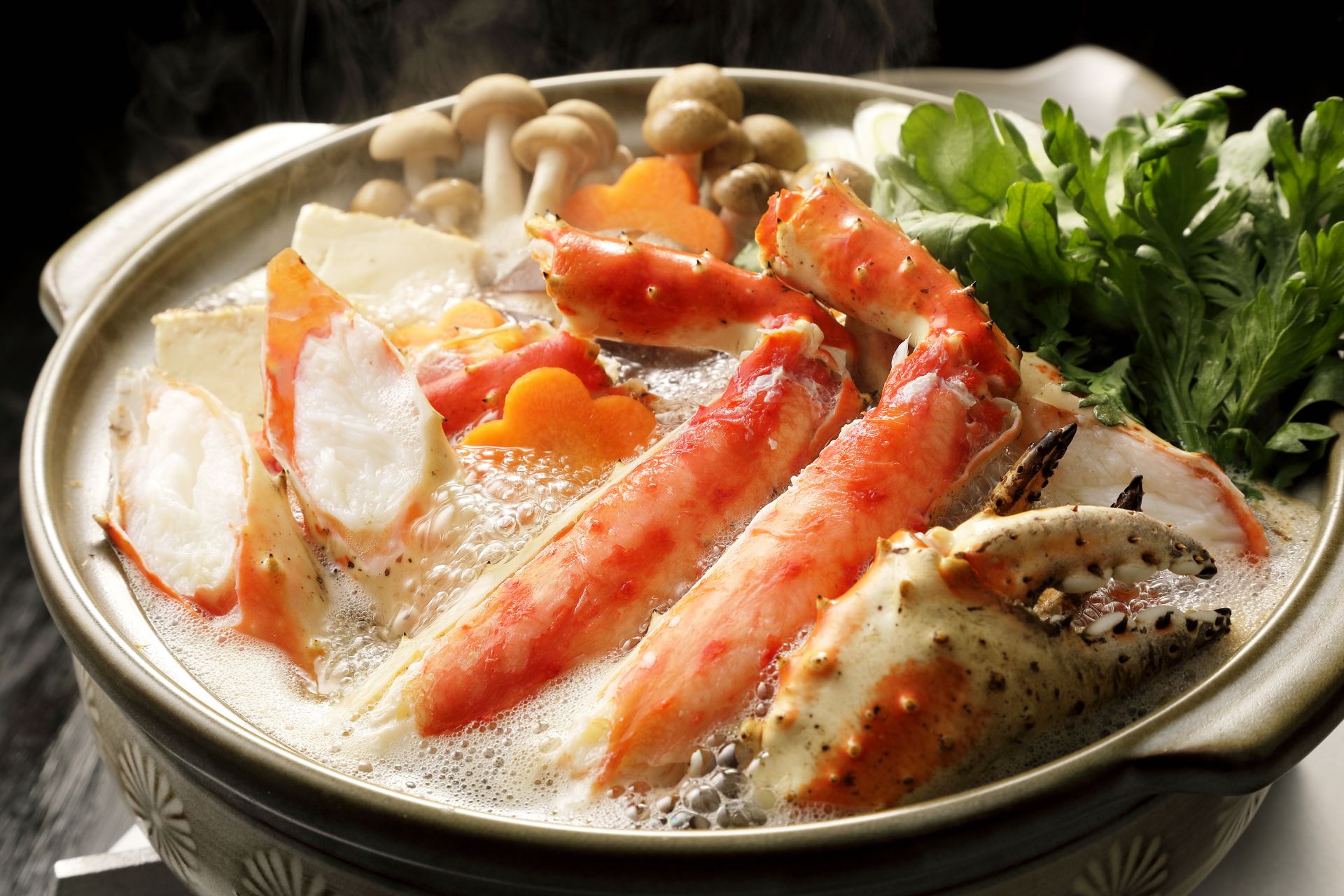 “Hotpot” Dishes are Perfect for Winter in Japan! Submit Your Tasty Experiences to Social Media with This Cheap Prepaid SIM!

Japan has gotten even colder. So, “hotpot” dishes that warm you right up are super popular!
In this article we’ll be introducing the top 4 types of popular winter “hotpot” dishes, perfect for you to show off on social media!
“YAMADA New Mobile” is a cheap prepaid SIM sold at the nationwide chain “Yamada Denki.”
Using that SIM, you can surf the web as much as you like while in Japan! Of course, that means you can post to social media too!

※Details on the cheap prepaid SIM “YAMADA New Mobile” are available at the end of the article.

Yellowtail, called “buri” in Japanese, that is caught in the Sea of Japan in the winter is called “kan-buri (“cold yellowtail”),” and it has a delicious fatty flavor. It’s in season from December through February.
Buri shabu is a dish where you dip thinly-sliced fresh yellowtail into a hot broth and eat it with ponzu sauce.
The fat in the yellowtail melts off in the hot broth, making this a delicious and healthy dish!
This is something you won’t want to miss while it’s in season!

Pufferfish, known as “fugu” in Japanese, is the number one luxury fish in Japan.
Hotpot made with pufferfish is known as “tecchiri” in Osaka, and it’s quite the amazing dish.
It is typically made by cooking the pufferfish in a kombu kelp-based broth then dipping in ponzu sauce. Its light texture just adds to the deliciousness!

Pufferfish is poisonous if prepared improperly, but you need a special license to serve it in Japan, so you can rest easy!
Be sure to give it a try!

Crab is the quintessential winter indulgence!
Crab gently simmered over a fire is tender and delicious!
After all the crab is gone, the broth will still have plenty of delightful crab flavor, so it’s great for making crab zosui (rice soup)!

“Kue nabe” is the specialty of Kochi Prefecture.
There aren’t typically many catches of the type of grouper known as “kue” in Japan, so it’s seen as a rare luxury.
Grouper is low in calories and high in collagen, so many people say that it tastes its best in hotpot dishes.
The leftover broth is also excellent for making zosui!

Hotpot is Perfect for Winter!

You can have tasty hotpot with any ingredients, from meat to seafood, and it’s typically packed with vegetables too so it’s also healthy.
It’s fun to enjoy hotpot with a group of people, but there are also plenty of restaurants where you can go to enjoy hotpot alone.
Be sure to try out all kinds of hotpot dishes in the winter!

Lastly, we want to tell you about details of low-priced prepaid SIM; “YAMADA New Mobile” that you will need to upload your pictures while traveling.

We recommend the low-cost YAMADA New Mobile card especially designed for price-sensitive travelers who want Internet access throughout their stay in Japan. This card is offered by major electronic retailer "Yamada Denki". Fast data connectivity is available simply by inserting this exclusive SIM card into compatible devices. (Customers are advised that even though Internet accessible areas are available through Japan's largest communication providers, coverage in tourist spots are subject to the network ranges available).