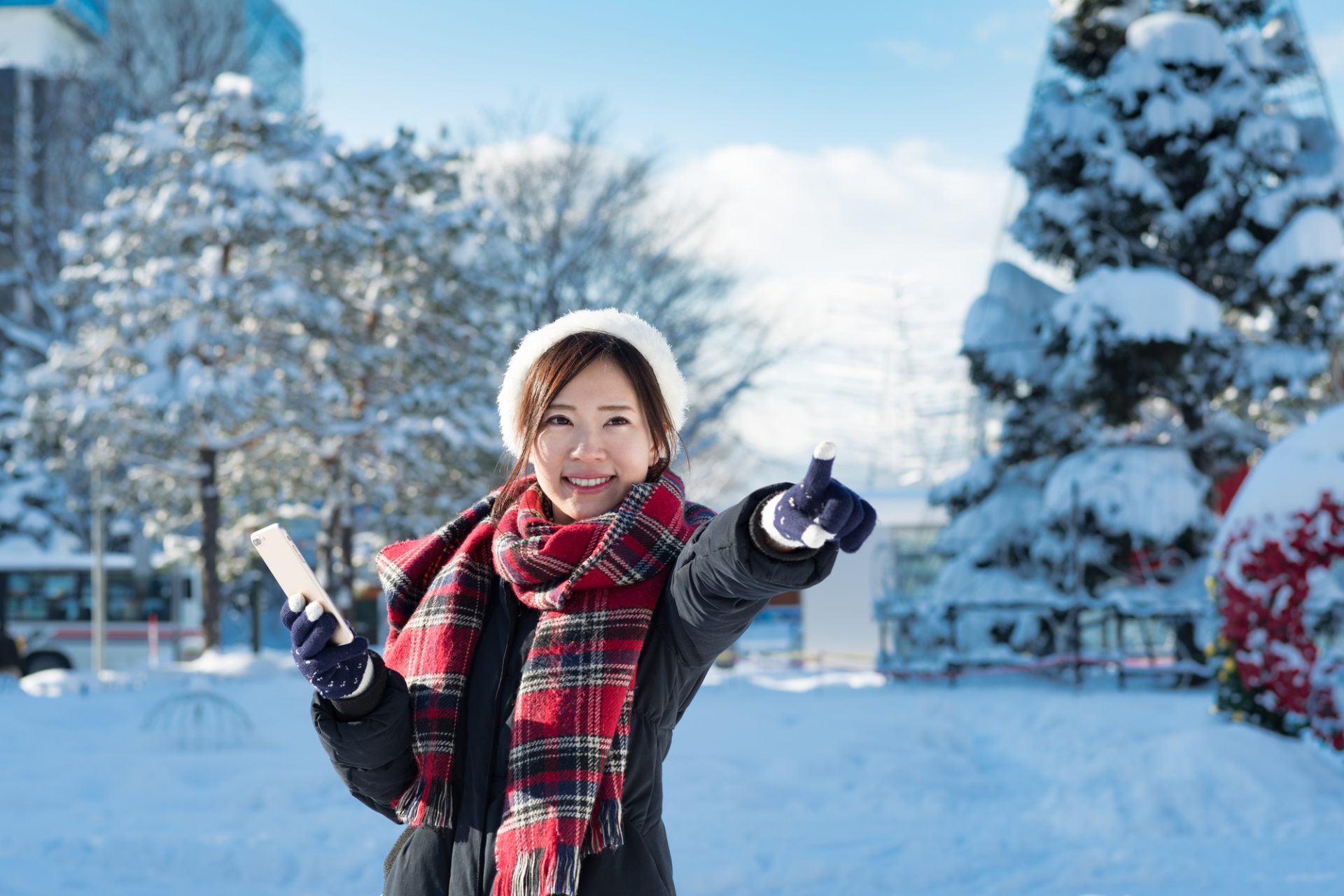 In South Hokkaido and Tohoku, there's a lot of delicious food to eat in the winter! While the standard gourmet fare of winter is good, I recommend walking around town and trying the local delicacies. With the JR Tohoku-South Hokkaido Rail Pass, it's possible to go around these regions at a reasonable price. In this edition, I will introduce the places you can visit to savor winter's gourmet delights with this Pass!

What is the JR Tohoku-South Hokkaido Rail Pass?

This is a new pass which can be used from February 1st, 2018. It allows unlimited rides on JR trains, including Express and Shinkansen lines, in the Tohoku and South Hokkaido areas, including Sapporo, Hakodate and New Chitose Airport stations.
It is valid for any 5 days within 14 days after the date of issue (it's not necessary for the 5 days to be consecutive).

Savor the Winter Gourmet Tour of Tohoku and South Hokkaido

*Depending on the season or where you live, there may not be direct flights to New Chitose Airport from your home country.

The culture of curry first came to Japan from India via Britain. Then a unique "Japanese Curry" was developed and it has gained popularity around the world. One kind of curry that has enjoyed a boom all over Japan is the "Soup Curry" that originated in Sapporo.

In general, Japanese curry is rich and thick, but Soup Curry flows more freely. Pouring it over white rice or saffron rice allows the soup to penetrate the rice.
There are a lot of Soup Curry restaurants in Sapporo. Many of them let customers choose their main ingredient from the following: chicken legs, pork, seafood or lamb chops. Added to this soup are vegetables with an impressive presence, such as large chunks of potatoes and carrots, okra, "kabocha" pumpkin and green peppers. The aroma of the unique spice mixes mix at each shop will whet your appetite. When you eat it, Soup Curry is sure to warm both your body and soul!

(Recommended Access Method: From Sapporo Station, take JR Limited Express Super Hokuto bound for Hakodate to Shin-Hakodate-Hokuto Station. From there, take the JR Shinkansen Hayabusa bound for Tokyo and get off at Hachinohe Station. It takes about 5 hours, 30 minutes.)

In the area surrounding Hachinohe City in Aomori Prefecture, the local cuisine is "Sembei-Jiru ". The soup base is flavored with soy sauce or a "Dashi" stock made from a variety of ingredients. To this is added fish or meat and vegetables for a dish full of nutrition. The special feature of this dish is the "Nambu Senbei" cracker made of flour and salt that's broken over the soup. As the crackers absorb the flavor of the soup, you won't be able to stop savoring this unique mouthfeel!

There are a lot of restaurants in Hachinohe where you can try "Sembei-Jiru"! Why not have it with a seafood rice bowl set? This rice bowl is piled high with seafood caught in the waters off Hachinohe. Be sure to check out all the different places!

With its rich flavor and crispy texture, Japanese parsley attracts gourmets. Miyagi Prefecture in particular, where Sendai is located, is one of the main producers in Japan. The Japanese parsley grown around Sendai has a brand name: "Sendai Seri". In the past few years, a new gourmet dish full of this Japanese parsley has appeared: the "Seri-Nabe" hot-pot!
By the way, the season for Japanese parsley runs from the middle of November through March.

Piled High with Roots, Its Visual Impact is Stunning!

When you first see "Seri-Nabe", you might be surprised to find that even the roots of Japanese parsley are used, but don't worry. Carefully cleansed of any dirt, these roots make the soup taste good. Other ingredients include green onions, burdock roots, chicken or duck. After eating the hot-pot, noodles or rice are added to the soup to finish off the meal. That's another gourmet dish in itself!
Many restaurants offer "Seri-Nabe" with locally-brewed Miyagi sake.
Feeling a bit tipsy from the pleasure of good food and drink is a great way to end the final day of your trip, don't you think?

(5) Use it to Return Home from Sendai International Airport

(Recommended Access Method: Take the Sendai Airport Access Line from Sendai Station to Sendai Airport Station. It takes about 30 minutes.)
*Depending on the season or where you live, there may not be direct flights returning to your home country from Sendai International Airport.

See How Much Money You Can Save With the JR Tohoku-South Hokkaido Rail Pass!

Compare the prices of the JR Tohoku-South Hokkaido Rail Pass with a situation in which it is not used.
1) When the JR Tohoku-South Hokkaido Rail Pass is NOT used:
From New Chitose Airport to Sapporo Station: ¥1070
From Sapporo Station to Hachinohe Station: ¥15,800
From Hachinohe Station to Sendai Station: ¥9280
From Sendai Station to Sendai International Airport: ¥650
It comes to a total of ¥26,800.

In addition to the places introduced in this article, there are a lot of other wonderful tourist attractions and delicious food in Tohoku and South Hokkaido. With unlimited rides, why not take advantage of the JR Tohoku-South Hokkaido Rail Pass to enjoy a winter trip to this part of Japan?

Period of Use
February 1, 2018 - April 13, 2019
Period of Validity
Any 5 days out of the 14-day period after the date of issue (flexible 5-day pass)
*Date of issue refers to the pick-up date for passes purchased outside of Japan and the date of purchase for passes bought in Japan.
Prices
1) Within Japan, prices are ¥20,000 per adult and ¥10,000 per child.
2) Outside Japan, prices are ¥19,000 per adult and ¥9,500 per child.
*Adults include everyone age 12 and over, children are 6-11 years old. Children under 6 years old may ride for free in an undesignated seat.
Conditions of Purchase and Use
The JR Tohoku-South Hokkaido Rail Pass is available for purchase by holders of non-Japanese passports with “temporary visitor” visa status who plan to stay in Japan for no longer than 90 days.
*Passport must be presented at the time of purchase for confirmation.
Purchase Methods
1)Within Japan: At ticket sales counters inside Japan
2)Outside Japan: After purchasing an exchange order at overseas travel agencies, show your exchange order to receive tickets at exchange counters inside Japan
URL(English)
http://www.jreasthokkaido.com/tohokuhokkaido/e/