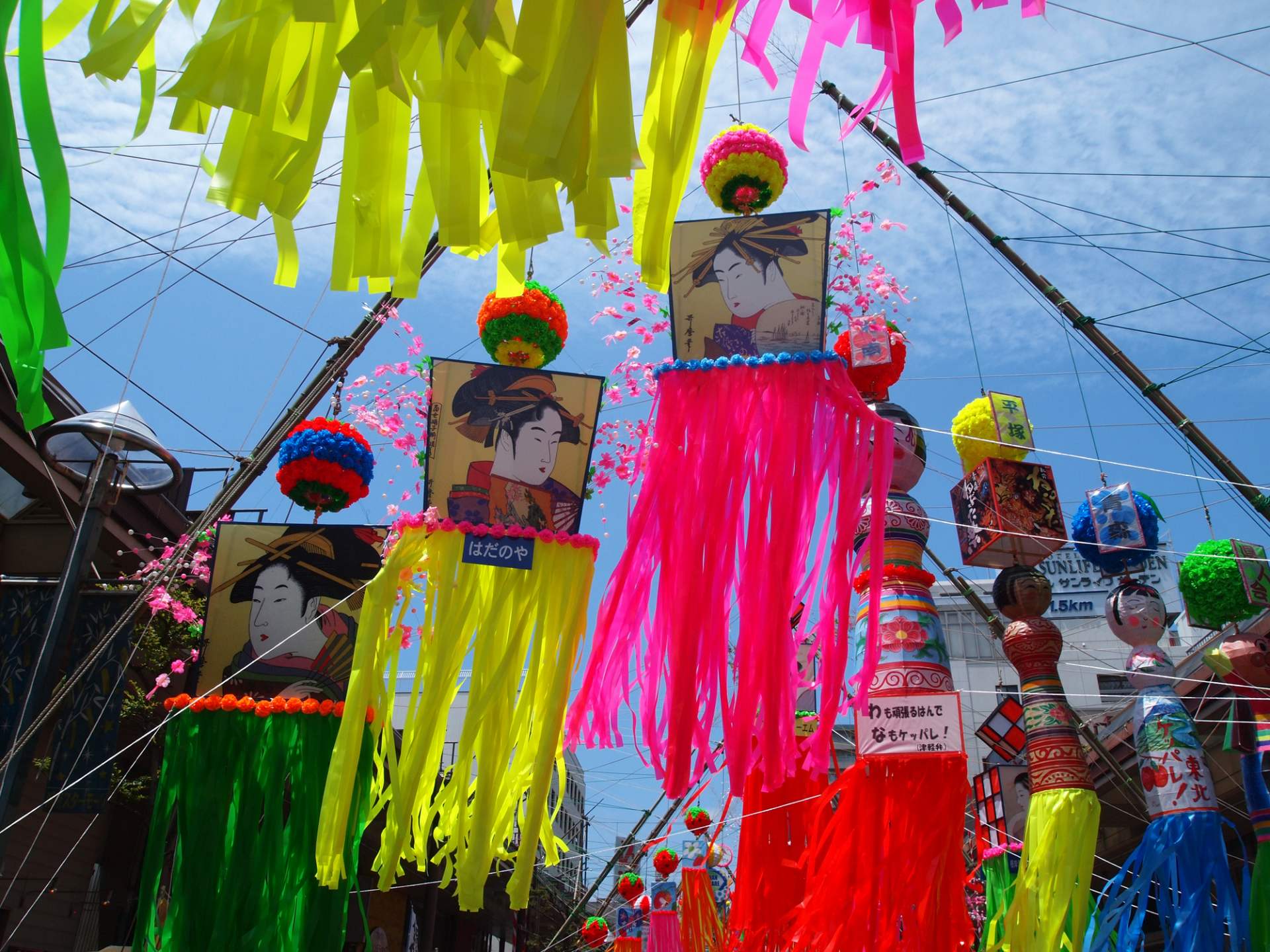 All around Japan, Tanabata Matsuri, or "Star Festivals", are held in July. These celebrations originated from the Qixi Festival in China, which is based on the legend of Princess Orihime and Prince Hikoboshi, two deities represented by the stars Vega and Altair. According to legend, the Milky Way constellation separates these celestial lovers, allowing them to meet only once a year on the 7th day of the 7th lunar month. Now it's celebrated every year around July 7. In Hiratsuka, Tanabata Matsuri started as a commercial promotion, but now its decorations are so gorgeous that it's said to be the best in Japan!

In the center of town, especially at the main venue of Shonan Star Mall, about 500 dazzling decorations blanket the streets.

Standing out among these are giant decorations, over 10 meters long, featuring popular animals, characters and athletes.

During this period, food stalls line the streets, music and dance performances are held on stage, and events such as parades lend an air of excitement to the festival!

On the romantic night of Tanabata, enjoy a magical display of illuminated decorations!