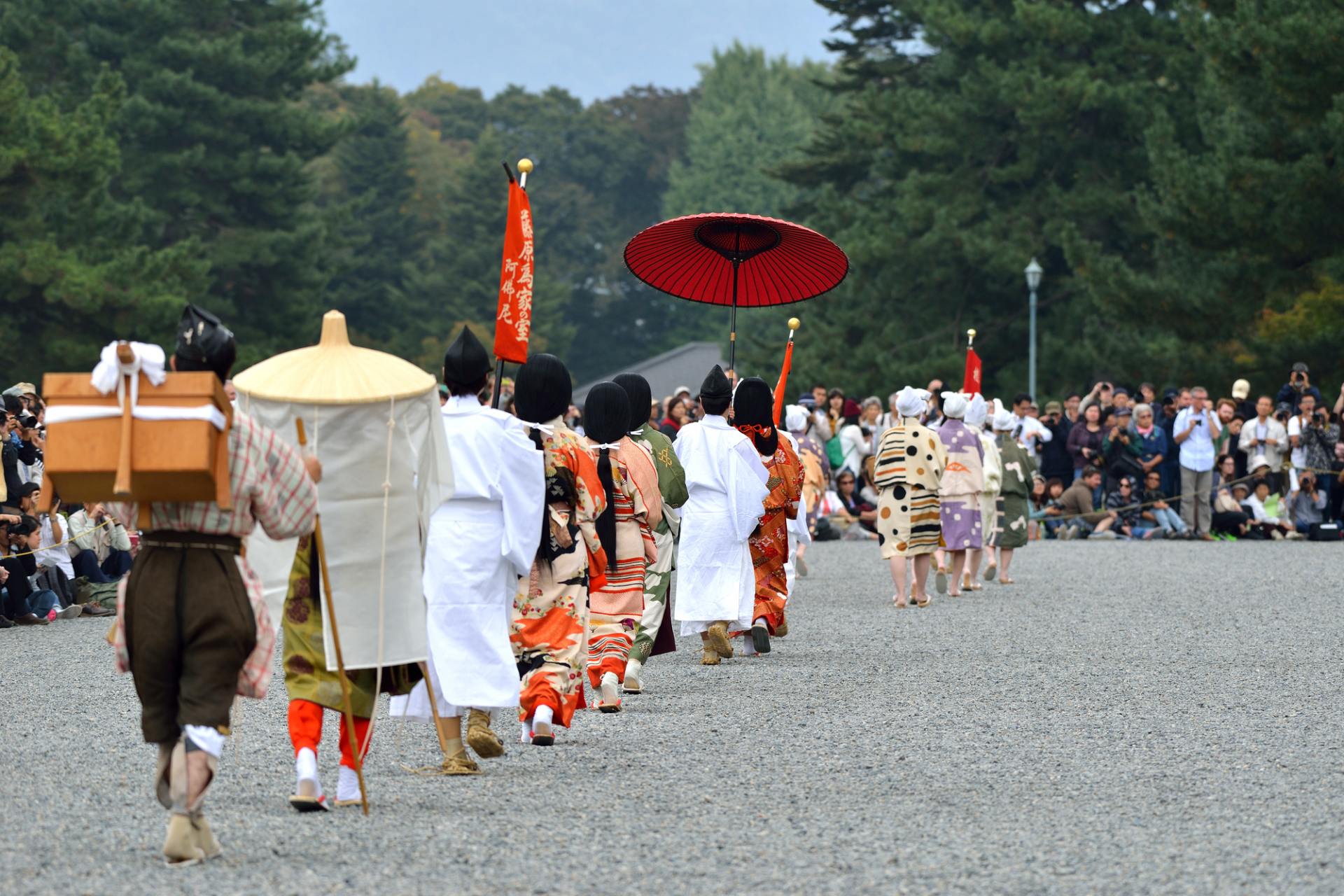 Along with the Aoi Matsuri in May and the Gion Matsuri in July, Heian Shrine's Jidai Matsuri (Festival of the Ages) is considered one of the three greatest annual festivals held in Kyoto.
The highlight of this festival is the Jidai Gyoretsu parade. The timbre of Japanese taiko drums and flutes form the vanguard of a grand procession of about 2,000 people, stretching approximately 2 km, marching from the Kyoto Imperial Palace to Heian Shrine.
This parade showcases the moving history of customs and manners of Japan, from the recent Meiji Era to the distant Heian Era, almost as if a picture scroll has come to life!

The Route of the Procession

*The times stated above may sometimes be a little behind schedule.)
*It usually takes about 2 and a half hours for the procession to pass.
*Since there is the danger of startling horses and cows, flash photography is prohibited.

Place
(Heian Shrine): Okazaki Nishi Tenno-cho 97, Sakyo-ku, Kyoto
Date
October 22 (In case of rain, it may be postponed to October 23. The final decision will be made early that morning.)
Procession Departure Time
12:00 pm to
Charge
Free (Paid Spectator Seating is available)