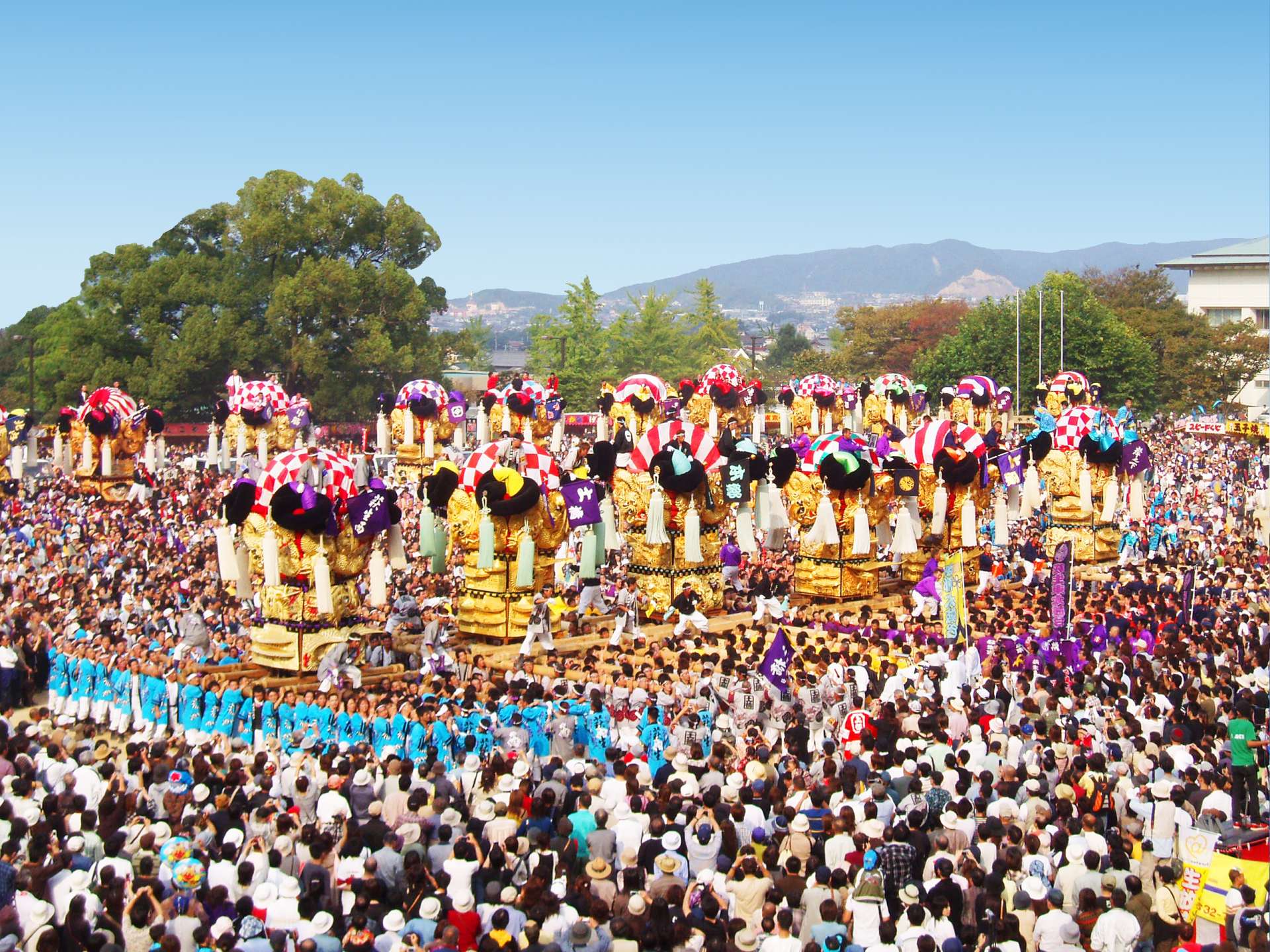 One of Three Major Festivals in Shikoku: Niihama Taiko Matsuri in Ehime Prefecture

Over three days in October, a lively annual autumn festival takes place in Niihama City, Ehime Prefecture. Held in various districts throughout the city, it's known by its generic name, Niihama Taiko Matsuri. This festival celebrates the abundant harvest of autumn. Along with Tokushima's Awa-Odori and Kochi's Yosakoi summer dance festivals, the Taiko Matsuri is famous as one of the three major festivals in Shikoku.

The Taikodai is a giant, gorgeous palanquin shaped like a portable Japanese shrine. Shouldered around the districts of Niihama, processions of palanquins carrying the taiko drums are the highlight of this event. With a height of 5.4 meters, a length of between 12 and 13 meters, and a width of 3.4 meters, the Taikodai weigh between 2.5 and 3 tons. Groups of about 150 men, called Kakiho, carry them around. This event is also known as Otoko-matsuri, or a festival for men.

One thing you won't want to miss is Kakikurabe, where several Taikodai from around each district gather in one place. The word Kakikurabe means, "comparing how well each area shoulders their float."