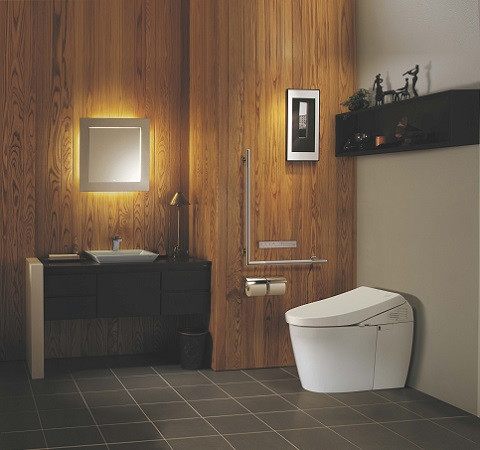 Japanese toilets are the best in the world! Now Narita Airport has an experiential bathroom space, “toilet gallery”, which is just like a museum!

When it comes to a thing that makes overseas tourists really surprised at the time of their first visit to Japan, many tourists would say “toilets”. They are amazed its advanced technological functions such as an automatic lighting system that turns a light on as you come into the bathroom, an automatic opening-closing lid system, automatic flushing system, etc.

The quality of Japanese toilets is at the world's highest level. Though every single toilet in Japan does not hold those automatic functions, there is one very particular system that is commonly seen in most of hotels, department stores, and restaurants. The system is called a “warm water cleansing toilet system”, which washes buttocks with warm shower. Many people, who visited Japan before, should be familiar with this system already, but we would like to introduce you some basic functions of this system in this article.

The operation of this system is very easy and the control buttons is always located within a range of your reach. Main buttons are for STOP, CLEAN, and BIDET. The following illustration indicates the functions of each button. You may feel it is ticklish at first however, you would end up becoming addictive once getting used to it.

Usually, the system also has a water-pressure adjusting button, with which you can adjust the strength of the water. Moreover, some of the toilets in department stores in Japan may have a button with a musical note on it. This has a noise making function, which is designed for cancelling out a noise that you make when using a toilet.

The “warm-water cleasing toilet system” is commonly called “WASHLET” in Japan, which is actually a registered trademark of a Japanese bathroom products manufacture/company, TOTO (therefore only TOTO can use the word “WASHLET” for business purposes). As the above mentioned noise making function has also been developed by TOTO, they have introduced many innovative products. It is not too much to say that TOTO is the top toilet company that leads the toilet cultures/products not only in Japan but also in the world.

Now, we would like to introduce you “GALLERY TOTO”, at which you can experience state of art toilets. It is located on the access way of the terminal 2 of Narita International Airport. Aiming to deliver the great culture and technologies of Japanese toilets to the world, TOTO has designed this gallery like a toilet museum. It is a must-go place for those who fly from Narita Airport. You will definitely love to have a WASHLET at home.

The details of Gallery TOTO are here!