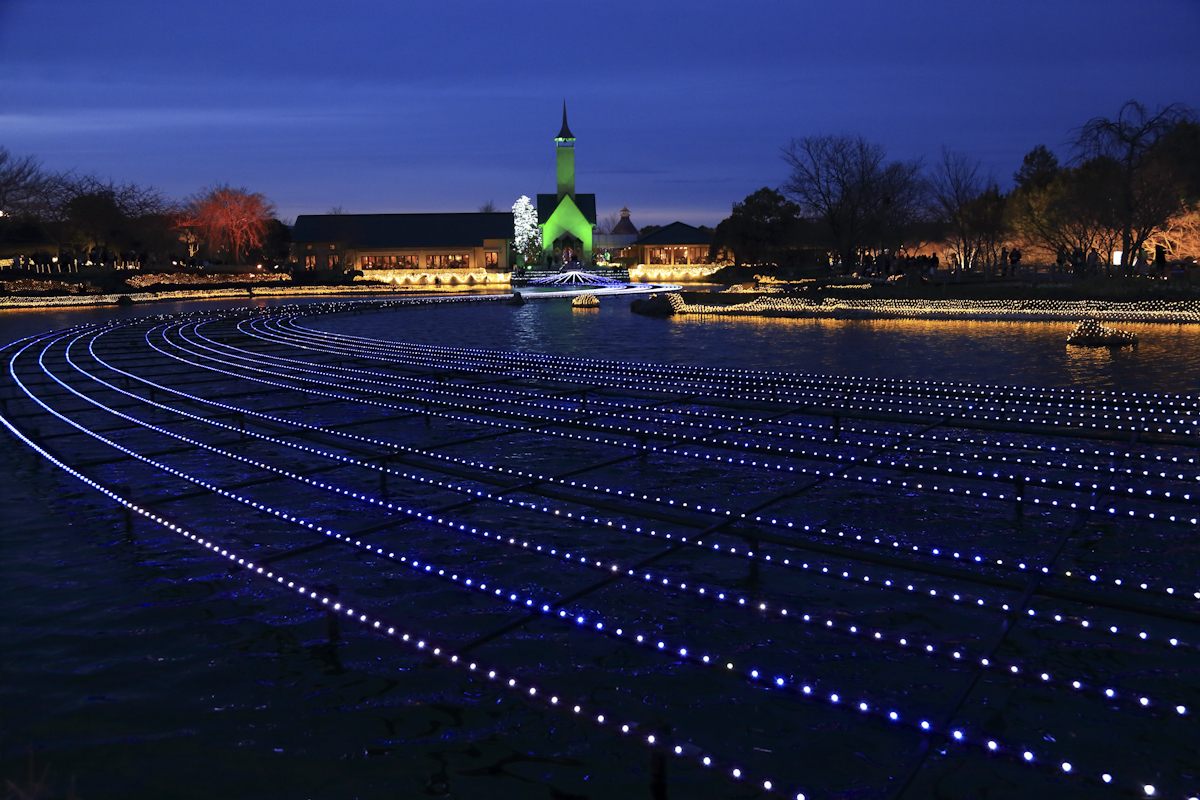 Enjoy a Fantastic Night in a Winter Garden

Nabana no Sato was built with the idea of “a small dreamlike village along the Nagara River” in mind. The park, with a pond in its center, is lit up at night, and the area boasts one of the largest scale illuminations in Japan.

In addition to 120 meters of water illumination, called “The River of Light,” Nabana no Sato’s illumination hosts multiple must-see sights, including a tunnel of light with a total length of 200 meters, two 20-meter-tall trees called “Twin Trees” decorated in crystal white lights, and the “Light’s Sea of Clouds,” which is a carpeting of blue LED lights in front of the Nagashima Beer Garden.

The Nagashima Beer Garden, located within the park, offers guests the chance to taste three different types of delicious beer, so why not give them a try while enjoying the garden’s lights?

Overview of Nabana no Sato Illumination