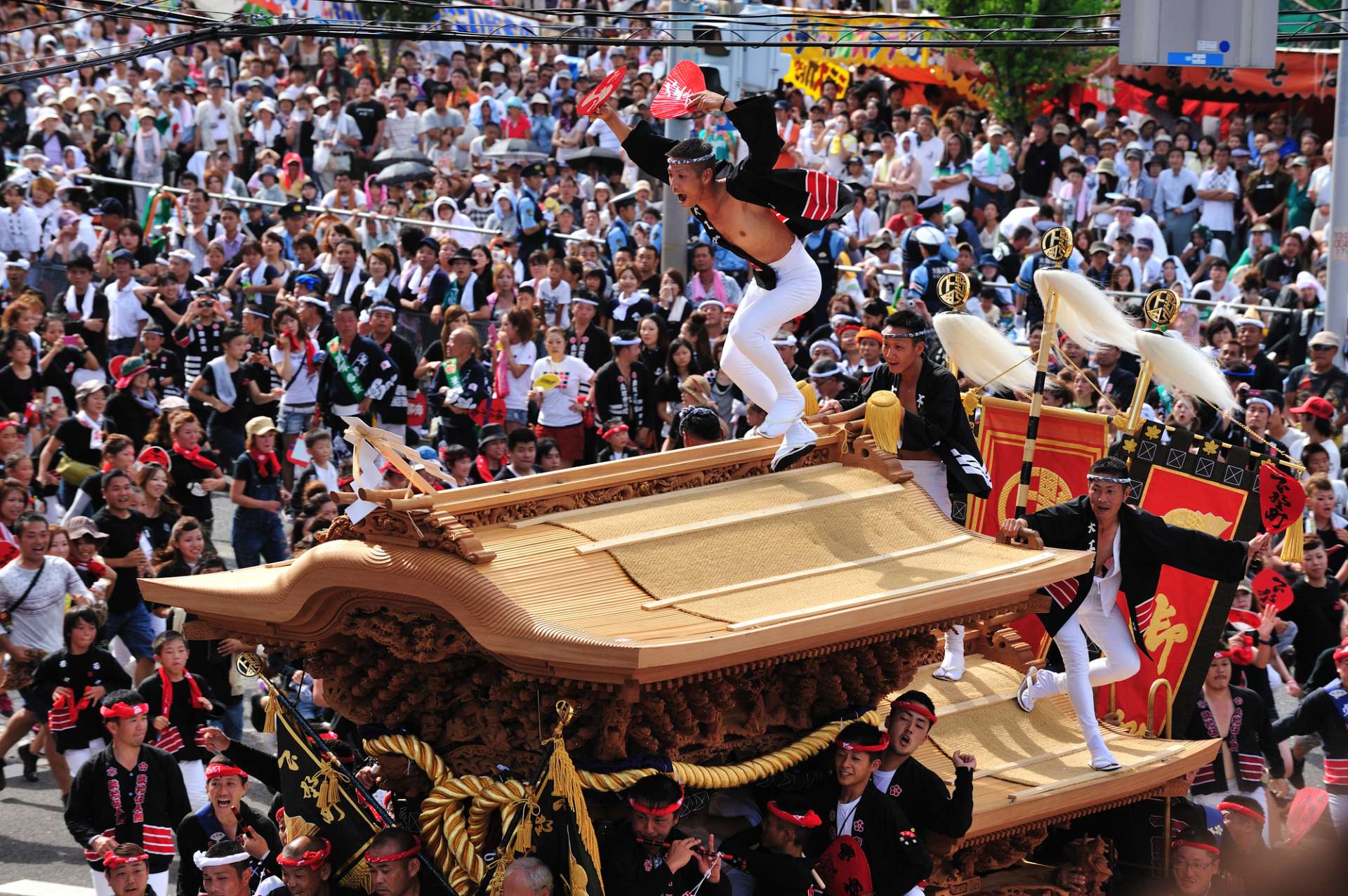 The Kishiwada Danjiri Matsuri was founded around 300 years ago from the people’s wishes to have “a bountiful grain harvest.” Many years have passed since its inception, and today this festival also serves to strengthen the bonds between the local people. During this festival, people carry danjiri (decorative portable shrines) around town while letting out powerful cries. Another fun thing to look out for are the plenty of gourmet food stalls set up during the festival.

The turning of the danjiri around corners on its path is called “yarimawashi.” Other festivals that use floats and portable shrines typically have the carriers slow down to make turns. However, during the Kishiwada Danjiri Matsuri, those carrying the danjiri attempt to make the turns at full speed, so everyone has to carefully time the turns, or else! It is very dangerous to watch this from too closely, so be sure to keep some distance between yourself and the danjiri when you’re watching, and enjoy the view from a distance.