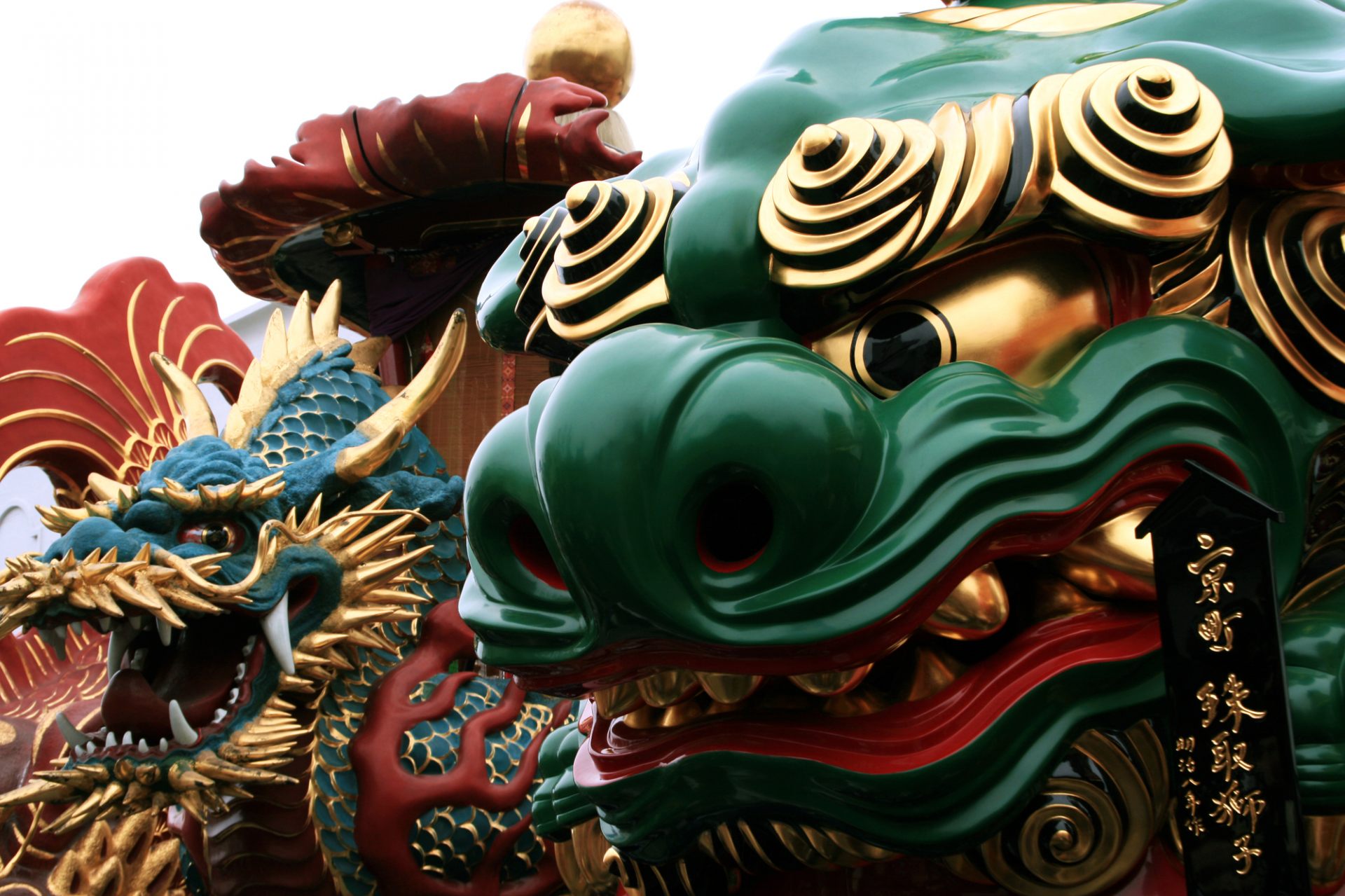 “Karatsu Kunchi” is a major autumn festival, held November 2nd through 4th every year at Karatsu Shrine. The festival celebrates harvests.
The combined sounds of flutes, bells, and taiko drums blend with the voices of participants shouting “en-ya” and “yoi-sa” as 14 massive extravagant festival floats, called “hikiyama,” are carried throughout the city.
“Karatsu Kunchi” has been designated as an Important Intangible Folk Culture Asset of Japan, and in 2016 it was registered as a UNESCO Intangible Cultural Heritage as well.

Each of the 14 hikiyama used during “Karatsu Kunchi” is unique, modeled after things like lions, kabuto helmets, turtles, and even tai (sea bream). The hikiyama stand around 7 meters tall, and they weigh around 2-3 tons.
The hikiyama decorations are made with washi (Japanese paper), lacquer, and gold leaf, making them some of the world’s largest traditional lacquerware crafts.
When the festival is not being held, the hikiyama are put on display in the “Hikiyama Exhibition Hall” on the west side of Karatsu Shrine.

The hikiyama bathed in light from paper lanterns is truly a sight to behold!

This is the main day of the festival, so there are always many visitors around to watch. Along the western riverbank the wheels of the 2-3 ton hikiyama tend to sink into the sand, so shouts of encouragement as the hikiyama struggle to move forward reach a feverish peak here.

Enjoy an exciting and energetic finale to the festival as shouts of “en-ya, en-ya” fill the air!

“Furusato Hall Alpino,” located next to JR Karatsu Station, displays and sells special local products, so it’s a great stop for information or for a quick break!