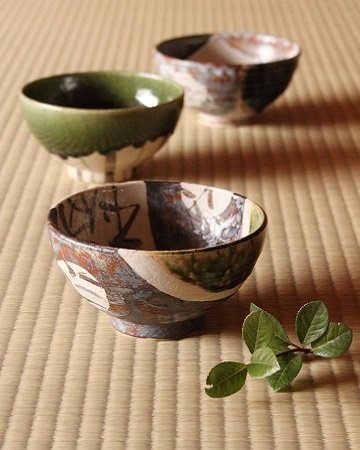 Japanese pottery and porcelain are highly popular in the world as objects expressing the traditional beauty of Japan. Many international tourists purchase these as souvenirs for their practicality and also as art for enjoyment. Tours that take you through these production regions are also becoming popular among travelers. Areas both small and large that produce pottery and porcelain number more than 50 in this small country, but the Tono region of Gifu prefecture is considered one of the leading areas. Currently, this region produces over half of all pottery and porcelain in Japan, and the Mino-yaki produced here has a global reputation.

Depending on the region of their production, Japanese pottery and porcelain have their own features and uniqueness that have been developed through their long history. They often have brand names derived from that region such as the Arita-yaki, Seto-yaki and Mino-yaki. Mino-yaki is distinguished by its variation in style. Usually, potteries of the same brand all have a fixed form and pattern, but the Mino-yaki has various styles of pottery and porcelain even within the same production region.

Each style of pottery and porcelain has their own unique features and popularity, making it difficult to choose which is the best type. However, as pottery and porcelain that are made using techniques designated by the Japanese government as an important intangible cultural asset, we’d like to mention the Shino-yaki and Setoguro. Shino-yaki potteries were made in the latter 16th century, and often contain red scorch marks against the white background. Seto-yaki potteries were also made in the latter 16th century, but are tea bowls in solid black.

When you travel to the Tono region of Gifu prefecture, you will find all sorts of other pottery and porcelain everywhere you look. Areas like the city of Toki, which boasts the largest production in this region, are only an hour by train from Nagoya. If you have an opportunity to visit Japan, these areas would make nice travel destinations. You can enjoy experiencing the atmosphere unique to these towns in Japan’s largest pottery and porcelain producing region. For fun, you can also observe craftsmen in their work as they make pottery or you can also enjoy a hands-on experience.