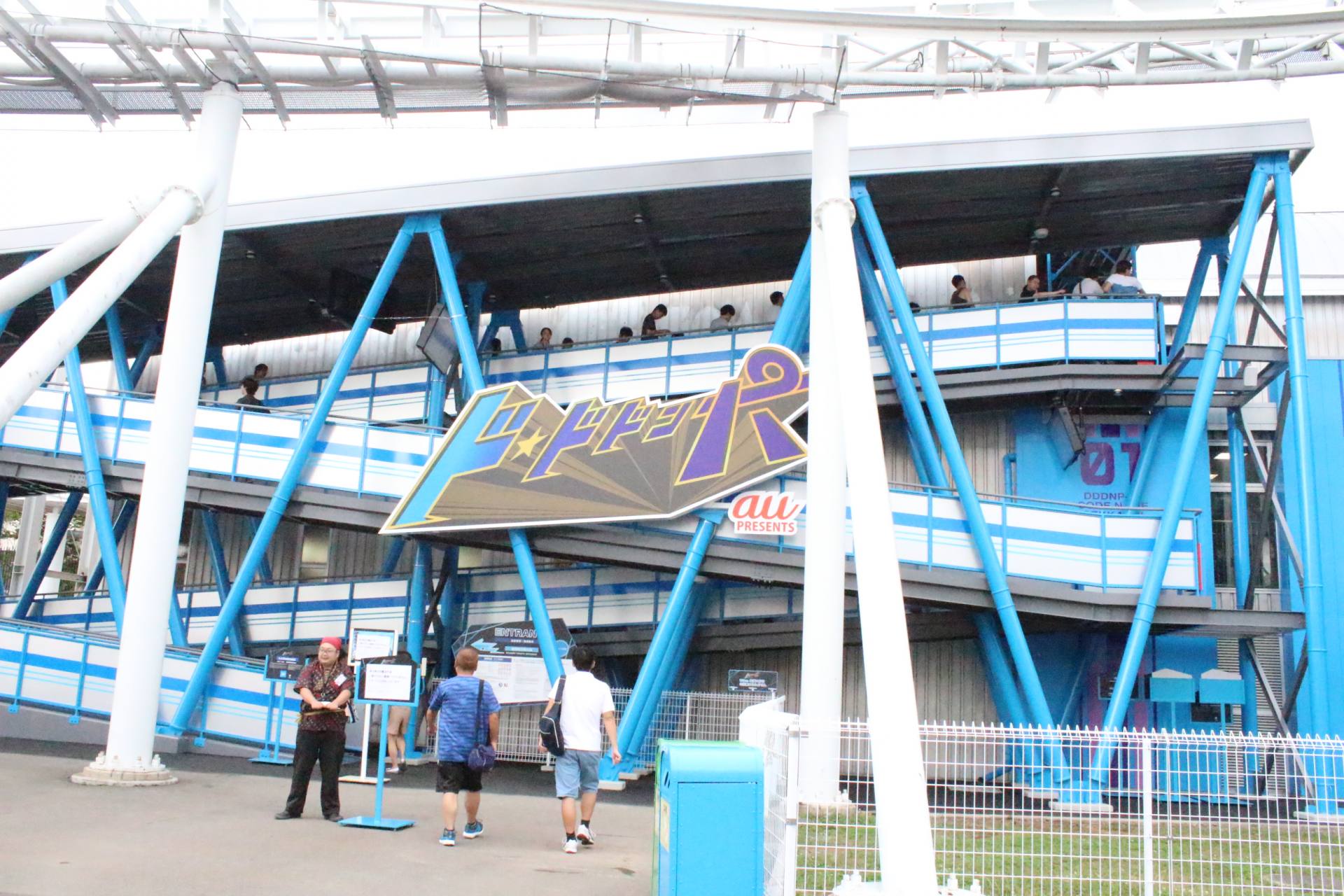 Fuji-Q Highland, said to be the Holy Land of roller coasters, now has yet another roller coaster to add to their repertoire!
“Do-Dodonpa,” a new-and-improved version of the older coaster “Dodonpa,” opened on July 15th, now faster than ever and with the world’s largest loop added! I went to ride it as soon as I could, so I will be introducing it here!

There are a variety of tickets available, including entry passes, free passes, senior passes (65 years and up), and passes for the children’s area Thomas Land.
The following link to Fuji-Q’s webpage also has information on great deals and discounts for tickets, so be sure to check it out!

Let’s Hurry and Board Do-Dodonpa!

The boarding area for Do-Dodonpa was right there past the first entrance.
I trembled with anticipation and nerves each time the explosive launch sound fired as the roller coaster started up!

After the count of “One, two, three!” I was launched from the tunnel! I was on the verge of fainting from the ridiculous 1.56-second acceleration from 0 to 180 km/h and the world’s largest loop, on par with the size of an enormous Ferris wheel.

So intense…!! It was much more intense than I had expected, and I ended up a bit dazed after I got off.
It was so ridiculously fast that my hair ties came undone. I want to warn people that are going to ride Do-Dodonpa that there’s no point to doing your hair that day.

People who are over 130cm tall and under the age of 64 can ride Do-Dodonpa.
If you are in poor physical condition, pushing yourself and riding this roller coaster could result in further injury.
By the way, there are 3 photo spots during the ride. You can purchase the 3 photos and data for 1300 yen (tax included).

Thomas Land is an area for small children to enjoy.
The area is packed with things for children to enjoy, including Thomas-related 3D theaters and plenty of attractions with no height or age restrictions!

Incidentally, the tower-like attraction you can see in the background of the Thomas Land photo is “Tentekomai,” which opened in 2016.
It’s the type of attraction where you control your own spinning motion.

There are various gift and souvenir shops near the main attractions. There are shops based on things like “Thomas the Tank Engine” and the yokai manga “GeGeGe no Kitaro,” so be sure to check them out for limited goods that you won’t find anywhere else!

There are also things to see outside of the park, like a facility based on the popular French picture book “Gaspard et Lisa,” as well as cute cafes and shops!
Additionally, the “Fujiyama Onsen” is also next to the park, so I recommend relaxing in the hot springs when you’re tired out from enjoying the rides!