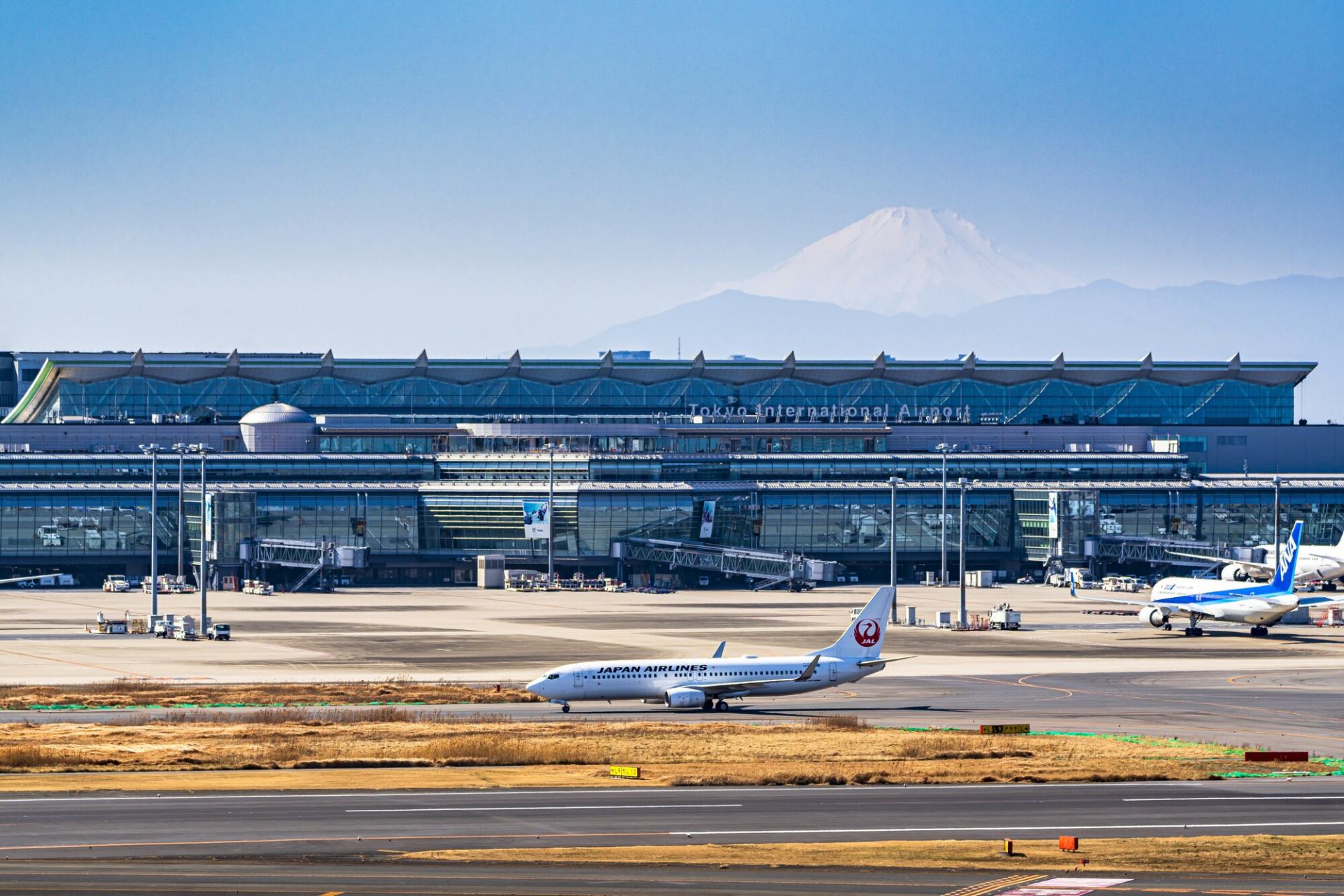 The airport enjoyed by everyone whether having a flight or not.

Haneda is Japan’s largest airport, officially called Tokyo International Airport. Each of the three terminals has an observation deck where you can watch closely the airplanes take off and land, shopping facility, and restaurants with different cuisines.

On the ground floor of the 1st terminal, there is Haneda Airport Shrine where you can make a wish for a safe trip.

At the observation deck of the 2nd terminal, Hoshikuzu (Star) Stage is held at night, where 4000 LED lights are lit for a romantic effect.

The 3rd terminal has Edo Koji (Alley) that recreates a townscape from the samurai era, which fascinates oversea tourists.