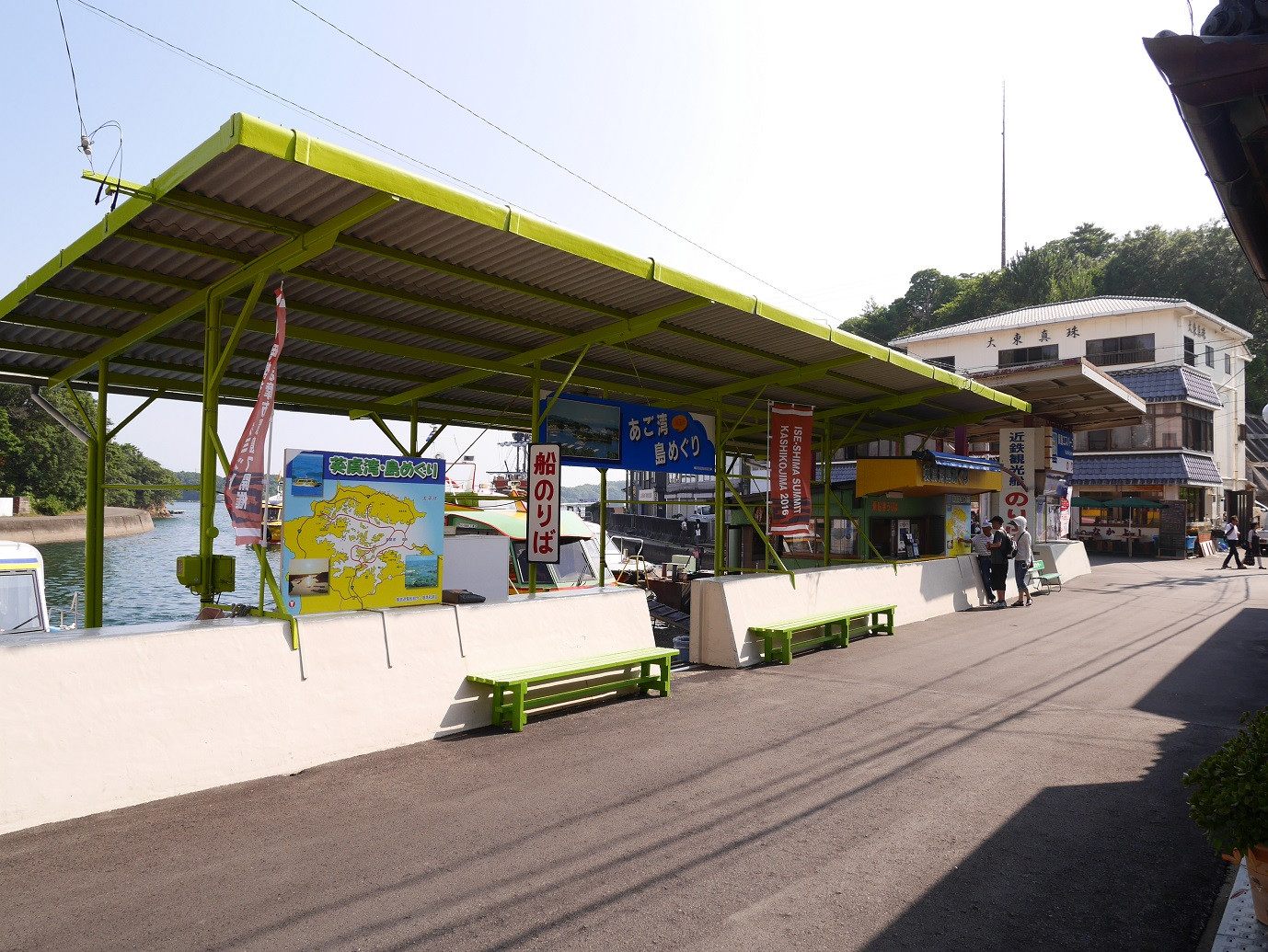 The location of the Ise-Shima G7 summit, Kashikojima and Ago Bay cruise (Espana cruise)

Ise-Shima G7 summit was held over May 26th and 27th 2016. It was hosted on Kasiko island in Shima city, Mie prefecture. I decided to visit the island. I boarded the Ago bay cruise ship. The port is only a few minutes walk from Kintetsu Kashikojima station .

I couldn’t wait to board the ship after buying the ticket at the ticket office. (¥1,600 ages 12 and over)

I boarded a 3-masted sailing vessel which was made to resemble the carrack ships used during the Age of Discovery from the 14th to 16th century in Spain. Because of the direct sun light, the deck on the third floor would have been too hot for me. I decided to enjoy the ride from the back part of second floor where there is a covered area to avoid the strong sunlight.

On the way I saw MIKIMOTO’s pearl farm. Ago Bay is famous for their pearls. Over a century ago, Kokichi Mikimoto succeeded in creating the world’s first cultured pearl. He is the founder of 「Mikimoto」.

Ago Bay has a 「ria coast」. A ria coast has is a deeply indented coast line with deep, calm water and a moderate temperature year round. This makes Ago Bay perfect for farming 「Akoya oysters」. Akoya oysters produce the best pearls.

Since it is a ria coast, there were no high waves so I didn’t feel sea sick. It was so relaxing to feel the nice ocean breeze on the boat.

The cruise takes about 50 minutes. They stopped at the 「Deguchi pearl」 (it’s not the same company as 「MIKIMOTO」) for about 10 minutes. Anybody who wanted to go have a look could land there.

They sell pearls there but they also show how to embed a particle into the flesh of the 「Akoya oyster」 and other important procedures.

There is a nice air conditioned area for having soft drinks on the boat .

Did you know this boat’s name is 「Esperanza」 which means 「hope」 in Spanish? I liked the cruise because it was educational as well as enjoyable.

There are English sightseeing cruise leaflets in PDF format available on the website above.