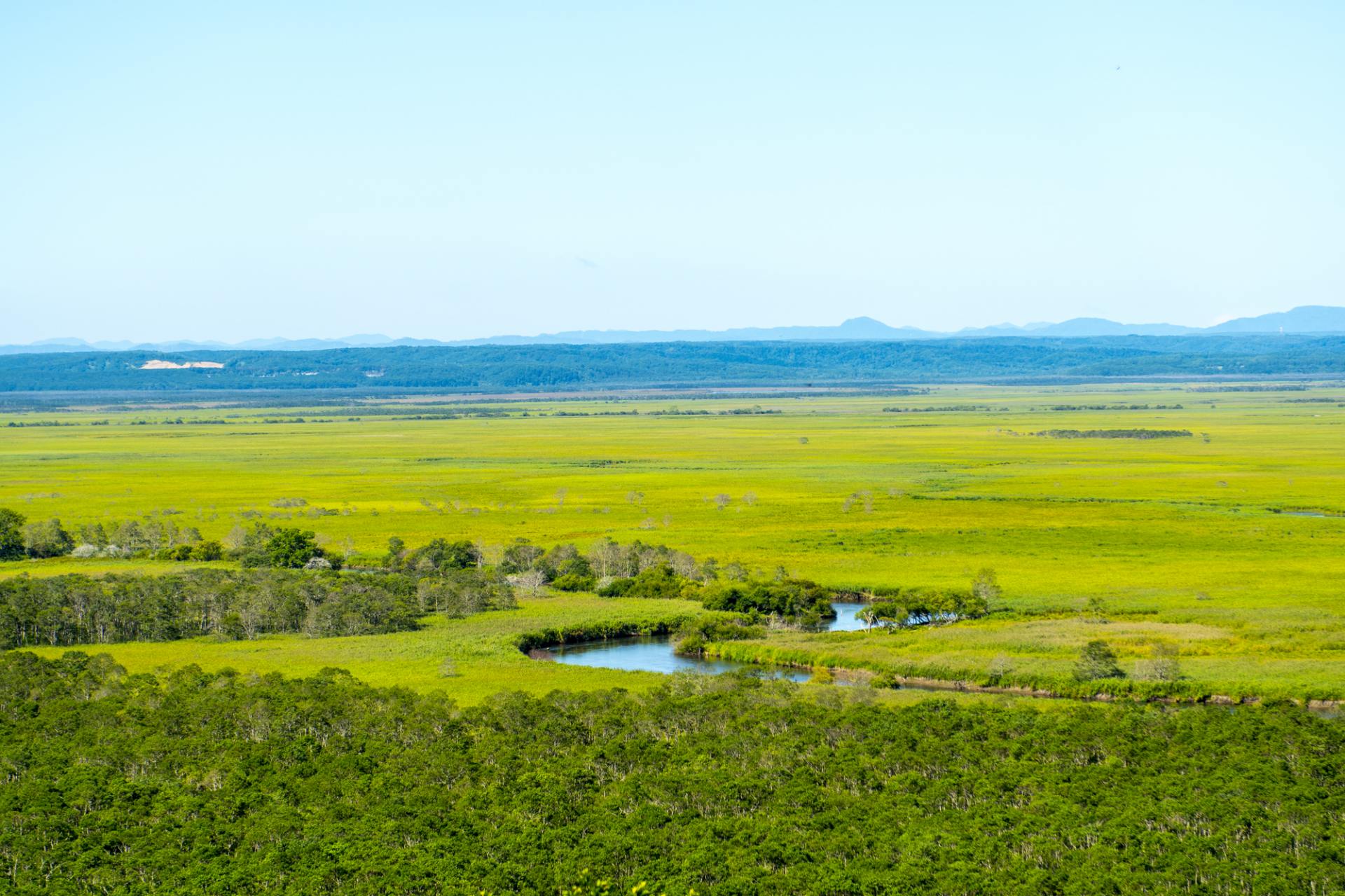 Kushiro-Shitsugen, otherwise known as Kushiro Marshland, is Japan’s largest wetland and is found in Kushiroheiya, Hokkaido.
Spanning four cities (Kushiro City, Kushiro Town, Shibecha, and Tsurui), Kushiro-Shitsugen is a precious habitat for many species of wildlife, including waterfowl like the nationally protected Japanese crane.
On top of being designated as a natural national treasure, it is also designated as a National Wildlife Sanctuary and a Special Protection Area, and has also been registered in the international treaty of the Ramsar Convention.