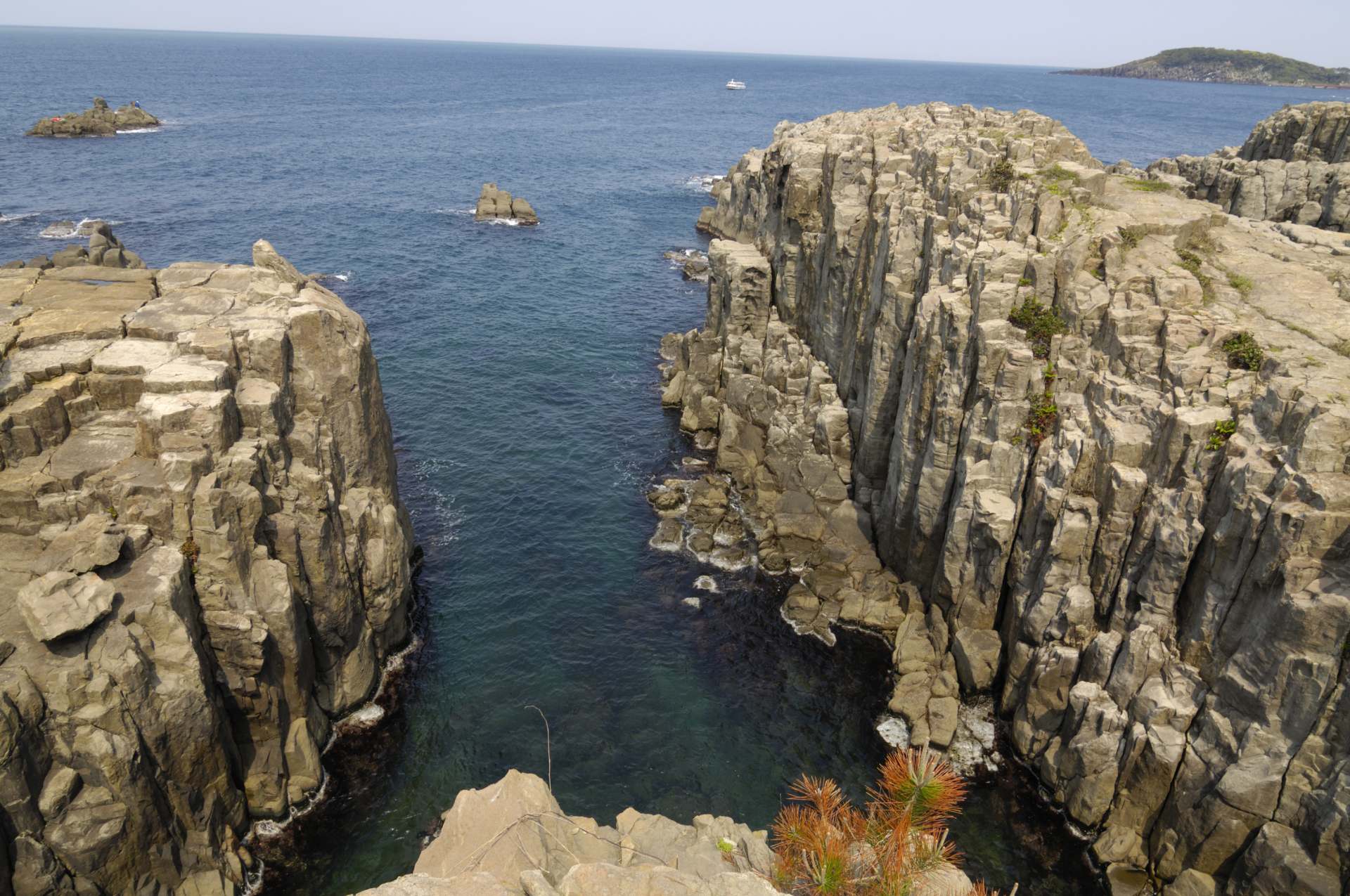 Tojinbo is a cliff formed by wave erosion. Since long ago, it has been recognized and honored as a scenic spot.
These rugged cliffs extend along the town of Mikuni’s coastline for about 1 kilometer.
Columns of pyroxene andesite, like those that make up Tojinbo, are a unique geological formation that can only be found in three locations across the world. It has been designated as a Natural Monument of Japan.

The name “Tojinbo” comes from the name of a priest who served at Heisenji Hakusan Shrine. There is a legend that says the monk, a very dissolute man, was pushed off of the cliffs by his romantic rival, Magara Kunen. After that, the vengeful spirit of Tojinbo is said to have gone on a rampage and made the ocean’s waves rough for 49 days, and so the cliff received his name.

Tojinbo is a famous place for suspense drama and film shootings.

Tojinbo’s height of 25 meters is comparable to being on the 8th or 9th floor of a building. When standing on the edge of the cliff there is a sense of terror that makes your legs tremble. However, there is also beauty: the cliff’s view of the horizon and “Kami no Shima” is breathtakingly exquisite.
Visitors can also enjoy the view from the nearby Tojinbo Tower, which is 55 meters tall, as well as from the boats that circle the strangely shaped cliff outcroppings.