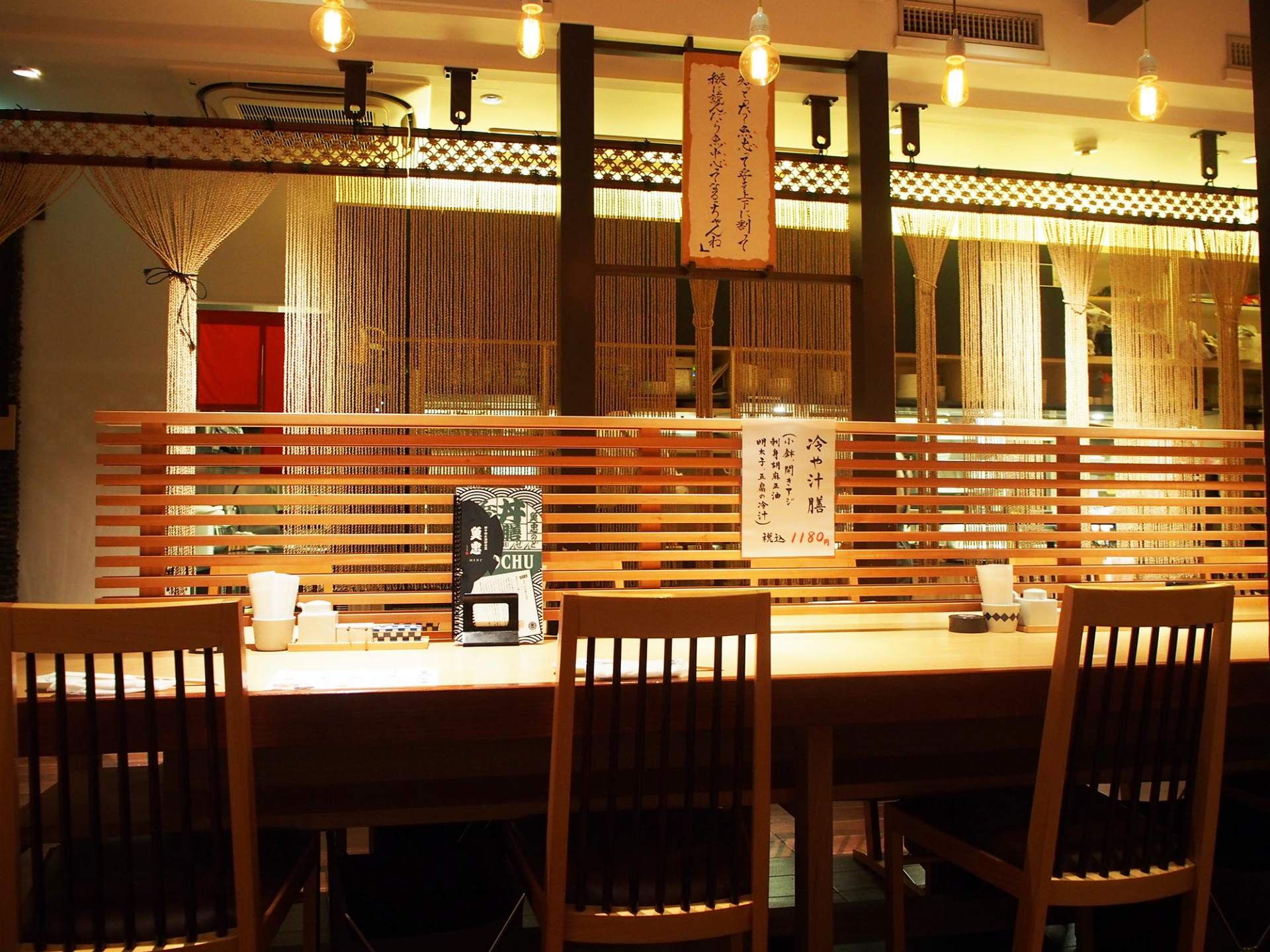 Inside, the restaurant is Japanese-style and has a calm atmosphere to it.
There also were a lot of female customers.

You can really notice the attention to detail, from the interior of the restaurant down to smaller accessories.

Today’s special was sashimi and side dishes, one portion for 980 yen. Other dishes mostly focused on seafood as well, but they also offered meat dishes and Hakata’s specialty boiled dishes.

Everything sounded delicious, but this time I chose a kaisen donburi (seafood rice bowl).

The donburi was piled high with salmon, sea bream, ikura, tuna spine meat, okra, and tamagoyaki!
As its name suggested, the donburi was luxurious! I was surprised that a dish at this price had so much high-grade ikura in it!
Incidentally, they also offer the “Zeitaku (Luxury) Donburi” for 1680 yen, which adds amberjack, uni, lean tuna, and squid to the above donburi.

The sashimi was incredibly fresh and delicious!
You can choose between sesame and soy dipping sauces.
Usually I use soy sauce, but in Fukuoka it’s common to eat sashimi with sesame sauce, made by adding things like sesame paste to regular soy sauce.

This day’s kobachi was tokoroten (gelatin noodles). It came with vinegar soy sauce.

Miso Soup.
It was filled with plenty of ingredients and was delicious.

The chawanmushi was full of treats like quail eggs and shiitake mushrooms; it felt like a little victory.

There were two types of pickles available on the table. They’re all-you-can-eat.