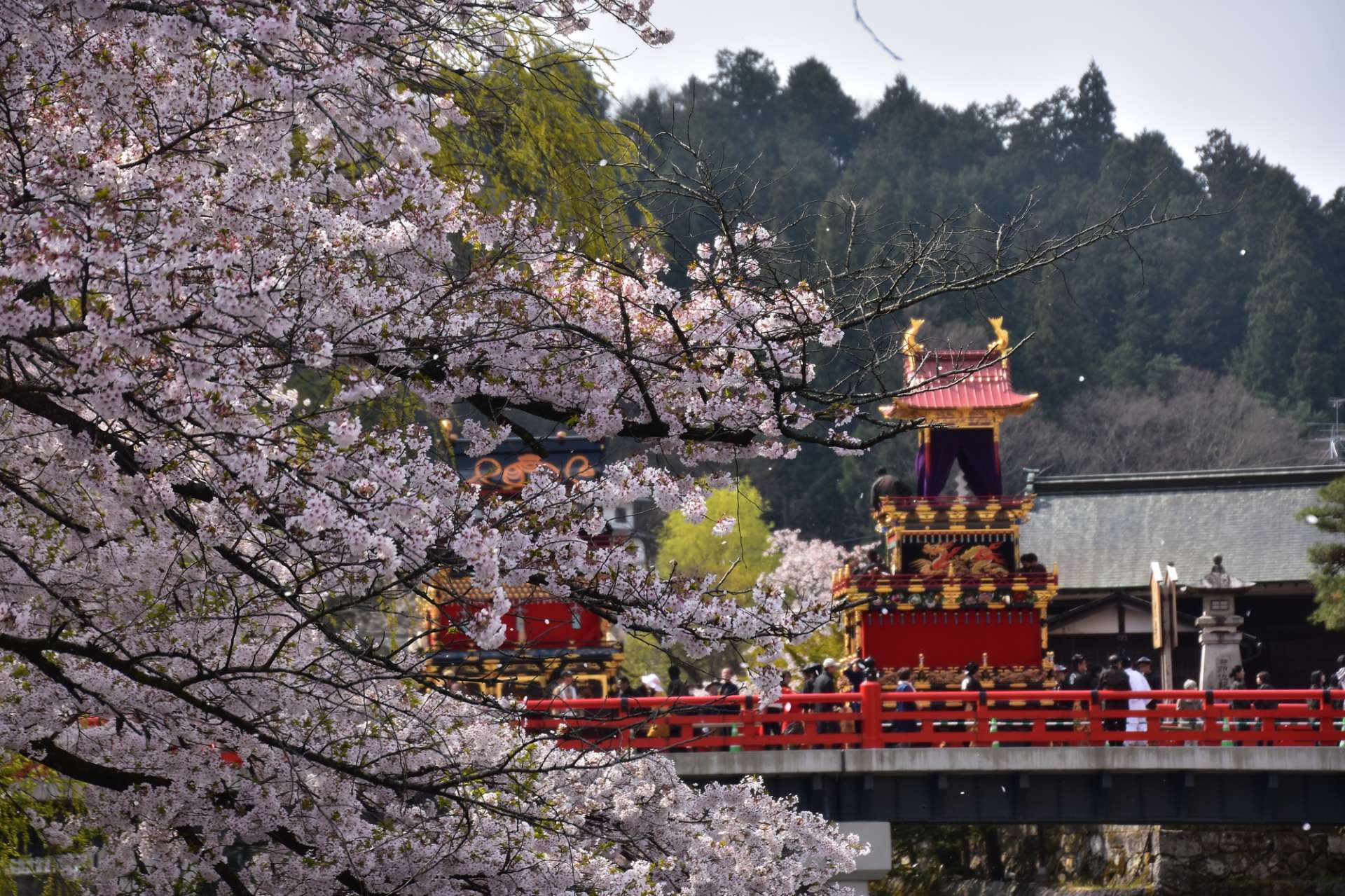 The 12 festival floats used in this event are considered to be Important Tangible Folk Cultural Properties of Japan. Each of the stalls has its own name and unique design. 3 of the 12 floats have mechanical dolls attached to them, and the delicate movements of the dolls when they perform are almost lifelike.

During this event, a group of hundreds of people wearing traditional clothing march through the city to the beat of the festival’s music. Other events include a mikoshi (portable shrine) procession, lion dancing, and a traditional art form known as “toukeiraku” (“cockfighting music”).

On the evening of April 14th, lights on the floats are switched on. This allows guests to enjoy the floats’ beauty in a different way than in the daytime, and it creates a fantastical atmosphere.
Each float slowly makes its rounds through town, playing a parting song called “Takai Yama” (“Tall Mountain”) as they return to their storehouses. Sorrow seems to hang in the air during the night festival.