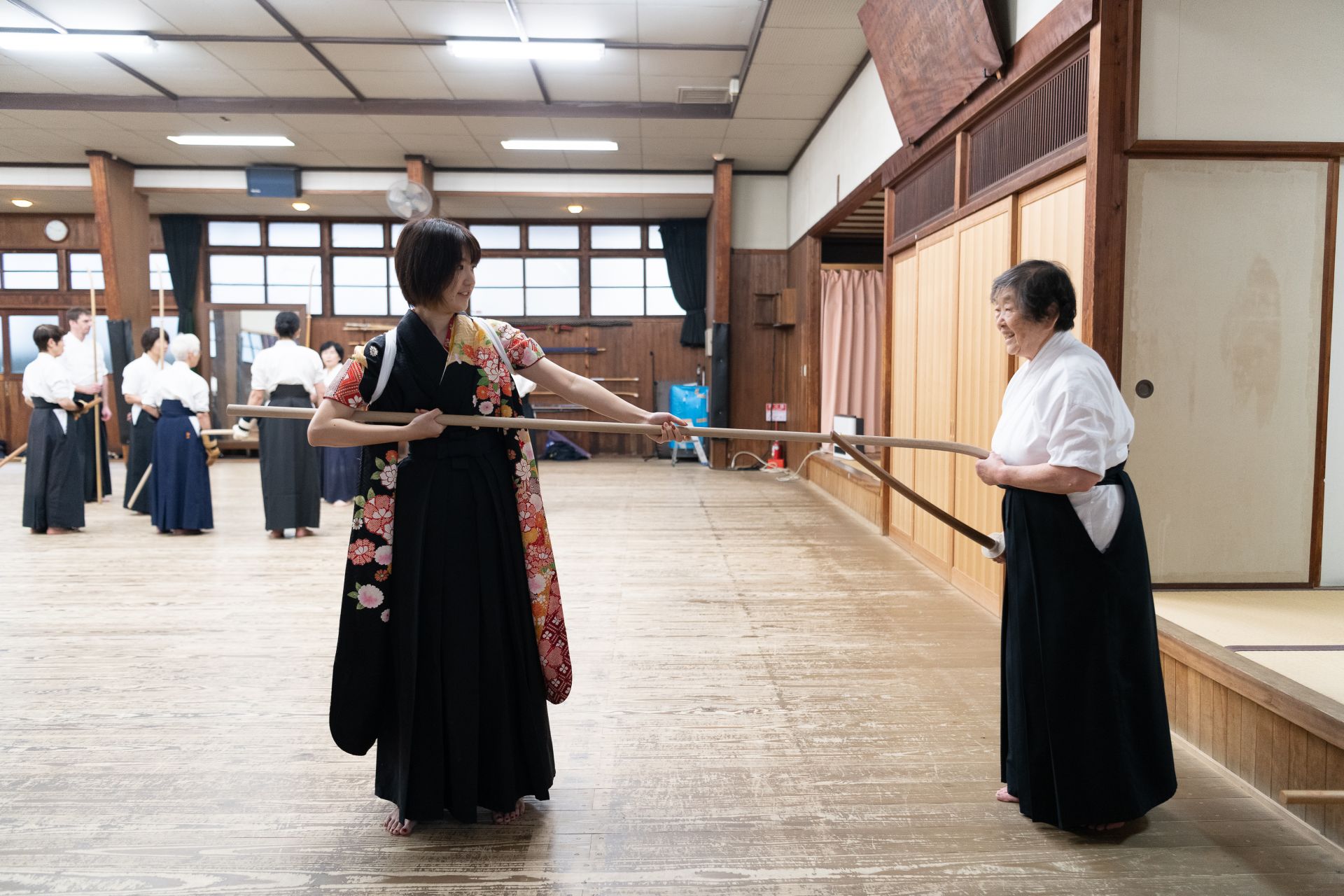 Dress in a kimono and develop a fondness for traditional Japanese martial arts from a lady's perspective.

The naginata is a traditional Japanese weapon made up of a bladed section connected to a long handle. It was first used in battles around the 10th and 11th centuries, as an effective weapon to attack an enemy on horseback. However, combat strategies changed with the import of firearms in the middle of the 16th century, and the naginata disappeared from the battlefield. On the other hand, the naginata began to be used for self-defense by wives of samurais who protected the castle. High-class women developed it as a part of their culture, with many schools being formed, and the history of the Japanese women's martial arts began to continue. Recently, naginata matches have also seen a surge in popularity amongst men, with more participants regardless of gender or age. The traditional martial arts originating in Japan has also garnered attention from across the world.

Enjoy the full experience of the traditional naginata martial art of Japan in a historic dojo with an old-fashioned atmosphere. Other than the Basic Plan, where you try the Tendo style naginata in training clothes, there is also a Rhythm Naginata trial class as well. This time we will introduce 'Rhythm Naginata,' where you move your body to the music wearing kimono.

Founded in 1786 in Itami, a region known as the origin of refined sake, 'Syubukan' is a sacred place for the naginata that is famous in Japan. Based on the instructions by the 17th head of the old Tendo style house, master Kyoko Kimura, there are approximately 50 students training in the way of naginata.

You can feel the real Japanese culture wearing a true to history kimono!

First, you start with a kimono dressing experience. Not just limited to martial arts, the dojo also has students well versed in Japanese cultures such as tea ceremony and flower arrangement, and they are skilled in dressing kimonos as well. They will beautifully dress you in colorful kimonos to match your figure. Once you have put on the kimono, you can feel your posture naturally corrected, and you begin to feel more positive. Please watch the skill of dressing close-up, and enjoy the Japanese quality.

While you enjoy your tea, observe the intense practice session.

Dressed in the kimono, move to the dojo, and observe the practice session while drinking tea in the master's room overlooking the dojo floor. The practicing students' serious expressions and energetic movements, combined with their vigorous shouts and powerful sounds of footsteps resonating through the dojo with the sound of naginata clashing, is truly a sight to watch!

A naginata expert gives a lesson on basic posture and movements directly.

Finally, the naginata challenge! After tucking in the sleeves of the kimono, putting on the hakama, and becoming easier to move, the naginata class will begin. A naginata expert will instruct you in the dojo. While learning basic postures and techniques, you will move your body to match the music. 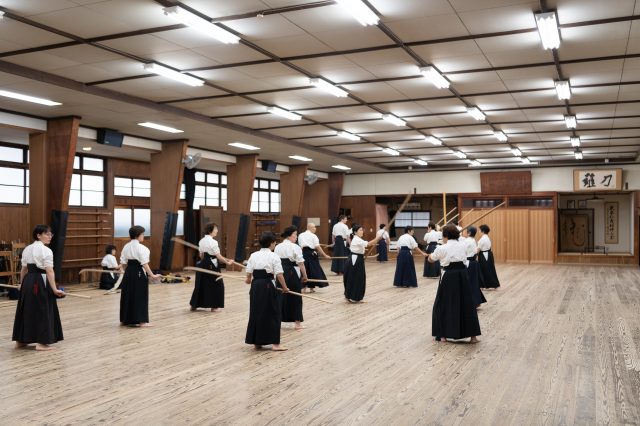