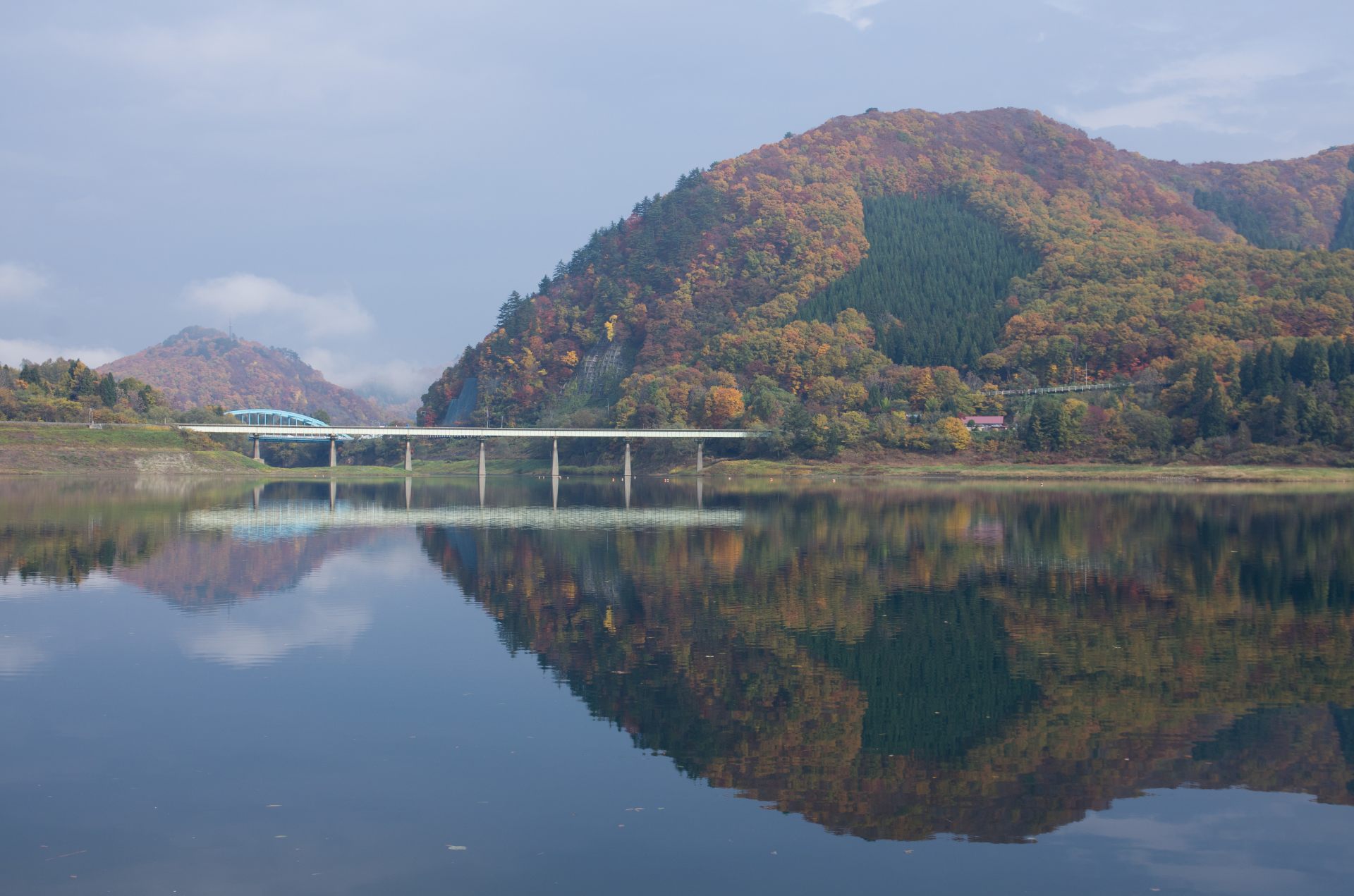 A Fall Foliage Viewing Spot in Iwate: Kinshu Lake, a Must-Visit Spot Where Fall Waters Merge into the Sky

People often use “brocade” to praise enchanting fall foliage viewing spots, as brocade is characterized by gorgeousness and richness. In Iwate Prefecture in northern Japan, there is a bewitching spot for viewing fall foliage, which is called Kinshu Lake (literally “brocade-like fall”) and where fall waters merge into the sky.

A Spectacle of Fall Foliage Jointly Created by Humans and Nature

The Kitakami River that flows through Iwate Prefecture and Miyagi Prefecture is the largest river in the Tohoku region.
In 1966, Yuda Dam, an about 89.5 m high dam of arch design, was constructed near the upper reaches of the Waga River, a branch of the Kitakami River. Thus a man-made lake was formed as well. Then it was found that numerous beeches grew here and their reflections in the lake were very beautiful, so the lake was named “Kinshu Lake”.

Man-made as it is, the lake is surrounded by forests of native beeches and the environment is favorable to the growth of gregarious alpine plants, so through the joint effort of humans and nature, the lake is developed into a perfect spot for viewing of fall foliage.

You are recommended to walk around at leisure for appreciating the splendid fall foliage and the beauties hidden amid hills, which will be dotted with reds, yellows and greens in late October, when their reflections look especially superb!

In fall, the air there is clear and refreshing as the lake is at an altitude of about 300 m, thus it is also pleasant to bicycle around the lake.
Marathon races are often organized as well.

Near the dam, there is Kinshu Lakeside Park that commands a panoramic view of Kinshu Lake, and some locals living in the nearby residential neighborhood are used to have a holiday here for getting back to nature.

Video on the Fall Foliage around Kinshu Lake