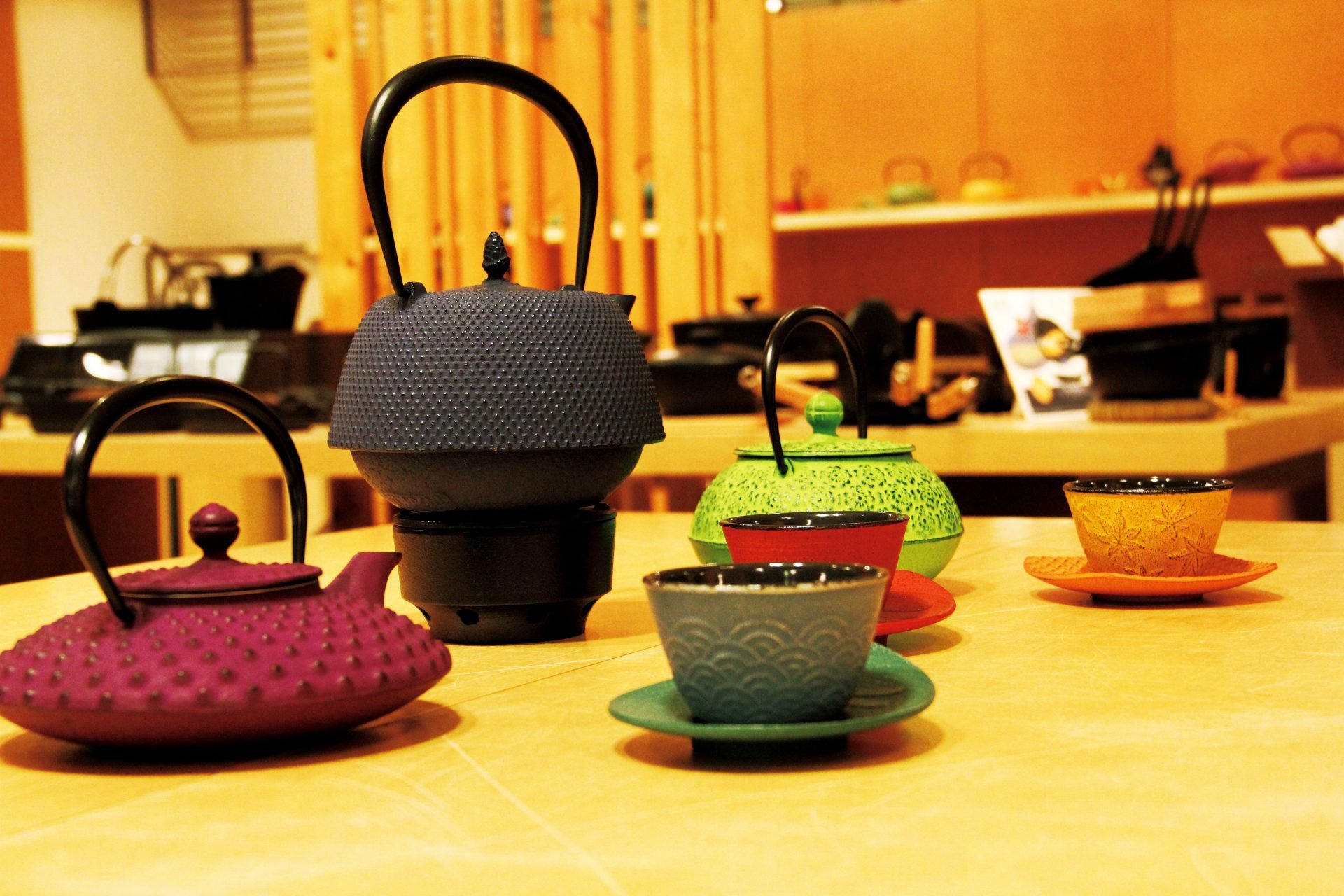 One of the traditional Japanese handmade craft, Nanbutekki ironware from Iwate Prefecture.

Nanbutekki ironware（なんぶてっき） is a traditional Japanese handmade craft in Iwate Prefecture of Tōhoku region Japan and is made through a 400 year-old technique developed history. Its iron density and denseness is far more strong than usual ironwares, and each work is handmade by experienced craftsman which is more likely to be a piece of art rather than an ironware.

The history dates back to 400 year ago, the feudal lord of the Nanbu domain, who ruled the area where is currently Morioka City of Iwate Prefecture. Due to Morioka rich in natural iron resources, and at that time people started to enjoy sadou (Japanese tea ceremony), therefore the feudal lord had invited iron teakettle craftsmen from Kyoto such as Arisaka and Suzuki. Sadou was a higher class activity, and need to boil the water by using ironwares, thus Nanbutekki ironware had became popular gradually.

Based on one regulation, all iron and steel-made goods were prohibited except army during the World War II in Japan. Only 16 iron craftsmen were allowing producing Nanbutekki ironwares out of total 150 craftsmen, so the traditional technique was facing serious issue that the technique will lost forever. However, those 16 iron craftsmen worked very hard in order to insist the tradition and produced many ironwares for kitchen and daily-used goods. After the war, people re-discovered the advantages of Nanbutekki ironware, and found the ironware is very suitable for sukiyaki and other dishes.

Characteristics and classification of Nanbutekki ironware

After the concept of new design, craftsman will use clay to create a mold. After the pattern design and mold making, craftman needs to pay attention on the thiness, sophisticated surface, heat conduction and many other details while proceeding.

If fail in any one of the part, they need to re-start the process all over again. When all the preparation are done, the most important stage is “to cast in a mold”. Heat up the pure iron to 1,400~1,500 degrees to smelt, and will create a half-done Nanbutekki.

After cool down, the craftman will take out from the mold. And if they found a small difference from the design sheet, they will throw it away and making a new one. If no, they will heat it again, and proceed coloration.

After remove the impurities from the iron, they will proceed some process for the goods to prevent rust. Here you are! A work of Nanbutekki ironware!

Every work of Nanbutekki is hand-made only, and usually takes 1 or 2 months to complete, so the technique is also unsurpassed worldwide.

It says in generally that will become more healthy and positive health effects by using Nanbutekki ironware. The water boiled by Nanbutekki is said to taste milder, so use the water to make tea will taste even better. The iron pot will inhale the chloride ion from the water, and the pot will release the ferrous iron which is btter for health in order to prevent anemia and high blood pressure.

The biggest Nanbutekki ironware of Japan

There is a “giant Nanbutekki kettle” by Mizusawa-Esashi Station at Mizusawa-ku, Esa-shi of Iwate Prefecture with the diameter is 2.5 meters and weight in 1.8 tons. If you have chance to go Tōhoku region by Shinkansen, you should able to see the largest Nanbutekki ironware in Japan.