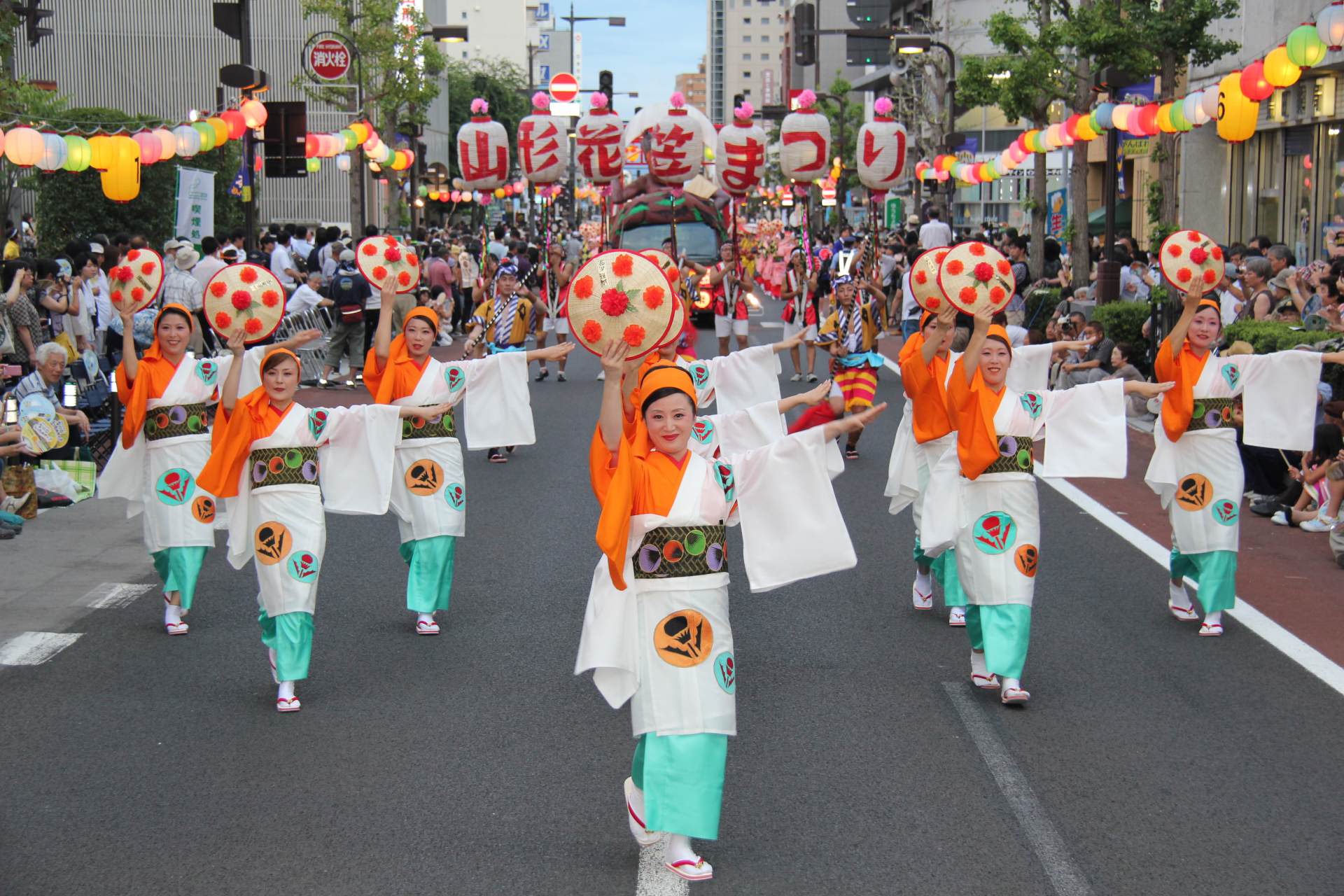 This is one of the four major festivals of Tohoku. Lighting up the night in Yamagata is a splendid summer festival.
The vigorous cries of "Yasho, Makasho" and the stirring timbre of the taiko drums reverberate throughout the streets of the town. Gorgeously decorated floats at the head of the parade are followed by dancers in shiny costumes with straw hats to which red flowers have been attached. The Main Street of Yamagata City unfolds as a stage for group dancing.

The Walk-In Corner is where the Circle Dance is held. Spectators, even newcomers, can join the parade here. Why not give it a try?
Location: At the end of the Parade Route, in front of Yamagata City Hall

The streets are lined with a lot of food stalls, so savoring the delicious cuisine of Yamagata is also highly recommended.