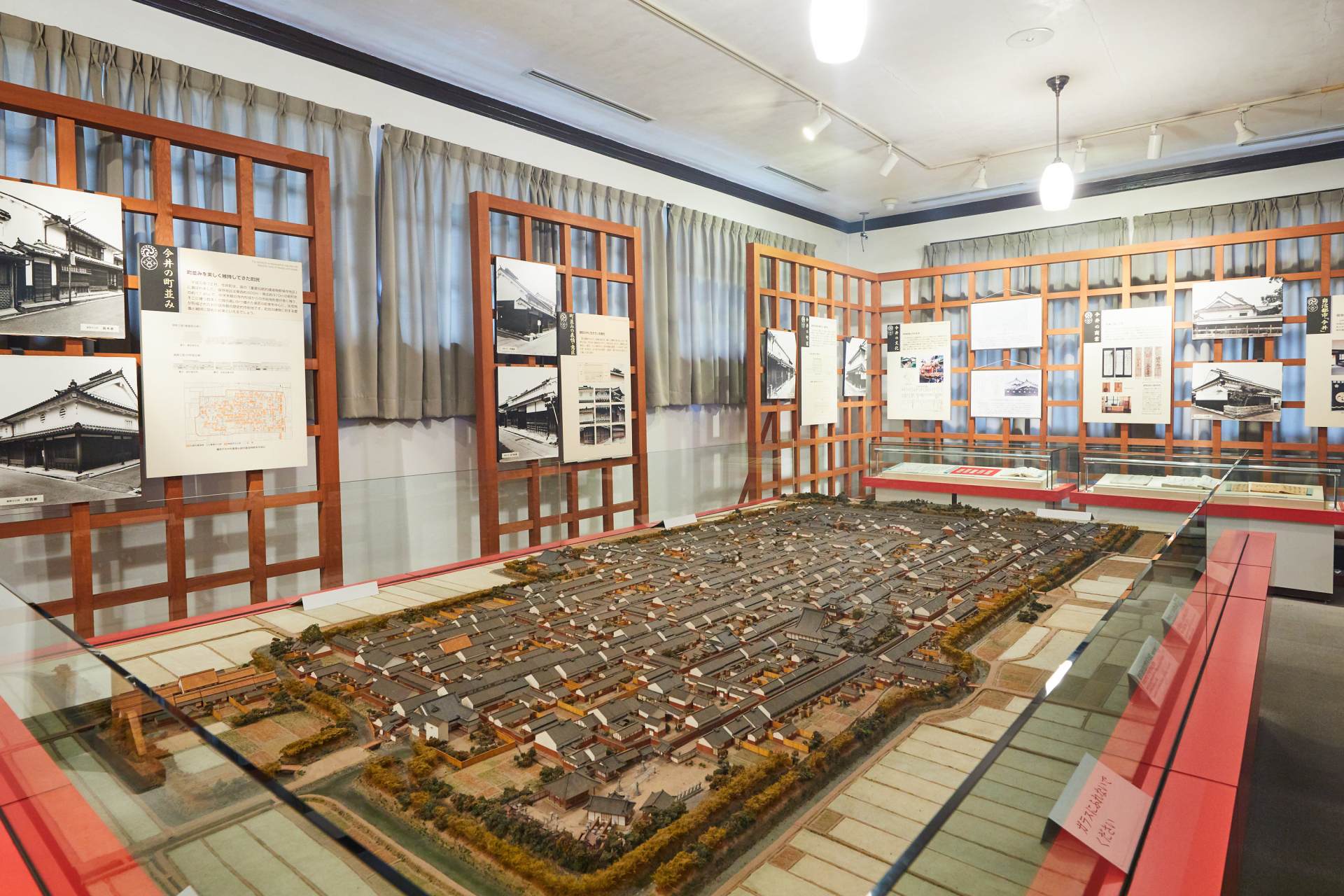 Imaicho in Kashihara, Nara still has the appearance of an antiquated town. It was built between 1532 and 1555 with a Buddhist temple at its center, and while clashes continued with samurai forces, they were granted a license to trade from Oda Nobunaga in 1575, and the town was absolved of any wrongdoing. During the Edo period (1603–1868), this became an important location for the transportation of goods, and by developing into a commercial town, they were given permission by the Edo shogunate (government) to distribute their own currency. At the time, it had been developed into a cutting edge town on par with Osaka and Sakai.

In Imaicho, a town that developed within the compound of a Buddhist temple governed by the temple, a historic streetscape spreads out that still has many antiquated houses with tiled roofs built during the Edo period. While experiencing the ambiance of the Edo period, how would you like to walk around while trying some of the local products like soy sauce and sake?

First of all, head to the Imai Streetscape Cultural Exchange Center "Hanairaka." It has been designated a prefectural cultural asset, and it has been used as a museum of education and a town hall. Currently, it is operated as a museum with exhibits of historical documents and a model of Imaicho from 1877 during the early years of the Meiji period. If you want to learn more about the town in detail, you should reserve a guide in advance.

Once you have learned all you can about the town's history, it's finally time to start walking around town. Residents of Imaicho live their daily lives in historic buildings, and one of its charms is that you can experience the ambiance of a real Edo period town that has not been turned into a tourist attraction. Try and walk around the town while thinking about what it feels like to live amid so much history that is still alive.

Come in contact with local industries that continue to maintain traditions

You also must check out the local industries. There are traditional recipes that have been handed down such as the brewing of soy sauce that has continued since the latter part of the Meiji period (around 1909) and sake brewing that has continued since the early part of the Edo period (1626). These produce flavors that have not changed with the years. By taking a tour of the facilities and interacting with the workers, you are sure to deeply learn about another aspect of the town's culture.