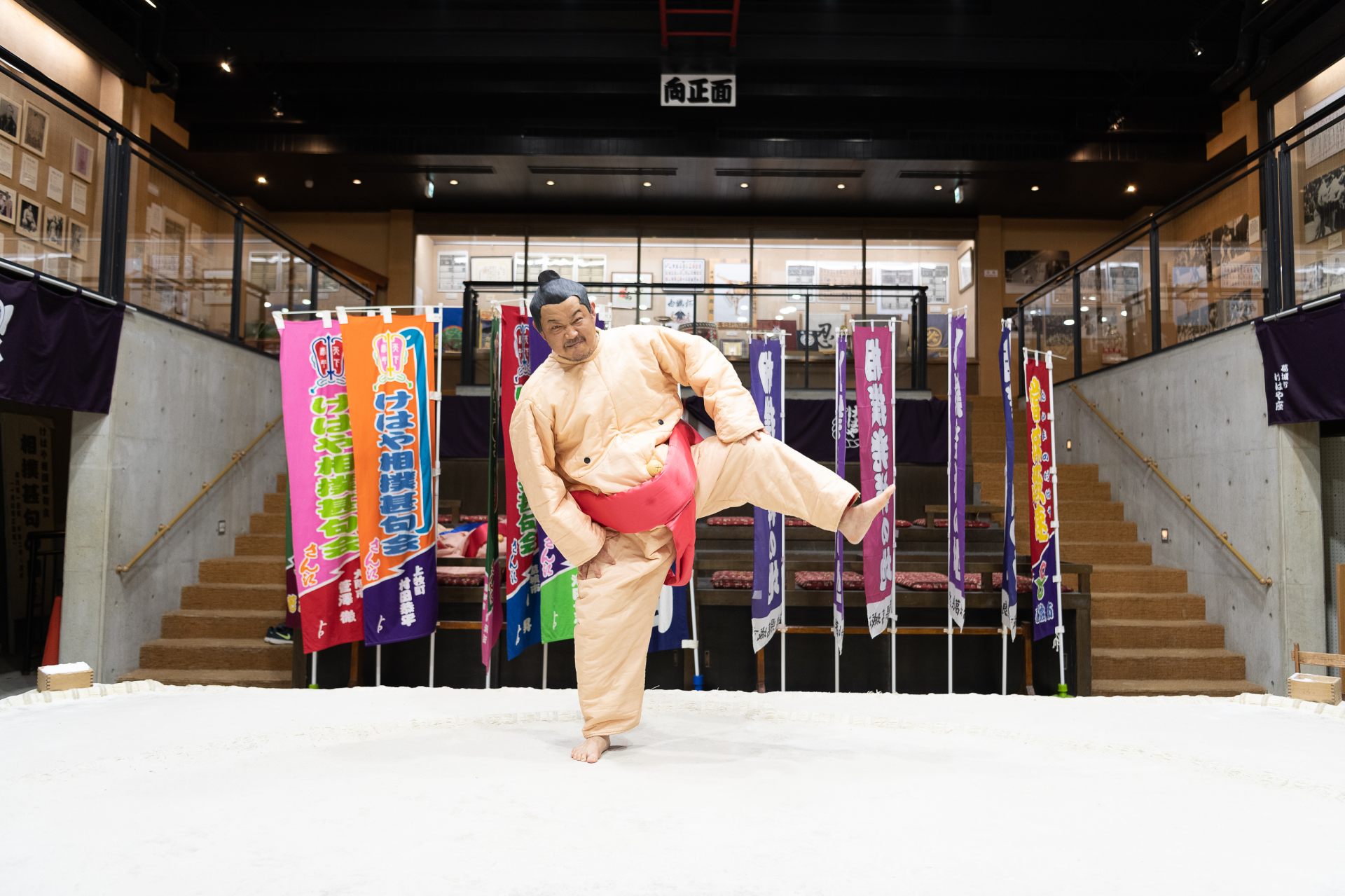 The history behind Katsuragi City being where sumo wrestling originated is in the "Nihon Shoki," Japan's oldest history book. It states that at the start of the 4th century, the local strong man Taima no Kehaya was known for his superhuman strength, and he competed in a strength competition in front of the Emperor with Nomi no Sukune, who similarly boasted great strength. This is the first account of sumo wrestling, as well as that of sumo wrestling being performed in the presence of the Emperor, and has been handed down to later generations. At the end of a long struggle with neither man backing down, Taima no Kehaya was defeated, and died. Later, the Taima no Kehaya-zuka memorial tower was constructed in remembrance of him as a local hero; his name is etched in history as the originator of sumo wrestling. It is in front of the Sumo Wrestling Museum Kehayaza, so please visit it and offer a prayer.

Head inside while thinking about Taima no Kehaya, the local who invented sumo wrestling. They have about 12,000 items in their exhibits on sumo wrestling. On the second floor, there are a lot of valuable exhibits centered around its history and local sumo wrestlers. There are sure to fascinate anyone who comes inside. Sit in one of the box seats around the sumo ring, and relax while you watch the jumbotron. There are guide tablet computers with support for six languages that include explanations for the exhibits, an overview of the facility, and explanations on the history and culture of sumo wrestling, to help you get an in-depth understanding.

Stepping onto a real sumo ring for an unforgettable experience

After learning about sumo wrestling from the exhibits and videos, it's finally time to head to the ring. This is a real sumo wrestling ring with an usher who calls out the names of the wrestlers at tournaments, and this is faithfully reenacted here. In the world of sumo, the ring is seen as a sacred place, and normally only people involved with a match such as the referee and sumo wrestlers are allowed to set foot on one. But this ring was constructed as an "exhibit ring," so anyone can enter it. Once you have actually gotten into it, you will probably feel that it is smaller than you expected. It's easy to get excited here when you imagine sumo wrestlers, who are much larger than you, fighting each other here.

Putt on a costume and transform. Enjoy what it's like to become a sumo wrestler

Since you're stepping in a sumo wrestling ring, there are sure to be a lot of people who want to feel what it's like to be a sumo wrestler. Look no further! Actually tying a genuine loincloth may be setting the bar a little too high, but with a costume, anyone, man or woman, can easily try it out over their clothes. Putting on a loincloth-style costume and wearing a topknot wig transforms you into a sumo wrestler. Scatter the salt, stomp your legs, and step firmly into the ring like a yokozuna making his entrance. You'll definitely have fun if you compete with friends or family. This is sure to be an exciting sumo wrestling experience that you can't do anywhere else. 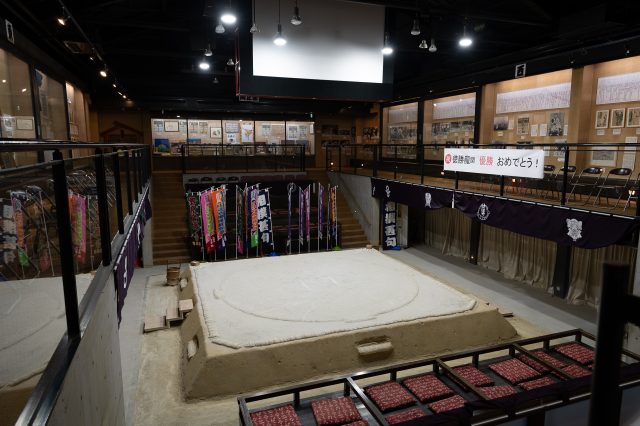