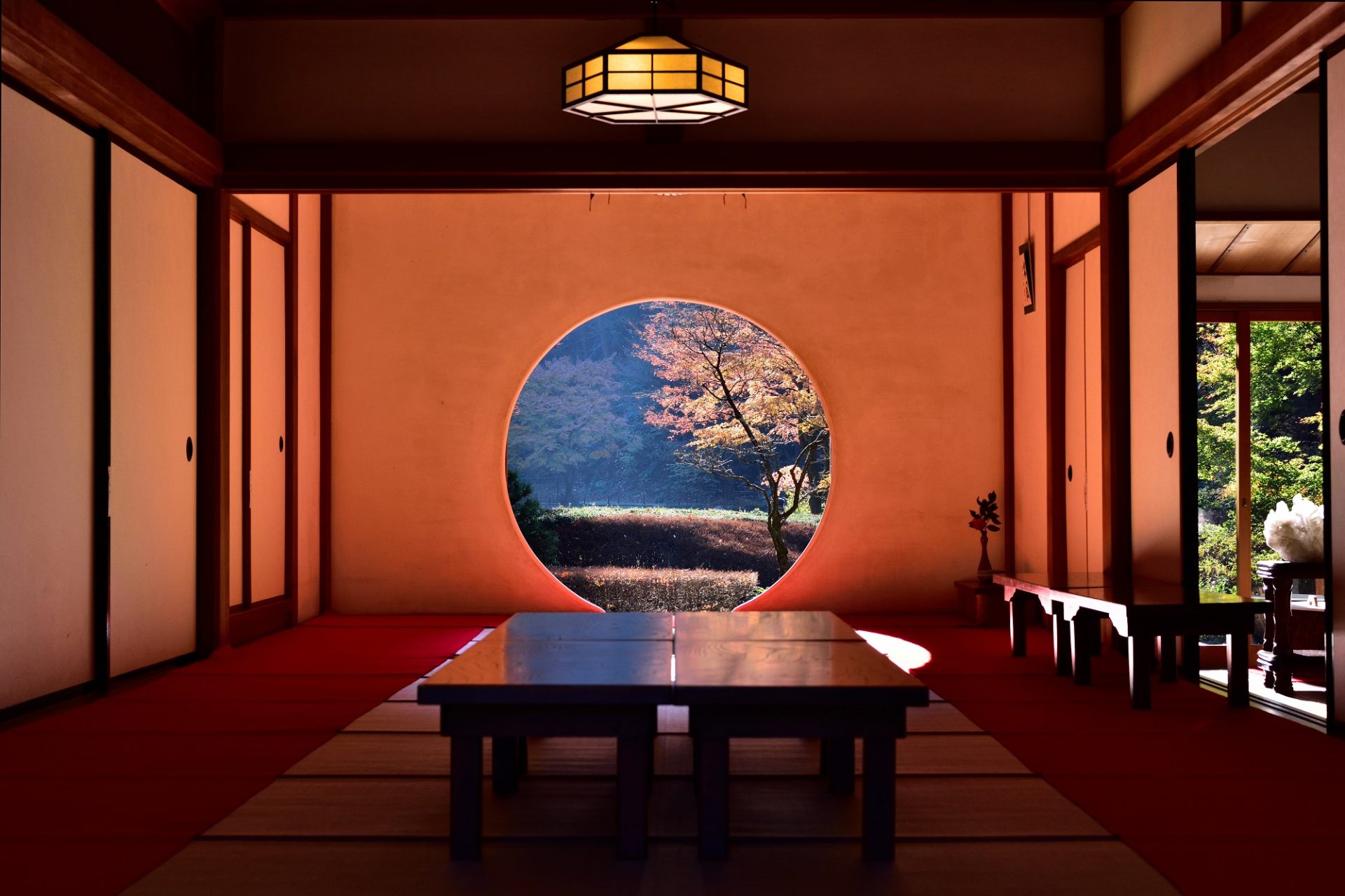 A Temple in Kita-Kamakura Known as the Temple of Hydrangeas

Meigetsu-in is a Rinzai Zen temple of the Kencho-ji school. Its main object of worship is the goddess Sho Kannon.
t’s also known as the Temple of Hydrangeas, and in June around 2,500 hydrangea plants fill the grounds with beautiful blue in full bloom. The pale blue variety that blooms here is known as “Meigetsu-in Blue.” During the same season as the hydrangeas bloom, you can also visit the grounds’ iris garden, where you can enjoy beautiful Japanese irises (separate admission fee).
There are also wintersweet, plum, cherry, Japanese maple, maple, and other plants growing in addition to the hydrangeas, so whichever season you visit in, you’re sure to find beautiful views. Furthermore, the round window in the main hall is known as the “window of enlightenment,” and its round shape represents enlightenment, truth, and the vastness of the universe. The window also offers a view of the beautiful back garden. Other highlights include the carefully maintained Japanese rock garden and one of Kamakura’s largest yagura caves.