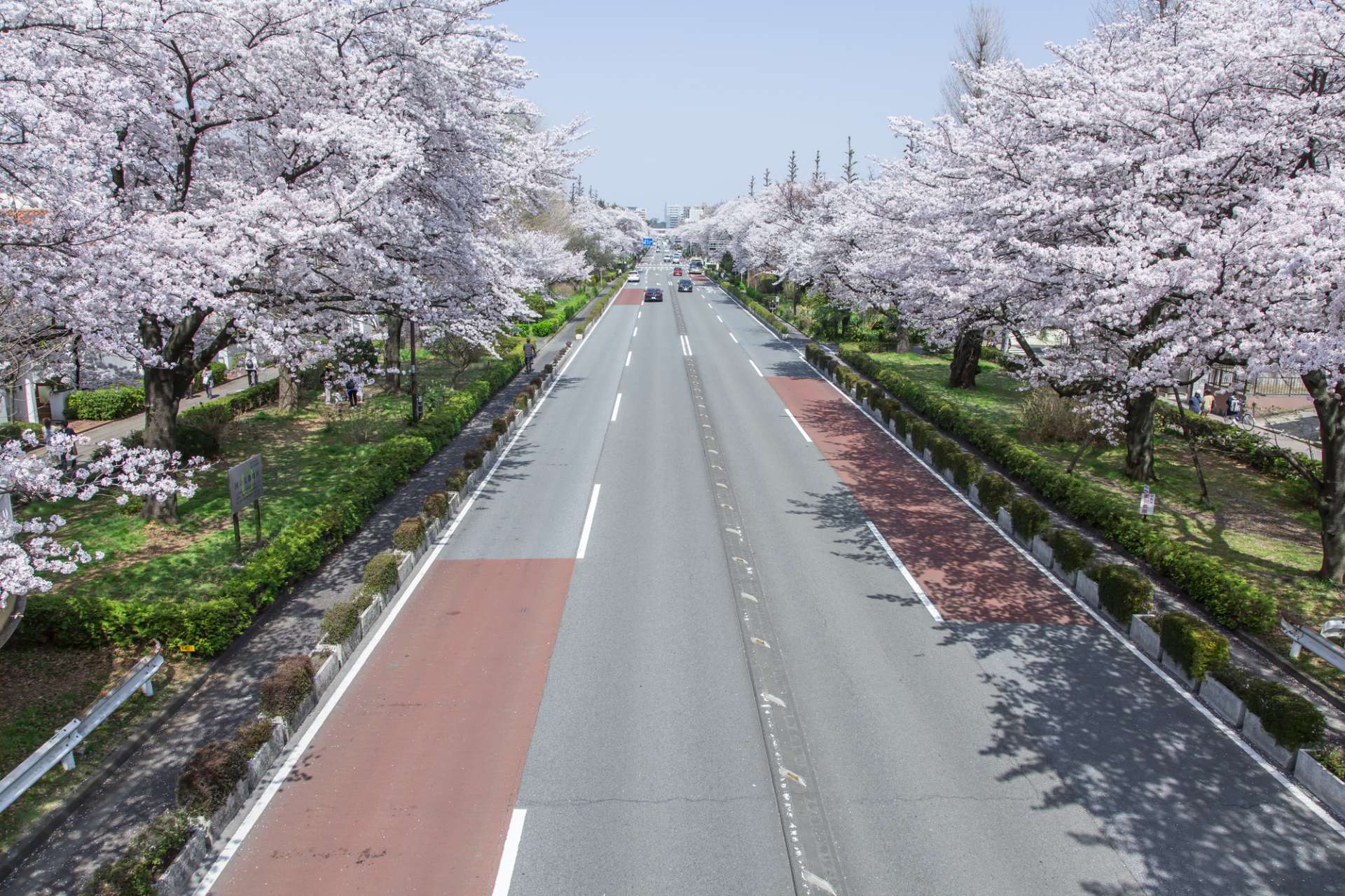 Extending southward from the South Exit of Kunitachi Station is Daigaku Dori. Planted with Sakura, ginkgo and Japanese Zelkova trees, this beautiful street scene has been chosen as one of Tokyo's 100 new famous views.
On both sides of Daigaku Dori and Sakura Dori, a street beyond it running east and west of it, about 200 cherry trees form a splendid arch every spring. It's also impressive in other seasons. Enjoy the new greenery of summer, an autumn festival called, "Tenka-ichi" and illumination in the winter.
At the beginning of April every year, the Kunitachi Sakura Festival takes place in Yaho Daisan Park, located along Sakura Dori. Dance performances, outdoor stalls, and a flea market are held here.