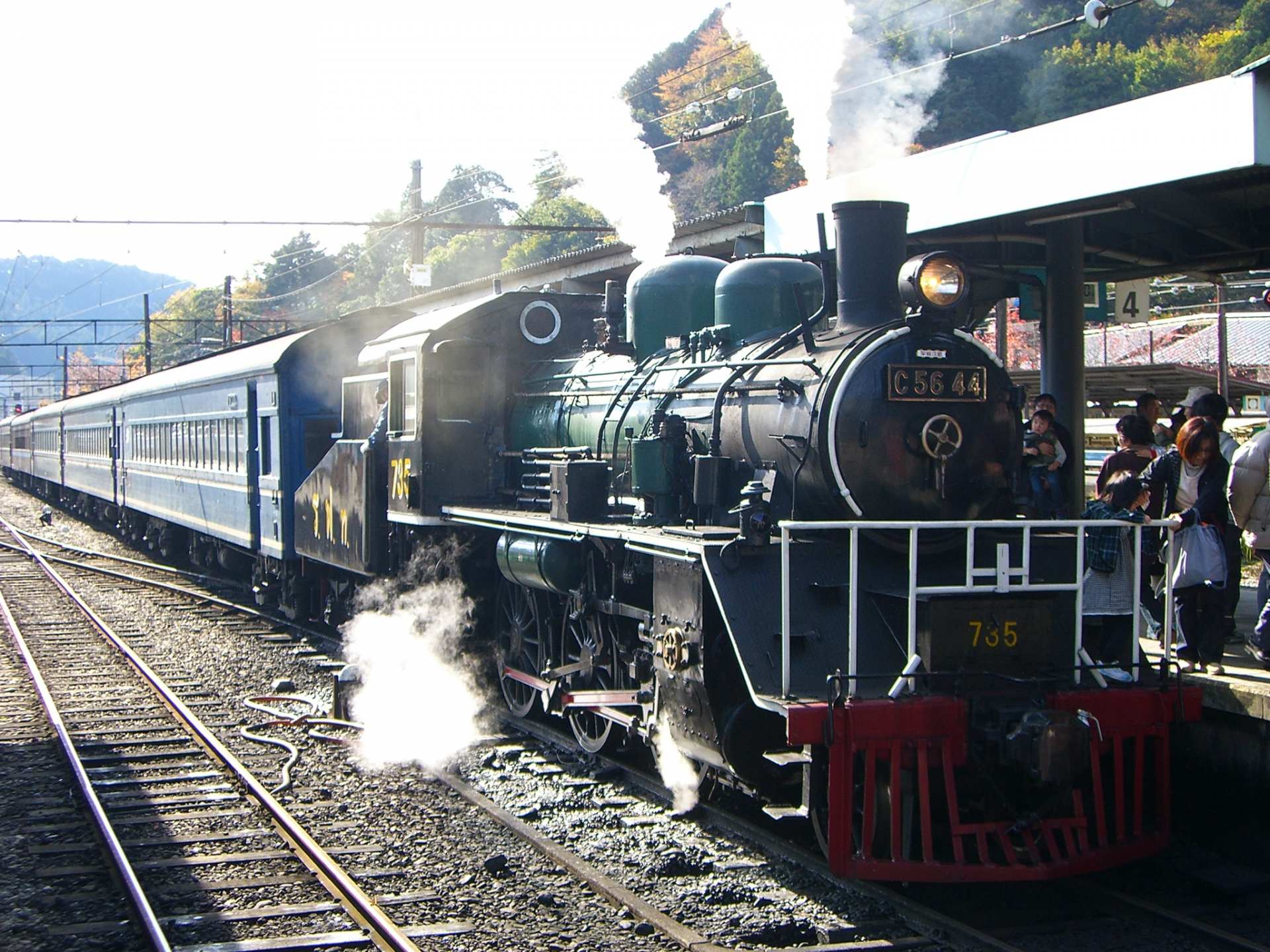 A Tour along the Oigawa Railway Lines! Taking a Steam Locomotive Train to Visit Shizuoka that Features Gorgeous Red Leaves, Beautifying Hot Springs and Thrilling Experience on a Suspension Bridge!

It is only an around 1-hour ride by the Shinkansen from Tokyo to Shizuoka, where steam locomotive trains, once having disappeared from our lives, are revived and still running on the Oigawa Railway Lines. You may follow my trail to embark on a romantic tour on a vintage train in pursuit of red leaves and hot springs there.

The Oigawa Railway Lines, operated by the Oigawa Railway, a private company, comprise the Oigawa Main Line (connecting Kanaya Station and Senzu Station) and the Ikawa Line (connecting Senzu Station and Ikawa Station, nicknamed the “Southern Alps Abt Line”). The Oigawa Main Line enjoys enormous popularity for its SL trains running over the weekend. Following their launch in July 2014, overcrowded Thomas trains (which were withdrawn from service after 12 October 2014) were once a common sight.

On arrival at Shizuoka by the Shinkansen, I took the Tokaido Line bound for Kanaya Station, an interchange station for the Oigawa Railway Lines. At Kanaya station, I took a common train and get off at the next station, Shin-Kanaya Station, where I could take an SL train.

A seat on the SL steam train corresponds with a ticket and passengers can book seats on the official website of the Oigawa Railway.

The car’s interior is of quaint design, so there are no such modern facilities as air conditioning. In hot weather, passengers can open windows to feel light breeze from the river patting their faces or listen to the sounds of the train in gentle and rhythmic motion. Such is a wonderful experience. And when the train is about to enter a tunnel, passengers are advised to close the windows before steam fills the car. For this reason, a passenger taking a window seat might have to open or close the window from time to time.

After an around 90-minute ride, I arrived at Senzu Station, the terminus of the Main Line. The journey to take an SL train also ended here. After saying goodbye to the SL train, I took a bus to a hot spring hotel at Sumatakyo, where I had booked a room. I got to Sumatakyo Hot Spring about 40 minutes later. Having put down my luggage in the hotel room, I took the time for a stroll around Sumatakyo.

A suspension bridge called “Dream Suspension Bridge” has been built over Sumatakyo. When leaves were turning red, there were many tourists, while my visit was made on a weekend of such a season. I waited for 20 minutes before stepping on the bridge as up to 10 people were allowed to cross the bridge a time. Being made with 40-cm wide wooden boards and high above the river, the bridge was swaying. Consequently, a walk on the bridge was breathtaking. Tourists having a fear of heights had better make a detour.

On my way back to the hotel, I could see this bridge below. The river was a little turbid since it rained the day before my visit. In normal days, clear bluish green river has the reflections of red leaves, and the scene is very beautiful. By the way, there are steep stairs (about 300 steps) on the walkway, so it is advisable to wear sports shoes.

Sumatakyo Hot Spring in the hotel, which I booked, features sticky water. Word has it that the water can nourish skin with moisture and improve skin tone, so Sumatakyo Hot Spring is renowned as a “hot spring that makes women beautiful”. It is highly recommended to ladies.

The tour along the Oigawa Railway will be further related in the sequel of this account, which will reveal Hikyo Station, a magnificent spot in the greater depth of Shizuoka.

Tour along the Oigawa Railway – (Sequel)