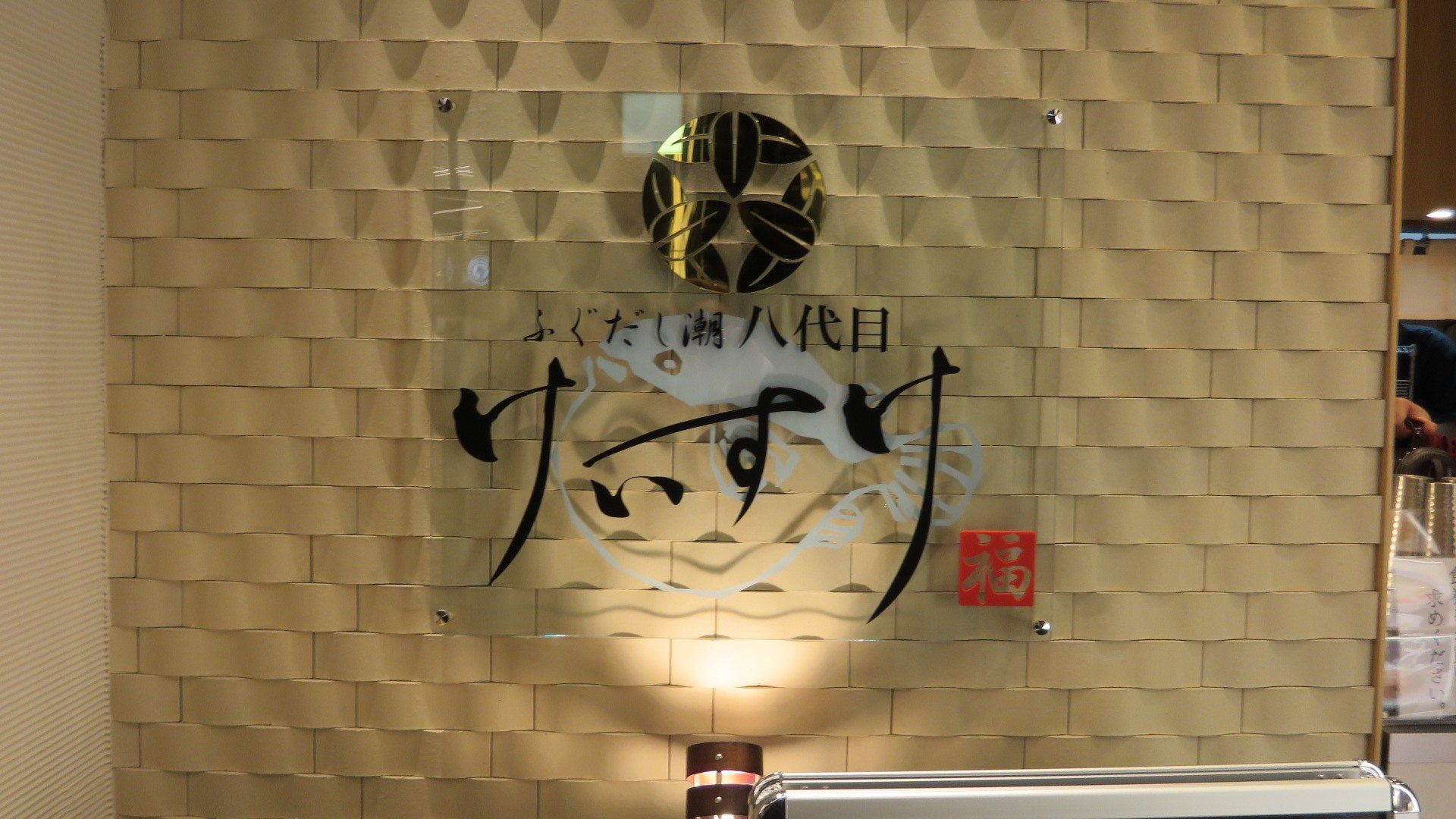 They’ll gladly provide you with an English menu if necessary. Just make sure you have more than loose change on you; as fugu is highly expensive, even the cheapest fugu-based shio ramen goes for a whopping 1,000 yen. It’s definitely at the luxury end of the scale.

Most of the menu consisted of either shio (salt) or shoyu (soy sauce) ramen. There was also an ochazuke set (rice with green tea or broth and savoury toppings), various ramen toppings, and deep fried fugu karaage.

I bought my meal tickets at the vending machine and presented them. Unfortunately, since I visited only shortly after they opened, the shoyu ramen wasn’t yet available.

I was left to opt for the Fugu-based Shio Ramen. Together with an added marinated soft-boiled egg it came to 1,150 yen. The presentation was extremely colourful, featuring menma bamboo shoots, cherry blossom-shaped wheat starch, Chinese cabbage, perilla, shredded scallions, grated yuzu peel, kelp, and finally: Fugu! There was also a side dish with a dollop of spicy yuzukosho to season it to your taste.

The transparent, salty soup had a refined flavour with aromatic hints of fugu and yuzu. The secret lies in the preparation: half the fugu bones are cooked first, whereas the other half are not. The result is a broth roaring with depth and complexity.

Their superfine homemade noodles were of the straight variety and made with whole wheat flour. I definitely recommend getting the marinated soft-boiled egg as well!

The simplicity of the soup really allowed for the fugu's umami to shine. But I decided to add some of the yuzukosho and kabosu (a type of citrus fruit) to change up the flavour halfway through. There were less noodles than expected, but it may have had something to do with the amount of people ordering the ochazuke set. I ordered a second serving of noodles for 150 yen.

After hearing the shoyu ramen was ready, I had to go back!

The second time around I went with the Fugu-based Shoyu Ramen and Ochazuke Set for 1,550 yen.

The soup was simple and refreshing. The ingredients didn’t differ from those of the shio ramen. Personally, I felt that the shoyu was superior taste-wise.

Once I'd eaten my way through the ramen, I was presented with a bowl of ochazuke. Surprisingly enough, it wasn't white rice that was used, but seasoned fugu steamed rice! It even came with kelp-marinated fugu, wasabi, and Japanese pickles—how extravagant is that!

A hot stone was added to my leftover shoyu ramen soup to re-heat it.

And once it had been thoroughly re-heated, all I had to do was pour it over top!

I added the fugu and other toppings and dug in.

If you find yourself at Fugu-dashi Ushio Hachidaime Keisuke, make sure to get the ochazuke set with your ramen! You won’t regret it!

Writer:Kenji Nishiyama - Ginza de Lunch
In addition to running an IT consulting firm, I spend my lunch hours scouring the nearby Ginza area for the best places to eat. Over the past several years, I've enjoyed taking in the ever-changing Ginza landscape while reporting on everything from luxurious 5-star restaurants, to old, family-run eateries.