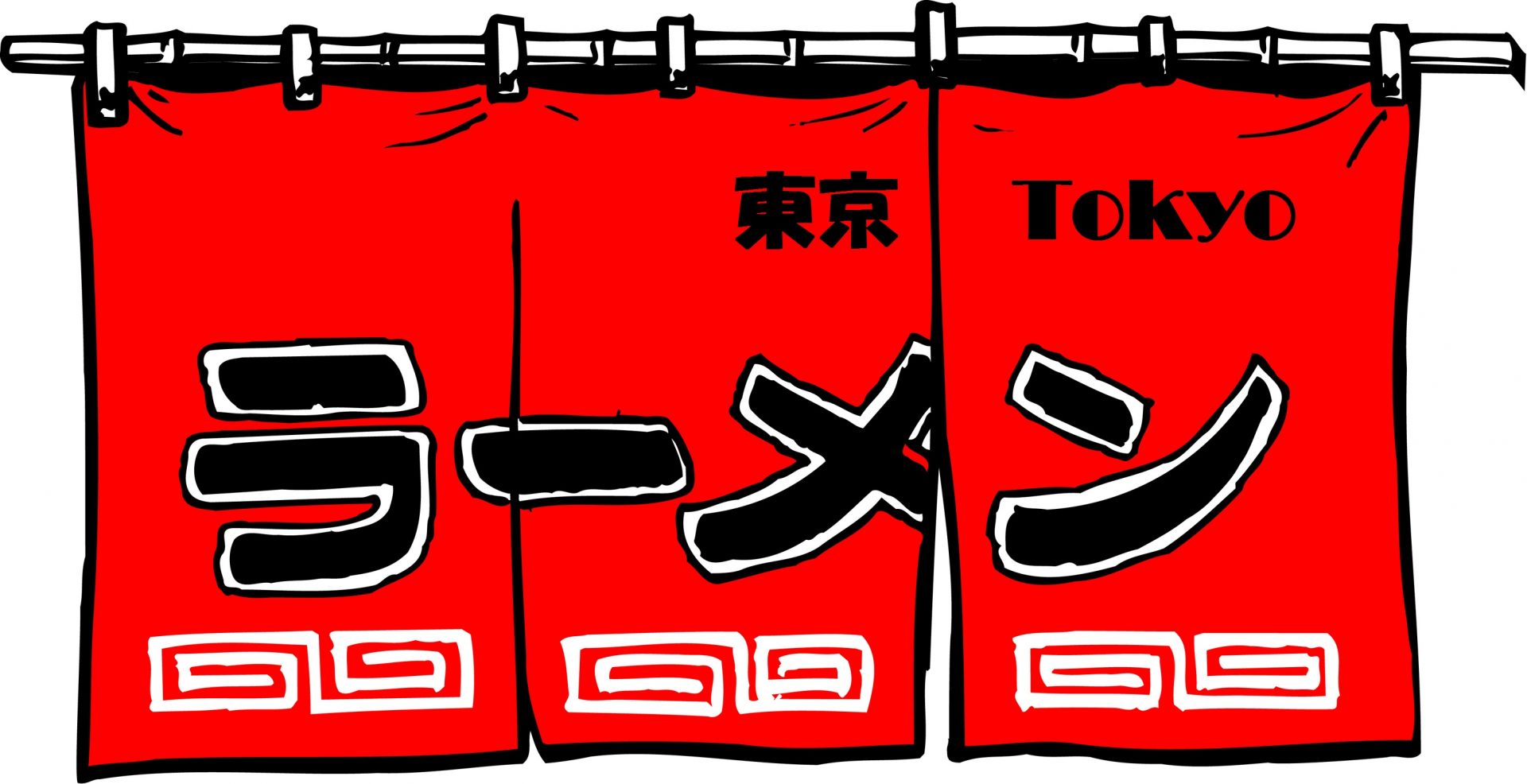 A Complete List of Best Ramen Restaurants in Tokyo!

Tokyo is a “ramen arena”, where too many excellent ramen restaurants are concentrated. Dazzled by much choice, quite a few foreign tourists might be of two minds before entering a restaurant to consummate their tours. So, we select and categorize huge popular ramen restaurants and list their information here for your reference!

Famous Restaurants Recommended by the Locals

Before introducing ramen restaurants renowned throughout Japan, such as Ichiran and Ippudo, which have established branches across the country, I would like to first recommend the famous restaurants fairly popular among the residents of Tokyo. These restaurants are normally small and off main streets, and some of them have only seats at bar tables, hence long lines before these restaurants are a common sight. However, these restaurants are still the first choice for tasting of authentic Tokyo ramen!

An S-line before Kissou is already visible from afar before people approach the tiny alley where the restaurant stands; it mainly offering ramen characterized by tonkotsu & seafood broth and seldom-seen aged noodles, remains popular after being adored for over ten years.

Since its first cooking of madai (Japanese sea bream) on a soft fire to make golden broth, which had given rise to wide attention and discussion, Madai Ramen Mengyo has become a famous local ramen restaurant. Customers often have to line up before it for tasting the soup made by slowly cooking fresh madai from Uwajima, Ehime Prefecture.

Further reading: Mengyo in Tokyo’s Kinshicho and its Flavorful Ramen Featuring Broth Made by Simmering of Madai.

Among many schools of ramen cuisine in Japan, Jiro-style ramen is most known to the youth in Tokyo. Jiro-style ramen has many die-hard fans, called Jirorians. Jiho-style is so unique that some people even claim that “Jiro isn’t ramen, but it’s a type of food called Jiro”.

Further reading: Ramen Dai, a Jiro-style Ramen Restaurant! Have You Ever Seen Such Kind of Ramen?

In Shinjuku Golden Gai strongly reminiscent of the history, over 200 bars and restaurants standing side by side are densely packed in this bustling small warren of about 2000 square meters, all being low-rise wooden tenements and each being distinctive. If you walk a little down the alley behind the light-box of Shinjuku Golden Gai, you will find Nagi, the famous niboshi ramen restaurant. “Awesome Niboshi (dried sardines) Ramen” and “Awesome Fisherman Tsukemen (dipping ramen)” are the signature ramen dishes. The dishes’ names themselves sound awesome!

After achieving success in local markets, many regional restaurants started to open branches in Tokyo or Osaka, and those branches have evolved into ramen restaurants renowned throughout Japan. They are recommended to first time visitors to Tokyo or Japan.

Do you know about the shop said to be Japan's best ramen restaurant? That would be "Chuka Soba Tomita," in Chiba Prefecture's Matsuko City.
It is a famous shop among famous shops; Tomita has won the grand prize in TRY (Tokyo Ramen of the Year) for 4 consecutive years, has earned many victories at tournaments such as Dai Tsukemen Haku for being top-quality tsukemen, and has had its praises sung by many famous ramen critics.

Further reading: A 5-Hour Wait at "Tomita" in Chiba Prefecture's Matsuko?! The #1 Tsukemen in Japan That's Worth the Wait!

Nakiryu in Otsuka was given the great honor of receiving a Michelin Star from the 2017 Tokyo Michelin Guide. Once a local famous restaurant, Nakiryu now is well-known throughout Japan and becomes a must-visit restaurant for Japan’s old hands at ramen. Chickens, beef bones and oysters are cooked to make rich broth, which renders the tantan men (Japan-style Dandan noodles) stunningly delicious!

In 2016, when Japanese Soba Noodles Tsuta, situated in Tokyo’s Sugamo, became the first ramen restaurant that was awarded a Michelin star in the world, the restaurant was instantly on everyone’s lips in Japan. There are two-star and three-star restaurants, but scooping a star from the Michelin Guide is already an extraordinary achievement for a ramen restaurant!

Ippudo, also known as Hataka Ippudo, has stayed perennially popular since it was started in Hataka, Fukuoka in 1985. The signature tonkotsu broth is made by simmering different parts of pork bones while the noodles are made from special flour with secret recipe. Now, the restaurant has established branches around the world.

Further reading: Even Fukuoka Locals (known for their love of Ramen) Recommend the King of Ramen, Hakata Ippudo.
Information on Hataka Ippudo

The signature ramen by Ichiran also originating from Fukuoka also features tonkotsu broth. Moreover, the restaurant is characterized by its paper order sheets, on which customers can circle their preferences to customize the flavor and toughness of noodles. Customers having no knowledge of Japanese need not worry as order sheets in English or Chinese are also served in the restaurant.

Now miso ramen enjoys widespread popularity in Japan, to which Sumire, a time-honored restaurant originating from Sapporo, has made invaluable contribution. So if you want to sample authentic miso ramen in Tokyo, you can visit the branch of Sumire established in the Shin-Yokohama Ramen Museum.

Ebisoba (“shrimp ramen”) Ichigen, originating from Sapporo, is a ramen restaurant famous for its sweet shrimp broth; it is said that, to simmer the soup, Ichigen Sapporo goes through 60 kg of sweet shrimps each day. The ramen comes in three different flavors, ebi-miso (miso & shrimp), ebi-shio (salt & shrimp) and ebi-shoyu (soy sauce shrimp), and customers can further select the richness of the soup. Ichigen even established a branch in Taipei’s Xinyi District in 2015.

Since its establishment in Okina, Menya 7.5 Hz, a famous restaurant specializing in cooking Takaida ramen (a representative of Osaka ramen), has grown in popularity and then opened a branch in Shimbashi, Tokyo.
The restaurant is named “7.5 Hz” because that the brain waves of people in a happy mood are allegedly to be at such frequency. The owner of the restaurant is confident that the brain waves of its customers will be at the frequency of 7.5 Hz.

Further reading: Delicious Shoyu Char Siu Ramen by Menya 7.5 Hz! (With information on its branches in Osaka and Tokyo)

In addition to restaurants serving traditional miso, tonkotsu or shio ramen, in Tokyo there are also quite a few classic ramen restaurants featuring savory and spicy ramen or ramen topped with specially-cooked char siu. They cater to those favoring spiciness or char siu or having a big appetite.

Situated in Toshima, Tokyo, Kitaotsuka Ramen is a ramen restaurant famous for its char siu. A sight of the mountain of char siu topping the noodles makes customers mouth-watering. People loving the char siu in a bowl of ramen should not miss the sea of char siu by Kitaotsuka Ramen.

Further reading: Kitaotsuka Ramen in Tokyo and Its Scrumptious Char Siu Covering the Bowl of Ramen.

Further reading: A Visit to Umakara Ramen Hyori in Suidobashi for a Deluxe Bowl of Ramen with Mega-size Karaage on Savory, Spicy and Thick Soup!

A bowl of appetizing ramen fully covered by much pork back fat must be irresistible in the eyes of many people, although they think such dish is not good for their health. In addition, the extremely soft and savory char siu hidden underneath pork back fat is very invitingly delicious as well! The char siu and the marinated egg are both the superb match with the huge amount of noodles by Hirataishu Ajian.

Nakamoto, a ramen restaurant renowned for its super-hot and spicy ramen flavor, has set up 16 branches at the prime locations respectively in Shinjuku, Shibuya and Shinagawa in Tokyo Metropolis, and establish itself as a celebrated brand of superb hot & spicy ramen. The restaurant mainly features super-hot & spicy and addictive ramen, a large bowl of ramen weighs up to 1340 g, and it is very popular among the youth in Tokyo.

In the “ramen arena” of Tokyo, some restaurants strive to improve the flavor of their ramen, and some others attain success by cooking and serving creative ramen varieties. If you have eaten enough authentic varieties of ramen, you can have a try of those unconventional flavors.

Yamate ramen Hongo Anan, near world-famous Tokyo University, features a ramen dish containing around 600,000,000 euglenas, which boast 59 varieties of nutrients. In recent years, as a nutritionally balanced dietary supplement, euglena attracts public attention. You can come to the restaurant to have a taste of the green ramen!

Fugu-dashi Hachidaime Keisuke, situated in Tokyu Plaza Ginza, is a restaurant where you can try the world’s first puffer-fish based ramen! As fugu is highly expensive, even the cheapest fugu-based ramen goes for a whopping 1,000 yen. It’s definitely at the luxury end of the scale!

Japan has many specialties, and Natto is one. It typically is eaten on rice. But, have you ever sample natto ramen? Ramen Horiuchi situated in Tokyo’s Shinjuku is a ramen restaurant mainly serving natto ramen!

Ramen is generally said to be oily, high-calorie and over richly flavored, this has caused fear in some prospective women customers. In fact, there are quite a few ramen restaurants mainly targeted at women in Tokyo.

On Tokyo Ramen Street in First Avenue Tokyo Station, there is a ramen restaurant called Soranoiro, which is much fit for ladies. The restaurant has gained huge popularity among women for its emphasis on use of copious vegetables in Vege Soba (vegetable ramen). The restaurant’s ramen is garnished with invitingly bright-colored vegetables, such as cabbage, sweet potato, lotus root and cauliflower.

Torisoba Soruto, situated in Shimokitazawa, is a ramen house that only serves chicken shio (salt) ramen. Clear stock and colorful vegetables are very pleasing! The ramen is recommended to ladies as it is topped with different vegetables in different season.

This restaurant first opened in April of 2016, and in less than a year it has grown rapidly, becoming an extremely popular restaurant! There is always an orderly line out the front of the shop, and they serve around 100 bowls of ramen every day until they run out.