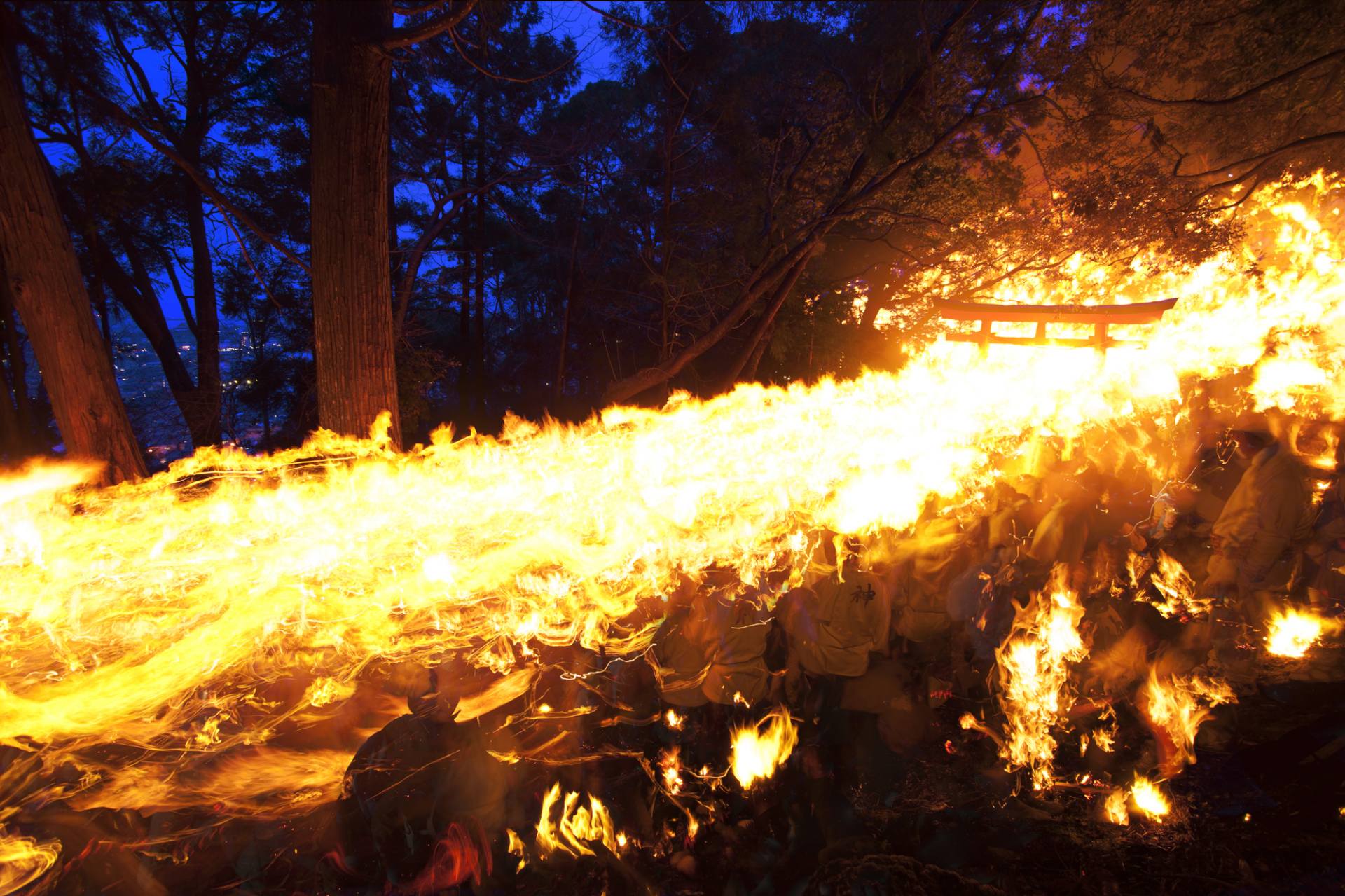 Wakayama Prefecture’s “Oto Matsuri,” a Festival with Around 1400 Years of History

Like a Descending Dragon! The Men’s Fire Festival Was Amazing!

Oto Matsuri is a nighttime fire festival held annually on February 6th at World Heritage Site Kamikura Shrine.
Oto Matsuri has also been designated as an Intangible Folk Cultural Asset of Japan. The festival was originally held to perform “baptisms by fire.”
During the festival, around 2000 worshippers (all men), called “noboriko,” don traditional clothing, carry torches, and visit Asuka Shrine, Kumano Hayatama Taisha, and Myoshin-ji before finally climbing up to Kamikura Shrine before it reaches 19:00.
After that, the torches carried by the noboriko are lit, and the moment the shrine’s gates open the noboriko all swarm down the 538 stone steps from Mt. Kamikura’s summit. The stream of men bearing torches is reminiscent of a descending dragon.

The festival is not limited to just locals, so tourists can participate as well, but women are unable to take part; the festival is a men-only festival due to the dangers. (They can watch from the path at the foot of the mountain, however.)

Video of Wakayama Prefecture’s “Oto Matsuri,” a Festival with Around 1400 Years of History