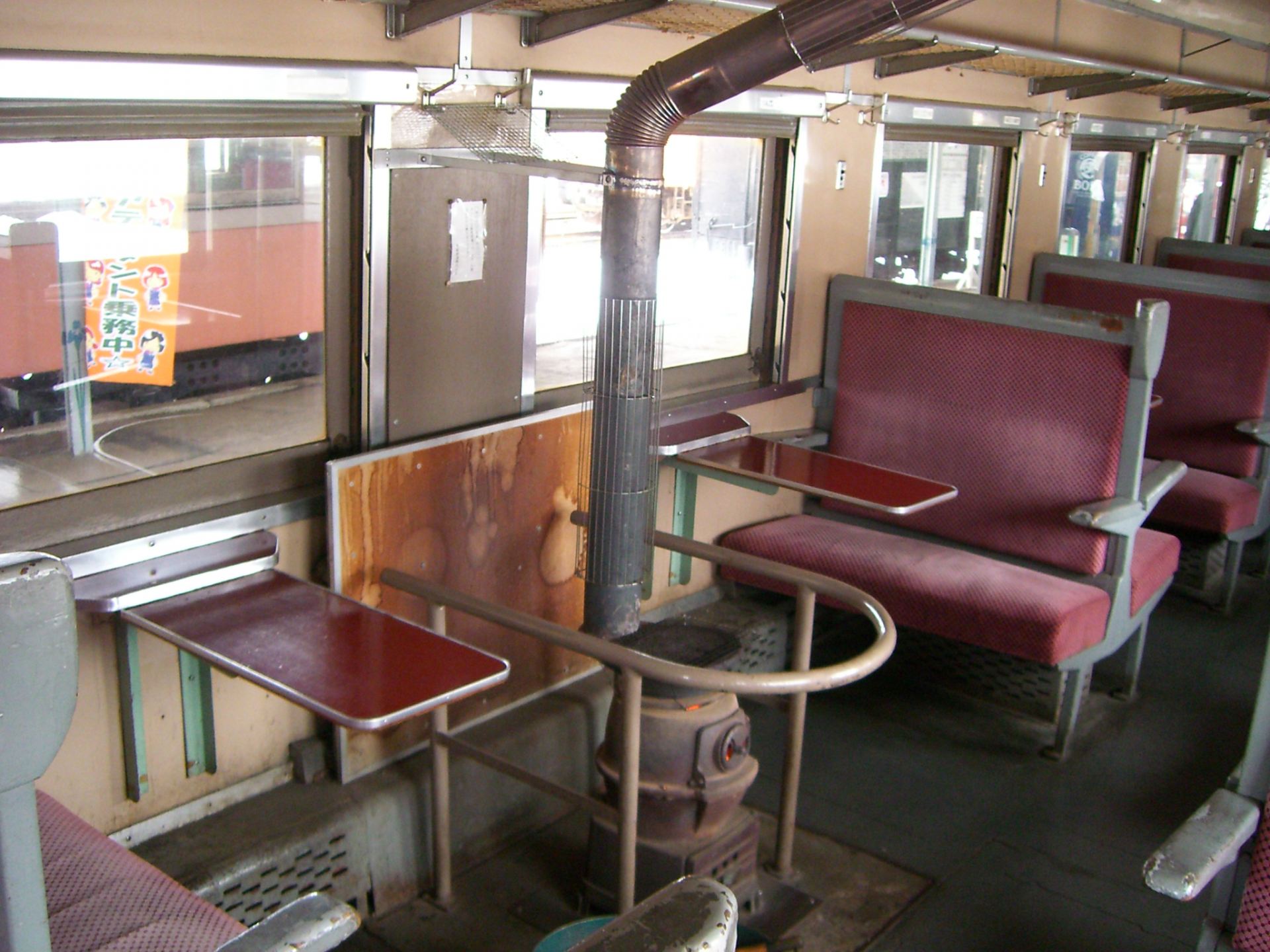 I stored my belongings in a coin locker there (300 yen), then entered Tsugaru Railway.

Waiting at the station was an orange diesel train car. From here, we head further north. After about 20 minutes of riding on the shaky train, I arrived at Kanagi Station.

During the climax of the performance, bits of confetti fell from above, setting a scene about the cold northern areas. Hearing genuine Tsugaru Shamisen for the 20-minute-long performance moved me.

Next I went to the neighboring “Shayokan.” Built by Gen’emon Tsushima (father of Osamu Dazai, a 20th century author), the building itself is built with a hip-and-gable roofing style.

Next I went to the neighboring “Shayokan.” Built by Gen’emon Tsushima (father of Osamu Dazai, a 20th century author), the building itself is built with a hip-and-gable roofing style.

Next I returned to Kanagi Station. I had lunch at Poppoya on the station’s second floor. Their shijimi (freshwater clam) ramen was crazy delicious! It had a refined salty flavor, and the clam broth was well pronounced. Incidentally, the clams came from Lake Juusan, located near Kanagi.

The return to Goshogawara Station was my main event, the “stove train.” To board the stove train, you need a “stove srain” ticket in addition to the standard train ticket. The incredibly old passenger car draws people in!

I came on a weekday, so it was pretty empty. The seating is free rather than assigned, so you can sit anywhere that is unoccupied, but the most popular seats are by the stove. Right away, the coal begins to burn. This type of old-fashioned passenger train cars that are warmed by coal stoves are popular in the winter and with foreign tourists.

When you order the squid, they offer a service where they will grill and shred the squid for you over the stove. It made such an amazing smell waft all around. Snacking on squid, sipping on sake, and looking out the window to see the winter scenery…. It really makes you think something like “I really am up in the north,” while you enjoy the journey in the stove train.

I arrived at the “Tachineputa Museum” after walking (a bit tipsily) from Goshogawara Station for about 10 minutes. The building looks brand-new, and it stands apart from its surroundings.

This museum is in charge of the safekeeping and exhibition of items used in the annual “Tachineputa Matsuri,” which is held August 4th through 8th.

When I entered the museum, I was overwhelmed with the intensity of its contents. Using part of the 4th floor atrium, they have two giant “tachineputa” on display.

Apparently these two tachineputa are taken outside for the Tachineputa Matsuri (there is a partitional door on the 4th floor that they can exit through). These may be overwhelmingly huge, but apparently tachineputa have been downsized since the advent of utility poles.

The museum has a glass-sided elevator, so you can see the tachineputa from bottom to top when riding it!

The stove train’s period of operation is limited to the winter only. It only makes three round trips per day, from December 1st through March 31st.

Be sure to visit Aomori Prefecture’s Goshogawara in the winter!

You can plan efficient routes with the information given below!

Timetables are current as of January, 2017. In general, you should consider connections to the Hokkaido Shinkansen at H as well.

Visit Along With: Hirosaki City Sightseeing – A Journey With Nebuta, Tsugaru Shamisen, and Gourmet Food!